Jet about to land hits caribou at Deadhorse Airport 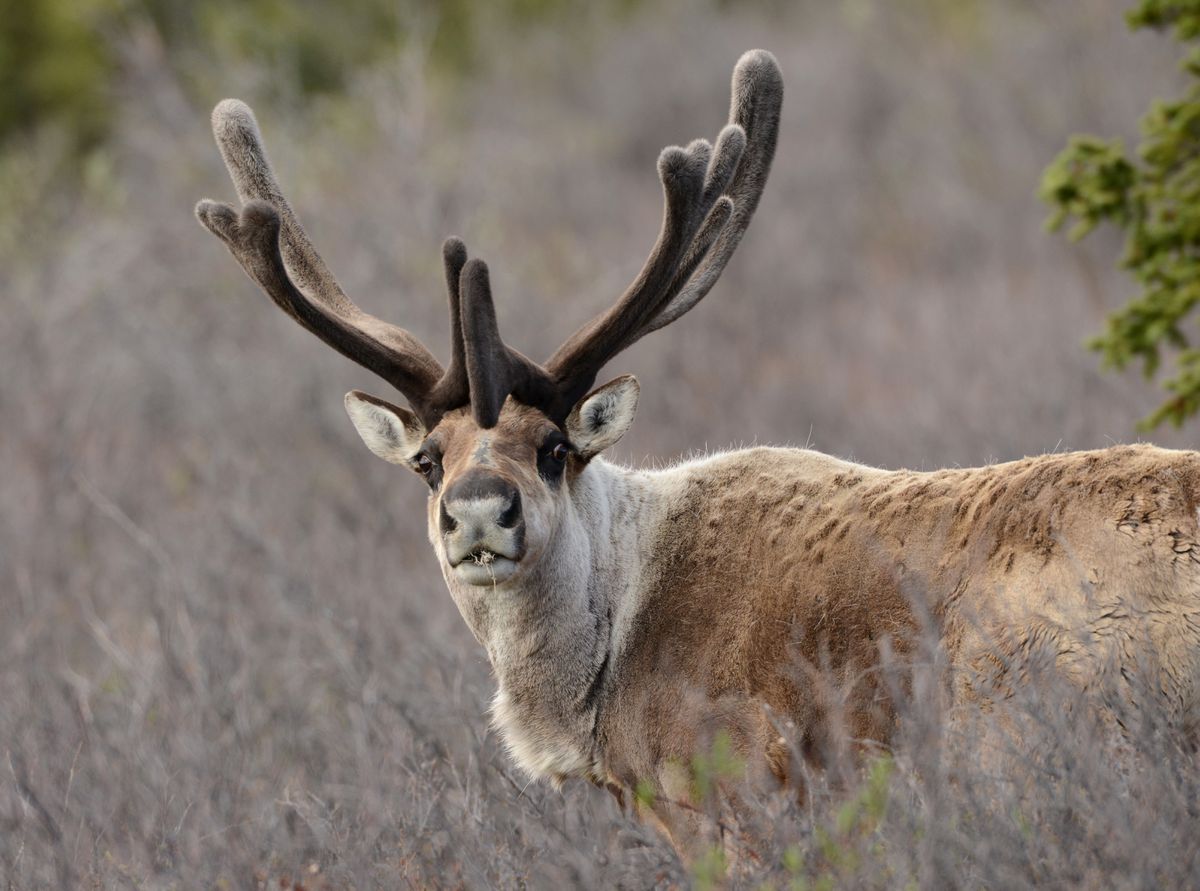 A bull caribou checks out the traffic on the road into Denali National Park in May 2015. (Bob Hallinen / Alaska Dispatch News )

A bull caribou checks out the traffic on the road into Denali National Park in May 2015. (Bob Hallinen / Alaska Dispatch News )

A plane trying to land at Deadhorse Airport on Alaska's North Slope hit and killed a caribou with its landing gear on Friday.

The Shared Services Boeing 737, operated by ConocoPhillips and jointly owned with BP, aborted its landing around 11:05 a.m. at the airport after the flight crew saw a caribou on the runway, ConocoPhillips spokeswoman Natalie Lowman said in an email.

"During the abort procedure, the caribou was struck by the landing gear, and perished," she said. "The pilot saw the caribou prior to landing and initiated a go-around, but not in time to avoid contact with the caribou."

After the plane hit the animal, the flight crew "conducted a subsequent low pass over the airport so maintenance personnel on the ground could make a preliminary damage assessment prior to landing," Lowman said.

The plane then landed at the Deadhorse Airport "without further incident," she said. No damage to the plane was identified and it is back in service.

Scott Austin, foreman at the Deadhorse Airport, said the caribou ran out onto the runway as the plane was on its final approach and was decapitated by the aircraft. If the airport crew had seen it before, he said, someone would have notified the flight crew.

Last week, a herd of about 4,000 caribou passed through and ended up on parts of the runway, Austin said. It took airport workers nearly half an hour to herd them all off, he said, and this one was likely a straggler.

"You get stragglers all the time," he said. "Once they start coming through, migrating, we'll have them for weeks."

Shared Services flights transport oil field workers to and from the Slope. Lowman said 100 passengers and five crew members were on the plane.

Federal Aviation Administration spokesman Allen Kenitzer said in an email that he did not have additional details about the incident.