Ravn Alaska, under scrutiny after fatal crash, gets new management 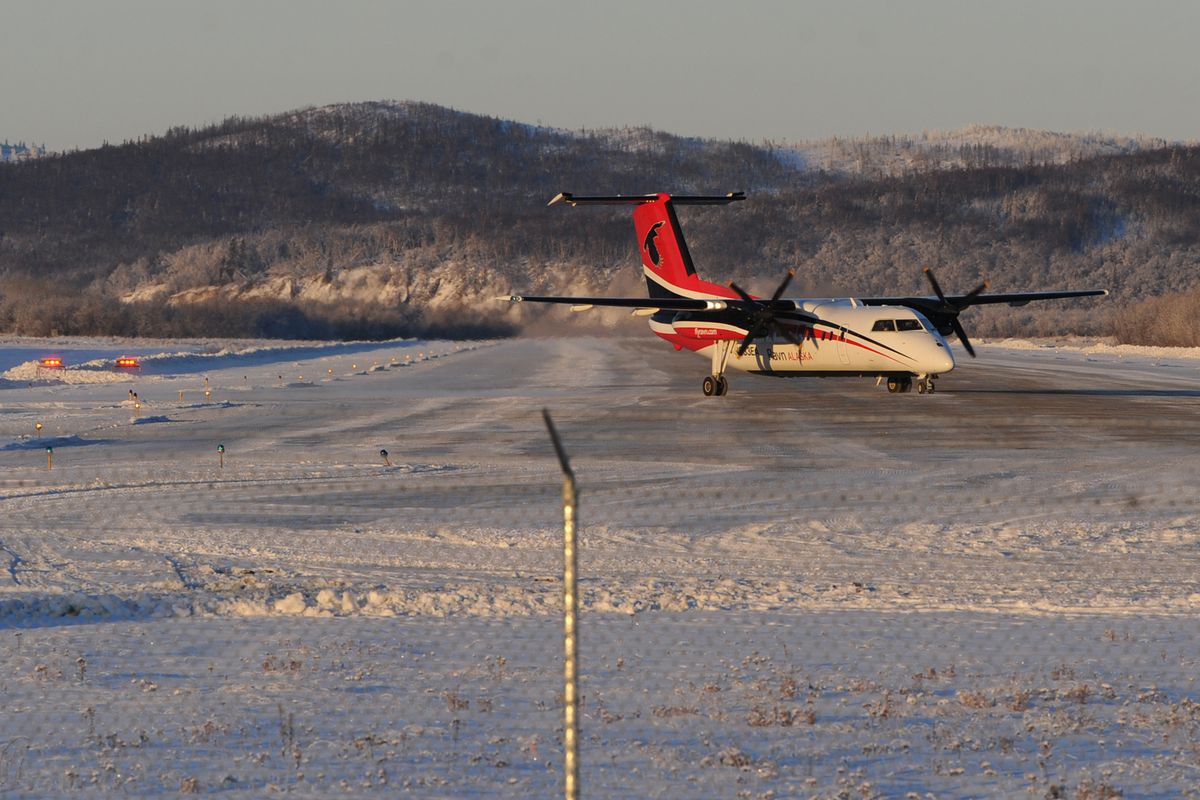 A Ravn Dash 8 prepares to take off from the Aniak Airport for a return flight to Anchorage on Monday, Jan. 9, 2017. (Bill Roth / Alaska Dispatch News)

A Ravn Dash 8 prepares to take off from the Aniak Airport for a return flight to Anchorage on Monday, Jan. 9, 2017. (Bill Roth / Alaska Dispatch News)

BETHEL – A management shakeup at Ravn Alaska's corporate parent comes at a time when Alaska's biggest regional air carrier is under intense scrutiny for a 2016 crash in Southwestern Alaska that killed two pilots and the sole passenger.

From the chief executive officer on down, a new top team at Ravn Air Group Inc. is in place to simplify management of its three airlines, the corporation said in a recent written statement.

Corporate officials declined to answer questions about the changes in management, plans for the direction of Ravn or safety concerns.

The latter were underscored in August when the National Transportation Safety Board held a rare hearing in Anchorage examining what went wrong in the crash a year ago on a Ravn flight from Quinhagak to Togiak. Hageland Aviation Services, one of the carriers under the Ravn brand, was the operator.

Ravn Air Group formed in 2015 as a Delaware corporation when private investor groups bought a majority interest in the Alaska-based group of operators. Private equity firms J.F. Lehman & Co – which focuses on defense and aerospace – and W Capital Partners bought in. One of the founders, the Hajdukovich family of Alaska, kept a minority interest in Ravn Air Group. John Hajdukovich was the longtime owner of the former Frontier Flying Service out of Fairbanks.

The new leadership team is led by Dave Pflieger, president, chief executive officer and board member. He replaced Bob Hajdukovich – John's son — in August as president and chief executive. Bob Hajdukovich was "elevated" to vice chairman of the board focusing on long-term growth and business relationships and acquisitions, the corporation said.

In Fiji, he was controversial – some praised him for turning around the government-backed airline, but unions said he pushed through a measure that took away collective bargaining rights.

According to Ravn, the other top executives on the new team are:

– George Snyder, acting chief operating officer and executive vice president of safety. He's an experienced pilot with history at U.S. Airways and Korean Airlines in racking up 12,000 hours of flight time. His focus is safety and he was chief executive and chairman of the airline safety auditing firm, GHS Aviation Group.

– Len Sloper, senior vice president for airports, cargo and real estate. He grew up in Juneau and has worked for Alaska Airlines, Virgin America and Fiji Airways. For Alaska Airlines, he managed the Los Angeles station, its second largest.

– George Nichols, chief information officer with 30 years experience in information technology including most recently at Island Air in Hawaii.

– Wendy Yow, human resources director, who has been with Ravn seven years and has 20 years of experience in her field.

The challenges are immediate and immense for Ravn airlines that bring people and goods to rural villages and hubs.

Alaska Airlines this summer canceled an agreement with Ravn to "codeshare," an industry term that allowed customers to book a ticket on Alaska that included legs operated by Ravn. That sent business Ravn's way that it might not get otherwise.

Neither airline would discuss the reasons for or implications of that change. The two airlines are still mileage plan partners.

In addition, the National Transportation Safety Board is taking a hard look at the operations of Hageland in its investigation of last October's crash.

The pilot was flying low under visual flight rules when he slammed into a mountainside near Togiak. A ground-based employee had recommended the pilot use instrument flight rules, which requires checking in with an air traffic control tower and is done when views are obscured by clouds or darkness. But the pilot decided not to do that, NTSB was told. The pilot also had switched off a terrain warning system.

When pilots fly lower than 700 feet above ground level, the warning system activates repeatedly, so it is often switched off, which is appropriate if visibility is good, Hageland's chief pilot, Erin Witt, told NTSB.

Witt said there is nothing wrong with flying 500 to 700 feet above ground level when a weather ceiling prevents going higher. "Each and every one of those operations is safe, legal and best practice," she told NTSB.

The investigation is expected to wrap up next year with a determination on what caused the crash and recommendations on how to improve safety.

Ravn Alaska has more than 1,000 employees and 70 planes. It flies passengers, mail, freight and charters to more than 100 places in Alaska, including many rural communities. Earlier this year it bought the planes and equipment of a small competitor airline, Yute Air, that went out of business.