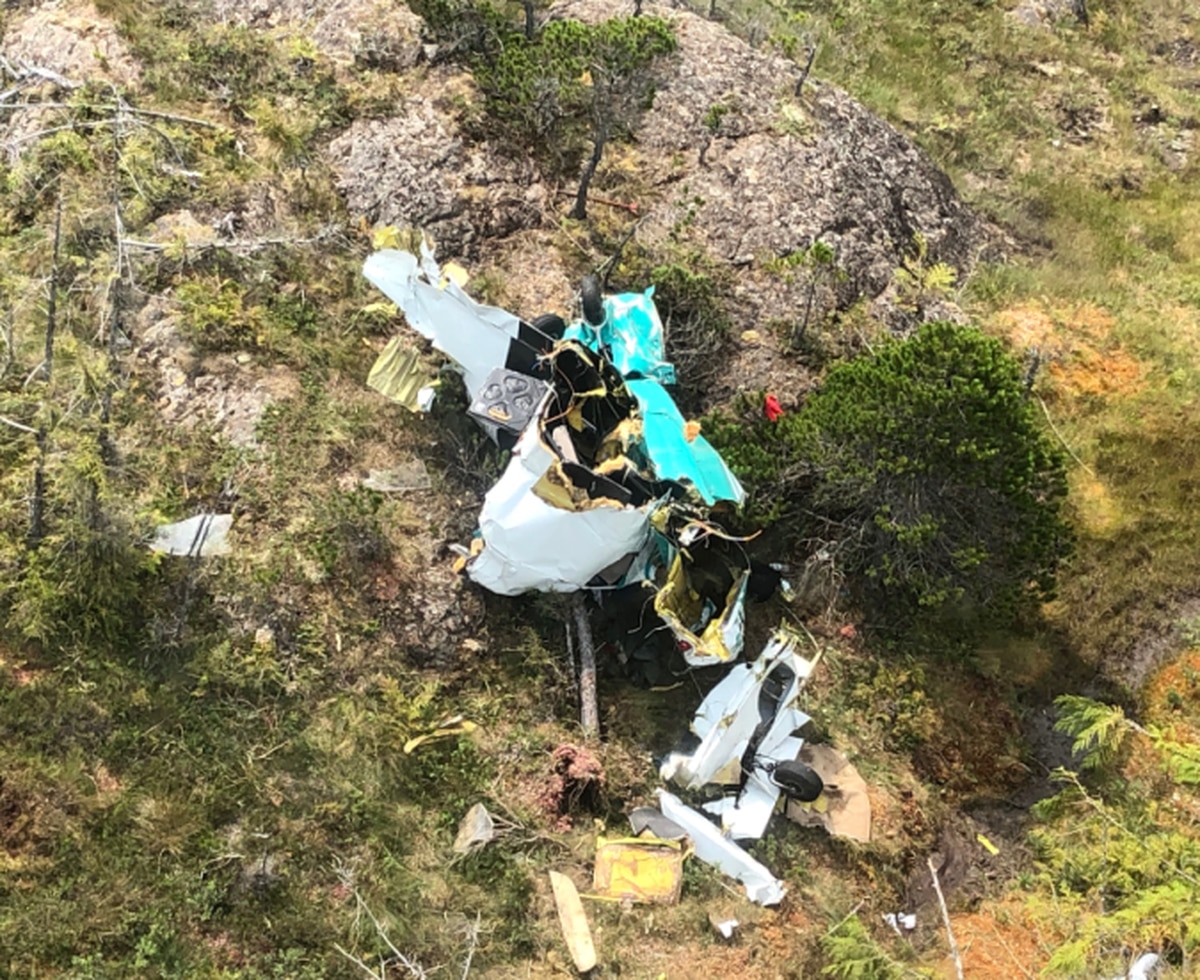 The wreckage of a Piper Comanche was located on a hill near Ketchikan after the plane crashed on July 11, 2019. Wrangell attorney Michael Nash died in the crash. (Photo courtesy of the National Transportation Safety Board)

The wreckage of a Piper Comanche was located on a hill near Ketchikan after the plane crashed on July 11, 2019. Wrangell attorney Michael Nash died in the crash. (Photo courtesy of the National Transportation Safety Board)

A new report on a fatal plane crash near Ketchikan last month says the pilot told relatives the weather might be bad in the area.

Wrangell attorney Michael Nash died in the July 11 crash after his Piper PA-24-180 flew into the side of an 800-foot hill on Gravina Island about 4 miles south of Ketchikan International Airport.

Nash left Friday Harbor, Washington, just after 10 a.m. Alaska time that day, according to a new preliminary report from the National Transportation Safety Board. A family member told investigators he was bringing the plane home to Wrangell after its annual inspection. Nash flew the route often, and planned to stop at Ketchikan to get cheaper fuel there.

The morning of the flight, the pilot told his family that the forecast “wasn’t looking good" for Ketchikan and he would fly around and continue on to Wrangell if that proved to be the case, the report said. He had said he had six hours of fuel.

As he neared Ketchikan, Nash told controllers he was on approach to a runway at Ketchikan’s airport, according to a Federal Aviation Administration report accessed by NTSB. Five minutes later, an Alaska Airlines Boeing 737 crew announced plans to land on the same runway.

“The accident pilot then reported that he ‘was hung up’" and couldn’t land as planned but would wait for traffic to clear before trying a slightly different landing pattern, investigator Noreen Price wrote. “There were no further communications received by the pilot.”