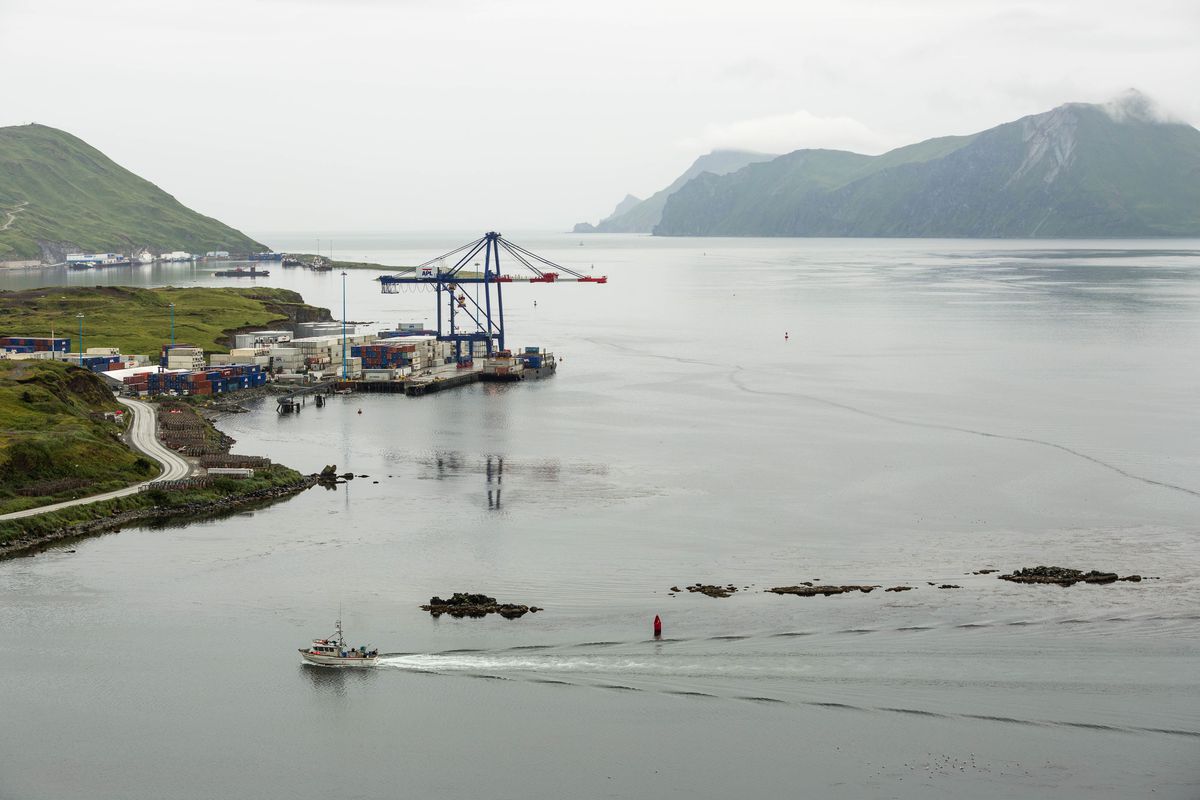 Jay Hebert is a Bering Sea skipper trying to get a group of king crab fishermen out of Unalaska’s flight-dependent port of Dutch Harbor, where a fatal plane crash suspended regular air service this month.

They’ve agreed to pay $15,000 for eight seats on a flight he chartered, Hebert says. “That’s how desperate it is.”

City officials in Unalaska on Tuesday declared a local emergency and asked for permission to organize three round-trip charters a week given the lack of a “fixed, known date” that regular air service will return and the likelihood the community will be without it until at least Nov. 8.

Regular air service between Unalaska and Anchorage was suspended after the Oct. 17 crash of a Saab 2000 twin-engine turboprop operated by Ravn Air Group at Unalaska’s airport two weeks ago. The plane overran the runway, killing a Washington state man. Ten others required medical attention.

The community of more than 4,000 residents sits on an island battered by Aleutian weather about 800 miles southwest of Anchorage. With thousands of fishing industry employees trying to get out of Unalaska and processing companies filling charter seats with workers, locals say, it’s becoming increasingly difficult for the average Unalaskan to leave.

Residents describe separated families and increasingly urgent medical needs. A few who could afford the up-front payment have started chartering flights and selling seats via social media to provide the community with travel options.

Hebert and his wife paid just under $14,000 to charter a Security Aviation plane for the fishermen Friday. If they can get takers for the Anchorage-Unalaska leg of the run, the per-seat cost will drop. But right now, it pencils out at $1,875 a person though the fishermen will get refunded as people book seats on the Anchorage leg.

The group was "willing to pay any cost to get out of town,” Hebert said Wednesday. “The average person in this community, they can’t afford a thousand-dollar ... a fourteen-hundred dollar ticket.”

Alaska Airlines, which marketed up to three scheduled daily flights, is canceling trips through Nov. 20, a spokesman said Wednesday.

Ravn is continuing to prepare to start new scheduled flights with a de Havilland Dash 8 sometime next week, a Ravn spokeswoman said. “As soon as we are ready to start flights, and we have received (Federal Aviation Administration) approval to add this airport to our operations specifications, we will make an announcement regarding the date service will begin,” the company said in an emailed statement.

The city of Unalaska wants to start organizing its own charters, in part because “the high cost of chartering a flight puts (private charter service) out of reach of persons without the means to charter an entire plane,” according to a resolution approved by the city council Tuesday night.

In order to start, the city needs a waiver to the U.S. Department of Transportation’s public charter operator requirements.

The city wants to sell seats on city-organized charters without markup beyond the basic cost to the city. The council approved spending municipal funds for up to three weeks or until regular air service resumes.

There are maybe a half-dozen charters making trips between Anchorage and Unalaska every day, including the 29-seat Dash 8 Ravn is flying. Big seafood processing companies are tying up entire flights, locals say.

There are still charters available outside of that, operators say.

“We’ve done two or three already in the past three days of just a guy calling up and saying, ‘I need a plane, I want to get home, and I’m willing to find 10 people,’" Deaton said. “We’re moving, in the last four weeks, hundreds of people in and out of Dutch.”