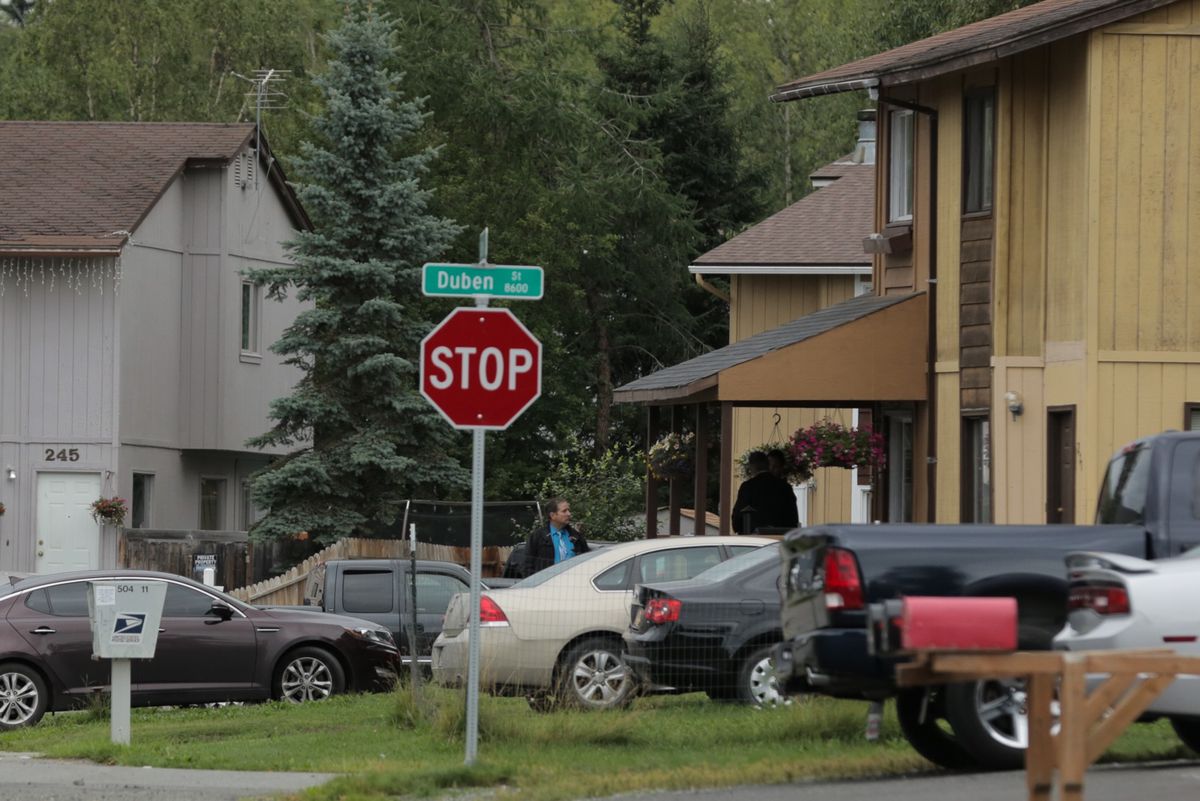 Anchorage police released details Sunday night of a man they described as a "person of interest" in the killing of Treyveonkindell Thompson, a 21-year-old who was found shot to death on the side of a residential street in Muldoon early on July 29.

The Anchorage Police Department also announced that the FBI was offering a cash reward of $10,000 in the investigation.

Markiewicz said police had developed a profile based on "witness statements" about the slaying. Markiewicz would not say whether police used surveillance video to develop the sketch of the person of interest. The sketch was released at 7 p.m. Sunday, along with a photo of a bicycle the victim had been riding before his death.

Police have been searching for the person of interest, including in outdoor camps in the Muldoon area, Markiewicz said.

"We're looking in that neighborhood, and yes, we're looking at some homeless camps," he said.

With no new leads, the department had decided to take the information public, Markiewicz said.

The detective repeatedly batted down questions about whether the person sought by police might be connected to other unsolved slayings in recent months. Anchorage has seen a near-record 25 homicides so far this year, including 15 from late June until the end of August.

[Anchorage is on track to break the record for most homicides in one year. What's going on?]

"I'm not here to speculate about other unsolved cases," Markiewicz said. "I'm here only to talk about this case."

APD spokeswoman Jennifer Castro said the FBI had offered to help with the investigation. A cash reward beyond that offered by the Crime Stoppers program, which caps rewards for information at $1,000, might be a way to shake loose new information that could lead to an arrest, she said.

Markiewicz and Castro would not directly address why the FBI was involved in this specific case beyond saying that the federal crime investigation agency assists local police in some homicide investigations.

Thompson grew up in Anchorage and was in the process of joining the U.S. Army, Markiewicz said.

"The more we learned about Treyveonkindell the more we realized he was a good guy, a kind, nice man who had a future," Markiewicz said. "There are a lot of unanswered questions here."