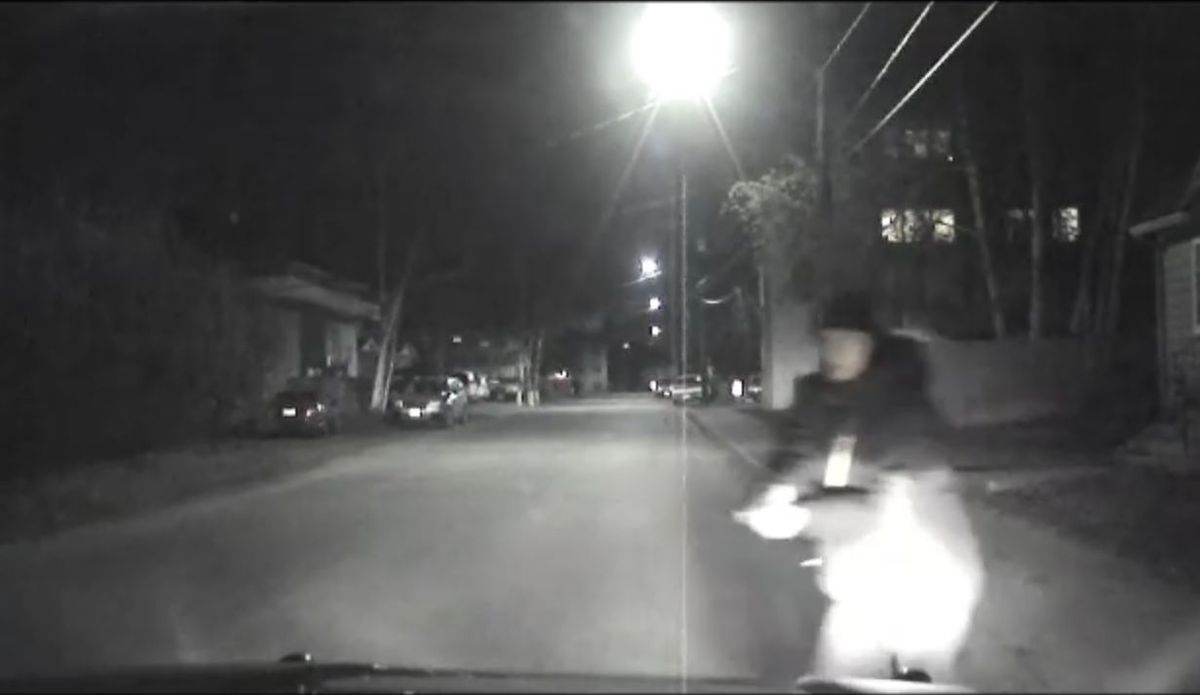 A Fairbanks police officer responding to a call early Sunday was shot and seriously injured by a suspect who then stole the officer's patrol car before abandoning it a few blocks away, according to the Fairbanks Police Department.

The suspect was still at large as of Sunday night.

According to a statement from FPD, Sgt. Allen Brandt was responding to a report of shots fired on the 300 block of Seventh Avenue shortly after midnight.

"As multiple calls came into the dispatch center, a responding officer radioed that he was shot," the statement said.

Video from a dashboard camera shows Brandt's patrol car coming to a stop next to a man walking down the sidewalk, dressed in a heavy coat and a hat. The man briefly disappears from view on the right side of the video before running in front of the vehicle with what appears to be a gun in hand.

"After shooting the officer, the suspect fled the scene in the officer's patrol car," the FPD statement said.

The patrol vehicle was recovered not far from the scene of the shooting, police said. A second dashcam video shows what appears to be the same man from the first video walking away from the patrol car.

Brandt was first taken to Fairbanks Memorial Hospital for treatment of "serious injuries from multiple gunshot wounds" before being flown to Anchorage for additional treatment. He is an 11-year veteran of the department who was promoted to sergeant last May, according to a post on the FPD Facebook page.

McCulloch would not provide additional information on the nature of Brandt's injuries Sunday, though an update Sunday evening from FPD said he was in stable condition.

Police described the suspect as a man in his late 20s, wearing a dark jacket, dark pants and a knit hat. Police described the man as Alaska Native, a description that McCulloch said came from "information we got from the investigation," though it wasn't clear if that was based on witness accounts, the dashboard video or information provided by Brandt.

"The Fairbanks Police Department urges the public to be safe as the suspect is still at large and should be considered armed and dangerous," the statement said.

McCulloch said investigators were following up on leads Sunday and were asking for help from the public. Anyone with information about the shooting is to call the Fairbanks Police Department at 907-459-6800.