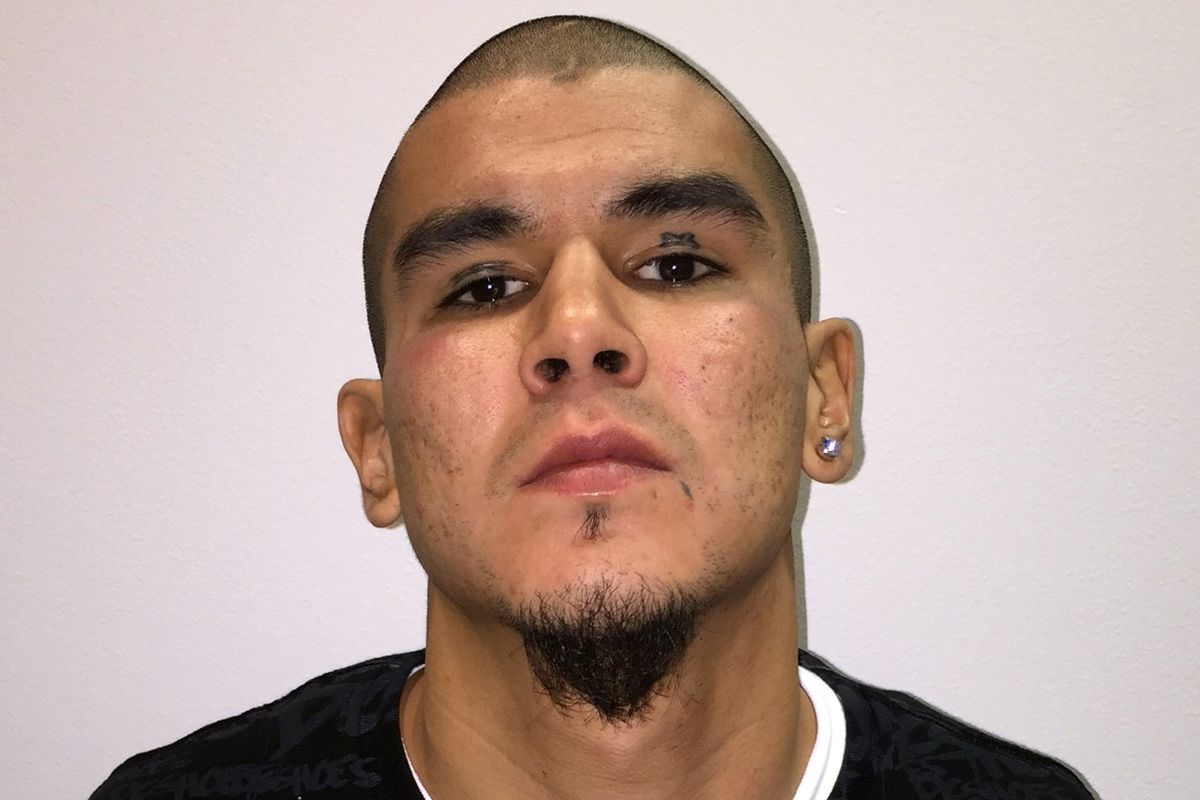 Anthony George Jenkins-Alexie was taken into custody Tuesday and charged with attempted murder in the first degree in the shooting of Fairbanks police officer Allen Brandt. (Fairbanks Police Department)

Anthony George Jenkins-Alexie was taken into custody Tuesday and charged with attempted murder in the first degree in the shooting of Fairbanks police officer Allen Brandt. (Fairbanks Police Department)

The charging document in the case of Anthony George Jenkins-Alexie, accused of shooting a Fairbanks Police Department officer on Sunday, indicate police gathered extensive evidence against the 29-year-old, but it's a confession note that prompted his admission of guilt.

Jenkins-Alexie stands accused of shooting and seriously injuring Sgt. Allen Brandt on Sunday, just after midnight. Brandt was one of several officers who responded to reports of shots fired and a man screaming in the 300 block of Seventh Avenue in downtown Fairbanks.

Following a two-day investigation involving multiple law enforcement agencies, Jenkins-Alexie was arrested and charged with attempted murder in the first degree, among other charges.

Once he'd been picked up, police found a three-page confession Jenkins-Alexie wrote after the shooting. Authorities say the note included information about the shooting not publicly released, including the model number of the weapon used to shoot Brandt.

He made an initial court appearance Wednesday at the Fairbanks Courthouse. Fairbanks District Attorney Gregg Olson said the court imposed a no-bail condition in the case based on the seriousness of the alleged offenses.

If Jenkins-Alexie wants an actual bail amount set, the law requires he convince a judge he is not a threat to the community, Olson said.

The charges say as Brandt drove east on Seventh Avenue in his patrol car, he encountered a man walking alone in the opposite direction. Brandt believed the man could be involved in the shots-fired call, so he slowed his vehicle to a stop, according to the charges.

That's when the suspect reached into his pocket or waistband and pulled out a silver pistol while quickly approaching Brandt's driver side door, according to the charges.

"Sgt. Brandt opened the driver side door of his patrol vehicle and attempted to escape to the rear of his vehicle for cover. During this time the male suspect began firing shots at Sgt. Brandt who returned gunfire," the charges say.

Brandt was injured and fell to the ground, according to law enforcement accounts. Prosecutors further allege Jenkins-Alexie took Brandt's firearm out of the hand of the officer who lay bleeding on the street.

Brandt had been shot six times, police said. The serious injuries he suffered required treatment in Anchorage, where he remained Wednesday.

Jenkins-Alexie also tried to take Brandt's clips of ammo, and when he failed he stomped on the head of the officer, according to the charges.

"Sgt. Brandt was able to stand up and gain distance from the suspect, before collapsing. The suspect was following Sgt. Brandt and mocking him," the charges say.

After Brandt collapsed in a parking lot, Jenkins-Alexie stole the patrol car but only made it several streets down the road as one of its tires was flat, the charges say. Prosecutors say when the suspect ditched the car in front of a business he left behind a pistol and Brandt's firearm.

Shell casings from the alleged shooter's 9 mm Ruger pistol were found at the scene of the shooting, according to the charges. Investigators also found similar gun shells, likely the result of the original 911 call of shots fired. Bullet holes were found in the east-facing wall of the Westmark Hotel — a bullet went through the window of a room and another went through the wall into a room, the charges say.

As the investigation continued Sunday morning, police recovered along Eighth Avenue what was believed to be the suspect's clothing: a face mask, hat, hoodie and jacket that had pieces of shattered glass and bullets in a pocket, according to the charges.

Several tips came in through the day about the whereabouts of Jenkins-Alexie leading up to the shooting.

Someone told police they were accosted by a group of people in downtown Fairbanks, one of whom brandished a firearm and identified himself as "Antman" about an hour before Brandt's response. Another tipster reported "a guy named 'Antman' was claiming responsibility for shooting a cop," the charges say. Both people identified the man as Jenkins-Alexie, according to the charges.

Using this information, police found the suspect's girlfriend and her residence, which happened to be a location where police found numerous shell casings on the night of the shooting, prosecutors said.

Police surveyed the home and determined Jenkins-Alexie lived there. They observed him until making an arrest without incident on Tuesday.

The charges against Jenkins-Alexie say he initially denied involvement in the shooting but admitted he shot Brandt and stole the police car after police informed him they had found a confession note in the residence where he'd been staying.

"I'm beat," Jenkins-Alexie said. He said he penned the letter shortly after the shooting, according to the charges.

During the police interview, Jenkins-Alexie asked for paper and pen to write an apology letter to Brandt.

Brandt continues his recovery at an Anchorage hospital. His condition is improving on a daily basis, said Phil McBroom, who is serving as a spokesman for Brandt and the family.

"He's able to walk for significant periods of time and his pain has been somewhat reduced," McBroom said.

Doctors are observing shrapnel that hit Brandt's left eye during the shooting. It is unknown if Brandt will regain sight to the eye, McBroom said.

Overall, Brandt and his family are very happy the alleged shooter was arrested without any other injuries to officers or community members, he said.