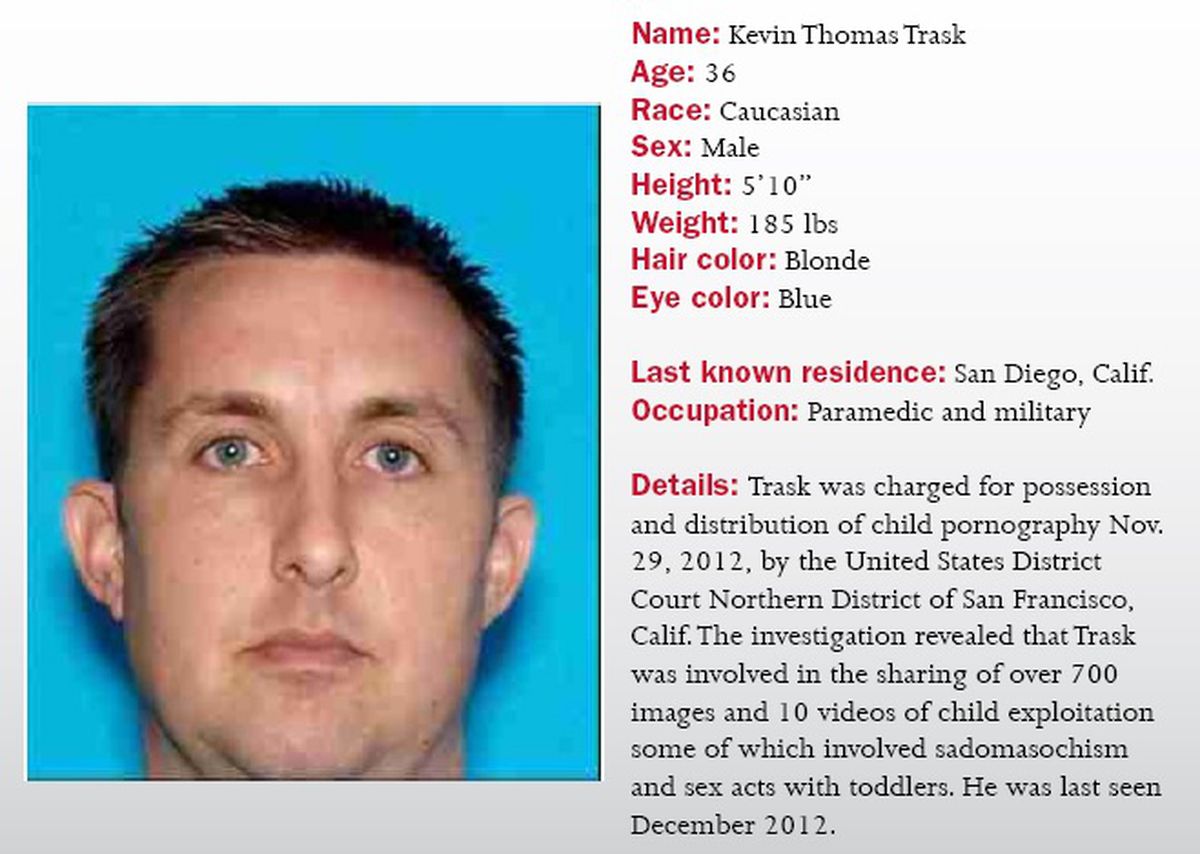 A fugitive on U.S. Immigration and Customs Enforcement's most-wanted list was taken into custody on child-pornography charges in Fairbanks this week, officials said.

Kevin Trask, 40, was arrested by a pair of Fairbanks International Airport officers just before 4 a.m. Tuesday, according to a statement from ICE.

"Trask was contacted by airport police during a routine traffic stop where he provided false identification," airport officials wrote in a statement. "Upon further investigation it was determined that Trask was wanted for possession and distribution of child pornography and was listed on the ICE Most Wanted list."

Airport spokeswoman Sammy Loud said that Trask was taken into custody in the University Avenue area. The FBI and airport police are jointly investigating the case.

"The police department and the FBI are still working together on the case and still unraveling who this guy is," Loud said.

According to an ICE bulletin on Trask, he was indicted on charges of possessing and distributing child pornography in November 2012.

"This investigation revealed that Trask was involved in the sharing of more than 700 images and 10 videos of child exploitation, some of which involved sadomasochism and sex acts with toddlers," ICE officials wrote. "He was last seen December 2012."

San Francisco TV station ABC7 said Trask — a paramedic who once lived in the Bay Area before his disappearance — was featured in a 2013 smartphone app ICE launched to highlight child-porn fugitives.

San Francisco-based ICE spokesman James Schwab said Thursday afternoon that Trask was being held by the U.S. Marshals Service pending his transfer to California. In an email, Schwab said "the capture would not have been possible" without detailed attention by officers at the airport.

"One thing we really want to highlight is the great work by the Fairbanks airport police," Schwab said by phone. "We really, really want to thank them."