Police: Man who made fun of his girlfriend killed by her son 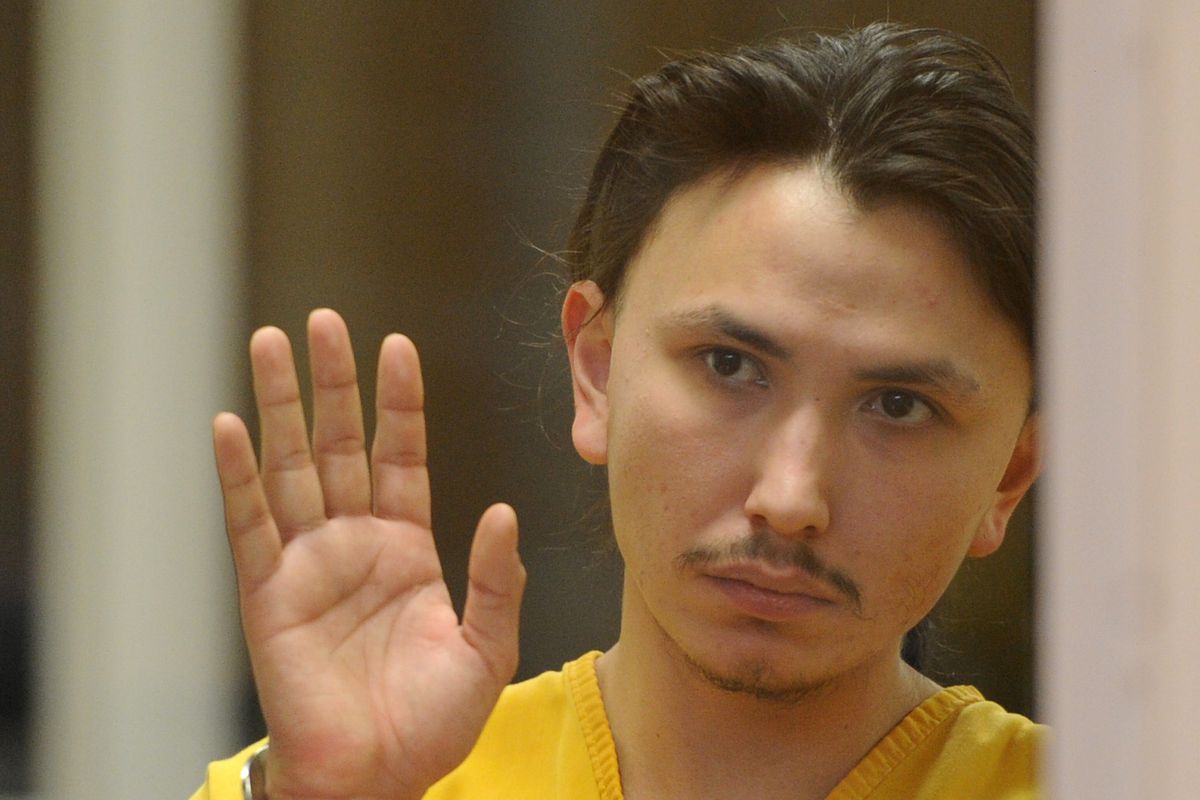 Elliot Myas was arraigned in the Anchorage Correctional Complex court on Tuesday on charge of manslaughter and second-degree assault after investigators say he admitted beating the victim overnight Sunday at the Econo Inn. (Bill Roth / Alaska Dispatch News)

Elliot Myas was arraigned in the Anchorage Correctional Complex court on Tuesday on charge of manslaughter and second-degree assault after investigators say he admitted beating the victim overnight Sunday at the Econo Inn. (Bill Roth / Alaska Dispatch News)

Anchorage police have arrested a man in a homicide — the city's first of 2017 — after investigators say he admitted beating the victim overnight Sunday.

Dispatchers received a call just after 6:15 a.m. Monday from a woman at the Econo Inn, 642 E. Fifth Ave., according to Anchorage Police Department spokesperson Renee Oistad. The woman said she couldn't wake up her boyfriend, whose name was being withheld by police pending notification of his next of kin; responding officers confirmed the man was dead.

"It appears that on (Sunday) several people were drinking and watching football," Oistad wrote in a statement. "During that time the victim was making fun of his girlfriend. After the victim went to sleep, the girlfriend's son physically beat the victim."

Officers arrested the son, 23-year-old Elliot L. Myas, on charges of manslaughter and second-degree assault. He was taken to the Anchorage Correctional Complex.

In a criminal complaint against Myas, APD Detective John Foraker said the victim was found in a room with four other people, including his girlfriend, Myas and two other men. All four were taken to police headquarters for questioning.

The girlfriend told police she, Myas, the victim and one of the two other men had been drinking at the inn on Sunday until she passed out. According to Foraker, she said "everyone was having a good time" and there weren't any arguments that night.

The first man told police he and the others had been drinking from a half-gallon bottle of whiskey until he passed out Sunday. At some point, he woke up when he heard "three clunks" and what sounded like grunting from the victim.

"He said the 'three clunks' sounded like a foot stomping the floor," Foraker wrote.

Foraker said when police spoke with Myas, he told investigators that he had also blacked out while drinking whiskey Sunday. Myas said he woke up with a sore right fist, probably from punching the victim in the face.

According to police, Myas said the victim hadn't assaulted him. He also ruled out any of the other three people police found in the room attacking the victim.

"Elliot had no explanation as to why he would have assaulted (the victim), other than saying that (he) often muttered mean things under his breath about his mom," Foraker wrote.

The girlfriend also told police she suspected Myas had attacked the victim because he "oftentimes says bad stuff about her in front of Elliot." After finding her boyfriend dead, she said, she called the second man to the room.

This week's death comes more than a week later in the year than the first of 2016's 34 homicides, the Jan. 5 shootings of 40-year-old Shannon Duke and her 18-year-old daughter Chloe Duke at a South Anchorage home.