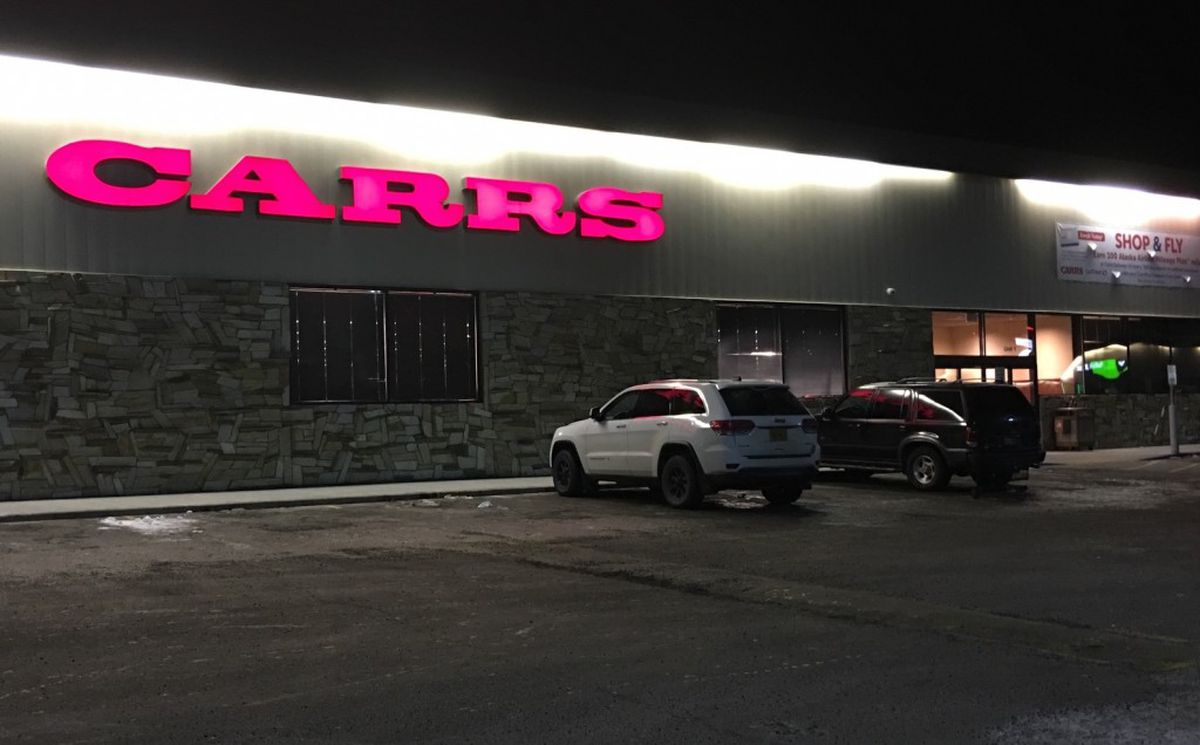 A newly deployed Anchorage police officer was severely wounded in a Muldoon fight early Wednesday with a knife-wielding man who also stabbed a woman before he was taken into custody, police said.

The Anchorage Police Department said in a statement Wednesday afternoon that Armando Antonio Walker, 27, will face one count each of attempted murder and first-degree assault in the altercation at a Carrs grocery store located at the intersection of Northern Lights Boulevard and Muldoon Road. He was initially taken into custody on previous charges of assault and criminal mischief stemming from a Jan. 24 assault against the same woman.

Both the woman and the police officer are expected to survive their injuries, police said.

APD Chief Chris Tolley declined to identify the injured officer by name at a press conference early Wednesday but said he was a December graduate of the most recent police academy.

"I went to the hospital and spoke with the officer, and he looked like he had been mauled by a bear," Tolley said. "There were several cuts on his hands and he had a puncture wound on his side."

The woman, who had a prior relationship with Walker, told police she was shopping at the store when he approached and engaged her in a "verbal confrontation."

"Walker threw her to the ground and threatened her both verbally and with a knife," police wrote.

According to Tolley, police didn't learn until later that Walker had assaulted the woman before APD's response.

"The female was leaving the store and (Walker) was following her to her car," Tolley said. "She came back into the store to gain refuge and store employees called it in."

APD Capt. Ken McCoy said two officers initially responded to the 12:07 a.m. call, with two more called in as backup. According to a statement, the first two encountered Walker as he was leaving the store.

"Officers approached and tried to contact him," McCoy said. "At that point he began to move his hands inside his jacket, which made officers believe he had a weapon."

Officers continued to give Walker verbal commands, which he ignored. The fight ensued when he tried to run away and police attempted to restrain him.

"A customer actually tried to help the officers subdue him, but he was so violent he continued to struggle," McCoy said.

Police eventually had to deploy both ranged and contact Taser charges on Walker to subdue him, McCoy said. The entire encounter with police lasted about five minutes. Tolley said they discovered Walker had two knives on him.

The wounded officer realized after the fight that he'd been stabbed and was taken to a hospital. The woman initially declined medical attention, but McCoy said she was also hospitalized after she was taken to APD headquarters for questioning.

"During the interview process the woman discovered her torso was bleeding and that is when a stab wound was discovered," police wrote.

The woman had also been injured in a Jan. 24 assault case involving Walker, which occurred at a home on Ridgeway Avenue, according to court documents. In a request for an arrest warrant for Walker from that incident, APD Officer Heather Mitzel said she responded to the residence shortly after 2:30 a.m. that morning.

The woman told officers that Walker had shown up at the home uninvited, and began yelling at her once he was inside, Mitzel wrote; when the woman's daughter tried to break up the dispute, Walker struck her.

The woman told Mitzel that she then ran to the home's garage, which she found had been opened. Walker followed her there and "punched her several times in the left side of the face" until she stopped calling for help, then ran away, Mitzel wrote.

Walker was originally held at the Anchorage Correctional Complex on two counts of second-degree assault involving repeated serious injuries, as well as one count of fourth-degree criminal mischief. He was scheduled to be arraigned Thursday on the new charges from the Carrs stabbing.