Teen gets 60 years in jail for killing his foster father 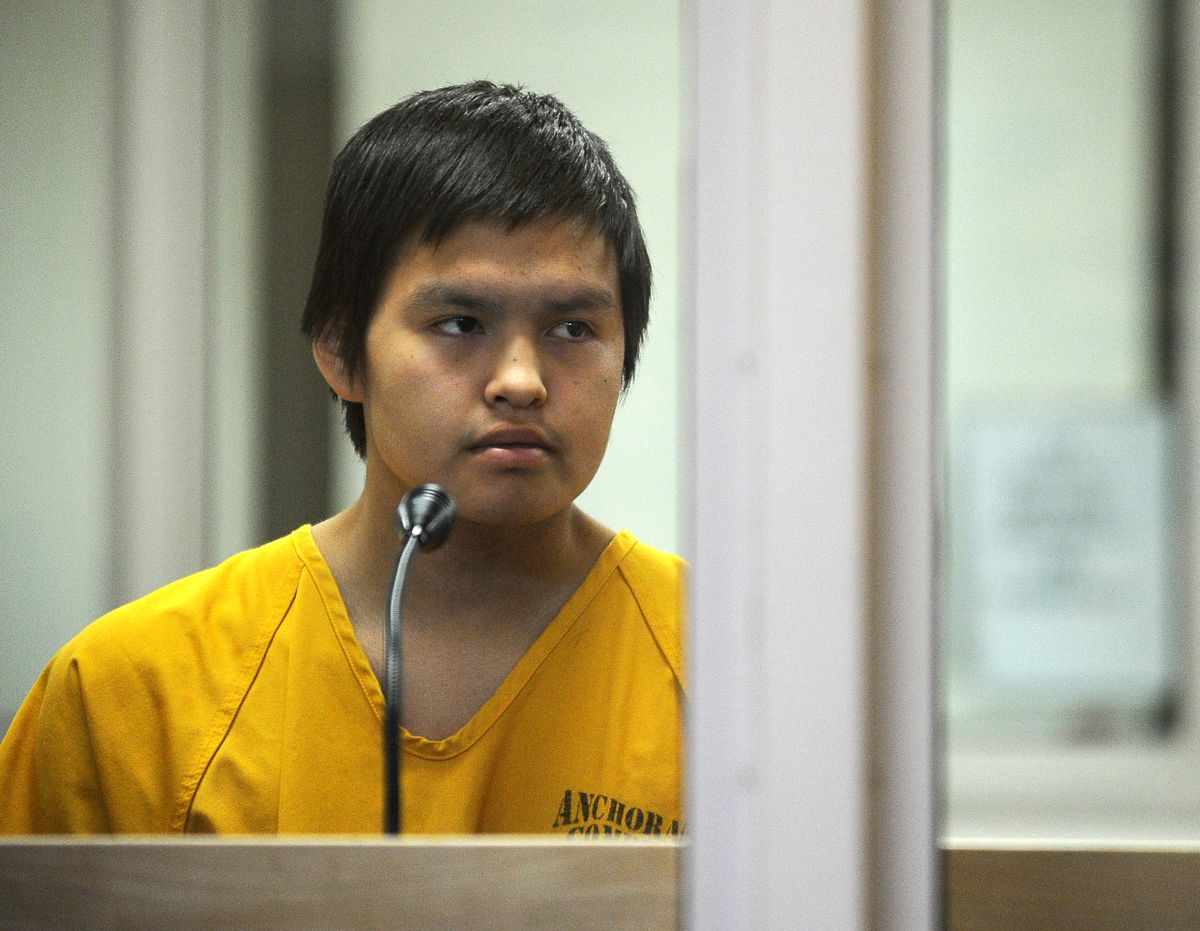 Peter Henry is arraigned for the murder of his foster father Marvell Johnson in the Anchorage Jail Courtroom on Oct. 8, 2014. (Bob Hallinen / ADN archive 2014)

Peter Henry is arraigned for the murder of his foster father Marvell Johnson in the Anchorage Jail Courtroom on Oct. 8, 2014. (Bob Hallinen / ADN archive 2014)

Peter Henry, 19, was ordered to spend the next 60 years in jail for the 2014 murder of his then-foster father, longtime public radio host Marvell Johnson, according to the Anchorage District Attorney's Office.

Henry pleaded guilty in December 2016 to first-degree murder, and Superior Court Judge Kevin Saxby on Wednesday accepted the plea deal reached between the state and Henry. Under the plea deal, Henry will serve 60 years in prison and 10 years probation. Prosecutors agreed to drop lesser charges of theft and tampering with physical evidence.

In October 2014, Henry shot Johnson at the family's home in East Anchorage. Henry was angry at his foster father for taking his electronic cigarette charger, according to court documents. Anchorage police found Johnson's body in an upstairs bedroom. He had been shot in the neck, chest, forearm, torso and back, said the district attorney's office.

Henry was one of many foster children taken in by Johnson and his wife. The couple also had four biological children between them and hosted a long-running, late-night radio show, "Soul to Soul," on KSKA-Anchorage. On the show, Johnson read letters from inmates in Alaska's prisons to those on the outside.

Shyla Fleming, one the foster children who lived with the Johnsons in 2005, said in an interview Thursday that she and her sister, also a former foster child, agreed the sentence gave Henry "more than enough time to think about what he's done."

"There's definitely some closure," she said.