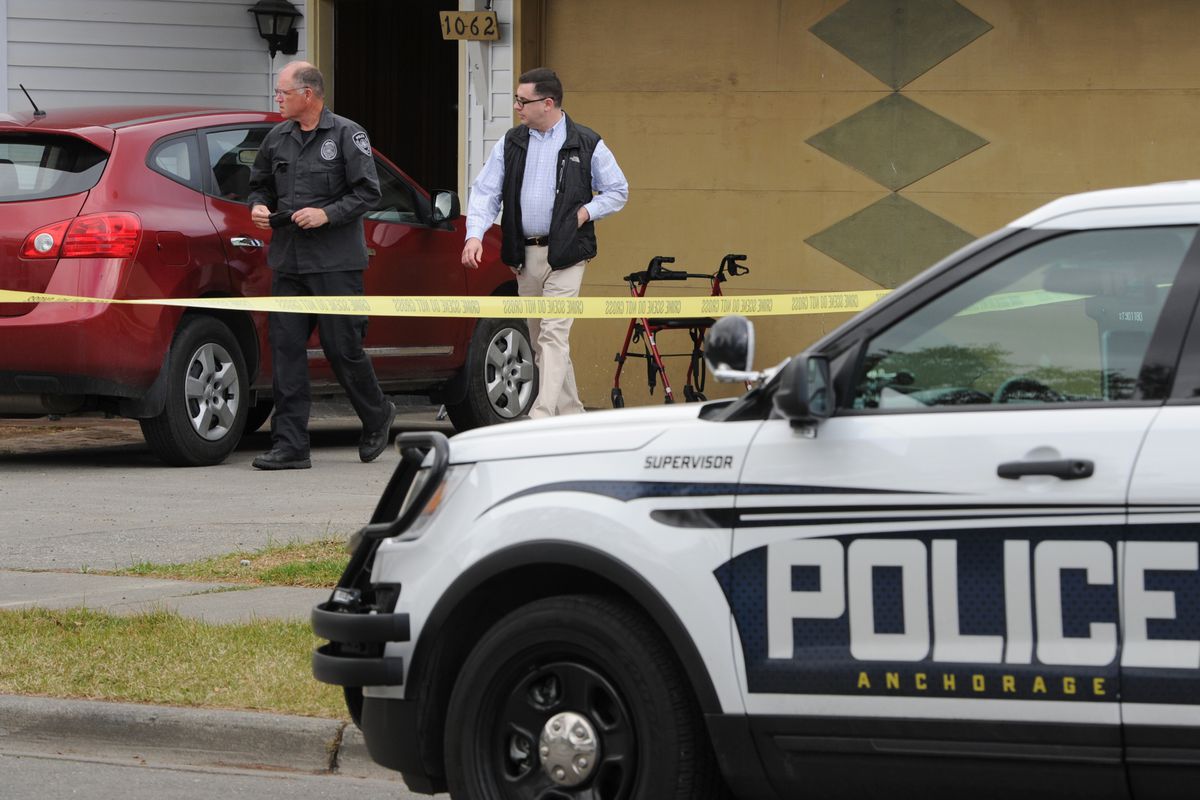 Anchorage police are investigating the death of an elderly woman found dead at a home in the Rogers Park neighborhood Sunday, May 14, 2017, as a homicide. (Bill Roth / Alaska Dispatch News)

Anchorage police are investigating the death of an elderly woman found dead at a home in the Rogers Park neighborhood Sunday, May 14, 2017, as a homicide. (Bill Roth / Alaska Dispatch News)

A 91-year-old man who turned himself in for the Sunday shooting of his wife at their Rogers Park home told police he killed her but didn't know why.

"I don't know what happened," and "I had no reason to do anything to my wife," are among the statements Duane Marvin made to investigators at the Anchorage Police Department, according to a charging document written by homicide detective James Trull.

Duane Marvin faces three charges in the death of his wife, 92-year-old Charlotte Marvin: first- and second-degree murder and tampering with evidence, police said Monday. He was taken into custody at the police department just after 5 p.m. Monday.

At 1:19 p.m. Sunday, 911 dispatchers received a call "reporting an elderly female was found deceased" at a house on the 1000 block of East 28th Avenue in Midtown Anchorage, police said.

The charging document says responding officers found Charlotte Marvin in an upstairs room of the home. A "spent bullet" was on the floor near the bedroom door, according to the charges.

Crime scene officers determined Charlotte Marvin was shot in the back of the head, Trull wrote.

Officers found two pistols in the home in an upstairs living room DVD cabinet, one of which had what appeared to be blood on it, according to the charges. Duane Marvin has been charged for hiding the gun in the cabinet before going over to a neighbor's to report his wife was dead, police said.

When police spoke with the husband at the scene, they made note of blood spatter on the front wheel of his walker and a red mark between his thumb and pointer finger consistent with the slide of pistol pinching the skin, according to the charges. Later, at the police department, investigators seized Duane Marvin's clothing and found three 9 mm bullets in his front left pants pocket, the charges say.

Duane Marvin was taken to the police department for an interview, and while waiting for detectives he made a "spontaneous utterance" to the effect of "I killed my wife and I don't know why," the charges say.

"I have no reason, I don't know how," Duane Marvin also told detectives.

Trull noted in the charging document that Duane Marvin has no criminal history.