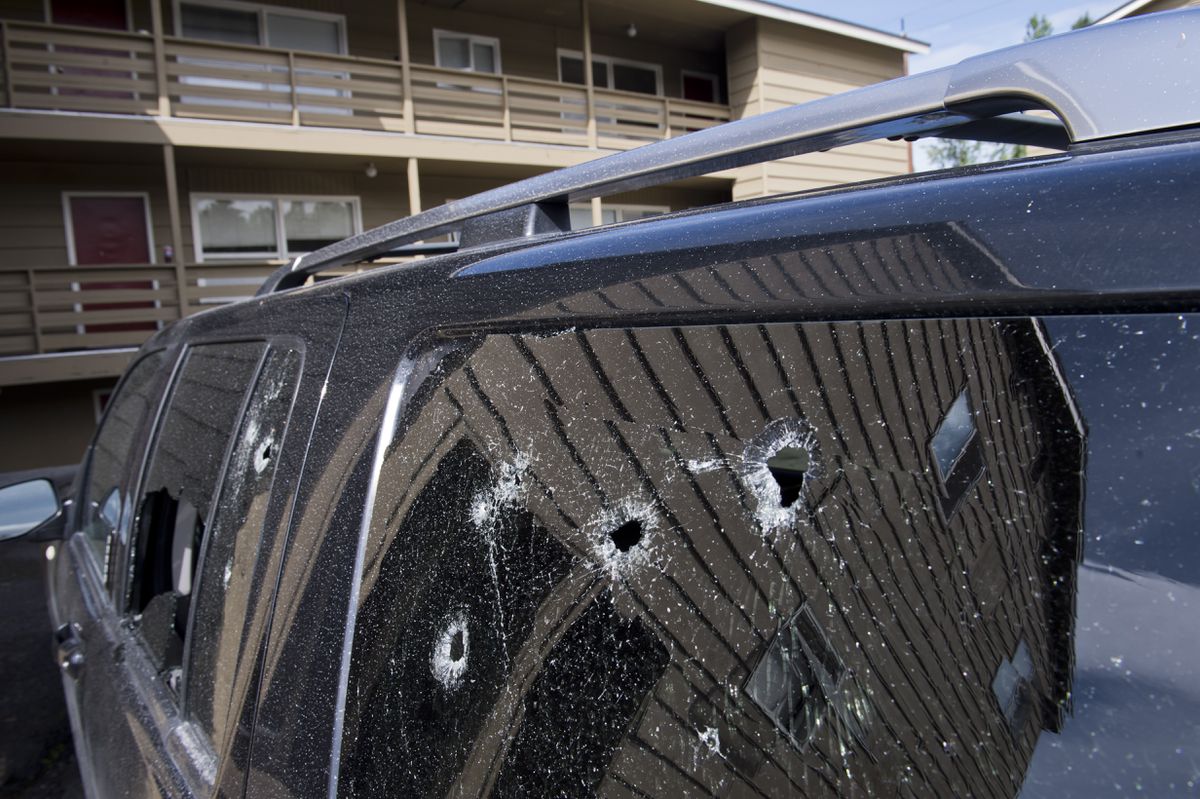 For the second night in a row, gunfire outside an East Anchorage apartment building has left bullet holes in cars and walls but has not hurt any residents, police said.

Police received reports of the second shooting around 3 a.m. Wednesday when people inside the tan, three-story apartment building on Grand Larry Street called 911 about the gunfire outside.

Alvin Cleveland described it as a rapid "rat-tat-tat-tat" in an interview that afternoon. The 69-year-old and his wife, Lenora, have lived in a house next door to the apartment building for about two decades. They both said they awoke to gunfire, frightened.

"It's just getting bad," Lenora, 73, said about crime in the area. "We don't even like to go outside anymore."

When police arrived Wednesday, they found shell casings and bullets around the apartment building, a police dispatch said. Bullet holes scarred the building and multiple vehicles, it said.

"We have no further details such as where exactly, one person involved, groups of people involved, on foot, in a vehicle, etc. We're asking for anyone with information to come forward," Oistad said in an email.

No arrests had been made and police were not releasing descriptions of suspects "at this time," the dispatch said.

In the apartment's parking lot Wednesday afternoon, a black SUV sat riddled with bullet holes, one of its back windows shattered. A repairman had come to fix another car with a tire flattened by a bullet.

Less than 2 miles south down Muldoon Road, a barrage of gunshots had rung out the day before, around 4:20 a.m. Tuesday. The shots came from two vehicles in a parking lot in the 7800 block of Creekside Center Drive, police said.

Police also said they had no information connecting that shooting to the one early Wednesday.

Police also have not released any suspect or vehicle information in the Tuesday shooting and Oistad said Wednesday they had no additional information.