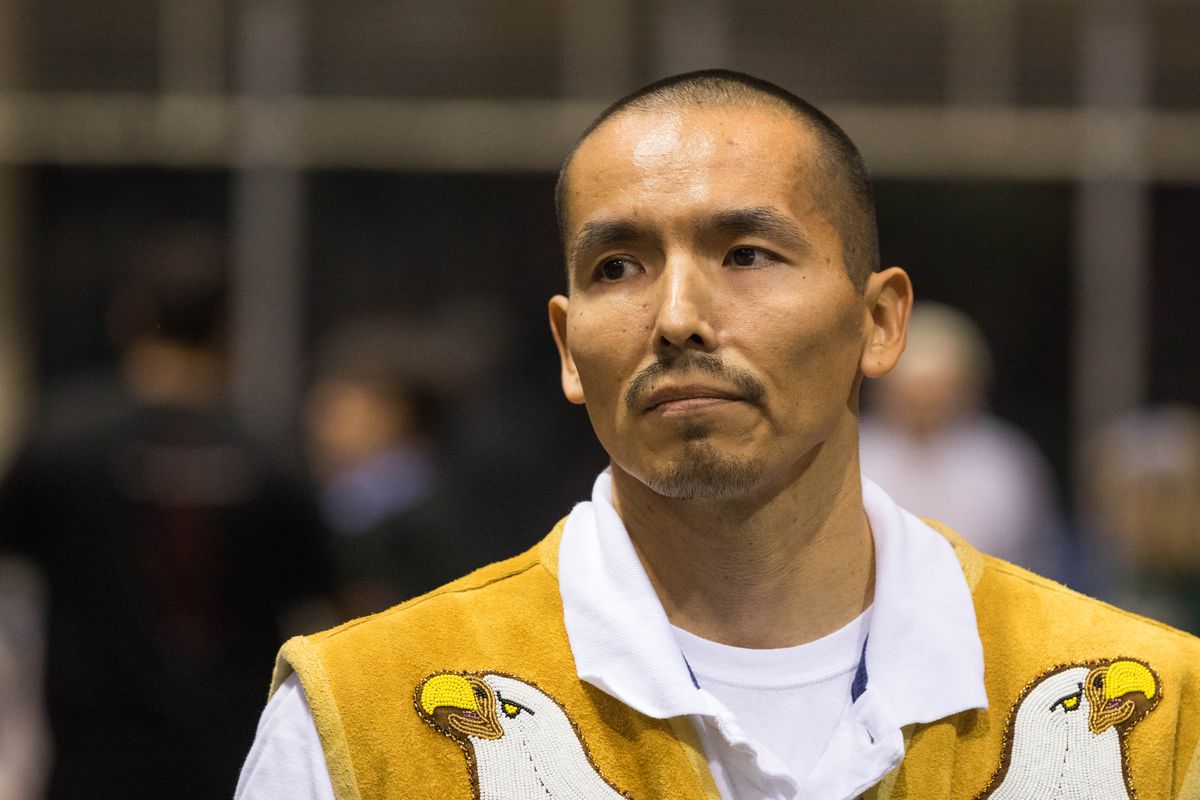 He was high school valedictorian before he became one of the Fairbanks Four convicted in the 1997 beating death of 15-year-old John Hartman.

Now Marvin Roberts is suing the city of Fairbanks and various police officers in federal court over what he calls a wrongful conviction and, for 18 years, wrongful imprisonment.

The suit was filed Thursday in U.S. District Court. It contends Roberts was deprived of basic rights, including the right to a fair trial by a police department in turmoil.

The city of Fairbanks hadn't yet seen the lawsuit and wasn't prepared to comment on it, said spokeswoman Teal Soden.

"A lot has happened in the last few years," she said. The current chief, Eric Jewkes, came up through the ranks before being named chief about a year ago. The department is understaffed but he is doing an excellent job, she said.

Two years ago, Roberts was already out of prison when he and the other three — George Frese, Eugene Vent and Kevin Pease — signed a settlement with the state and the city of Fairbanks over their convictions. The government didn't admit any wrongdoing in the deal, but it set the three men free and erased the murder convictions of all four.

The four, including Roberts, also agreed not to sue. Roberts' attorney, Mike Kramer, on Friday said that part of the settlement should be thrown out.

"We will ask the federal judge to invalidate the release of liability to the city because Marvin was under extreme duress," Kramer said in an email. "That type of agreement, to release innocent men from captivity only if they promise not to sue, is abhorrent to government's duty to its citizens and against public policy."

If Roberts didn't sign the agreement, the other three would remain imprisoned, the new lawsuit says.

Roberts was 19, a wildland firefighter, and just back from a moose hunt with his father when Hartman was killed in 1997, the suit said. He turned 40 last month. He is trying to rebuild a life that he says was stolen.

The lawsuit says the Fairbanks Police Department pressured a witness, Arlo Olson, to lie about what he saw the night of Hartman's death related to a separate attack. That information was used to put the Fairbanks Four together. Olson died in June in a jail suicide.

Police framed Roberts, the suit asserts, because of race. Hartman was white. Roberts and two of the other Fairbanks Four are Alaska Native; Pease is Native American.

The Fairbanks Police Department had no Alaska Native officers in 1997, and still doesn't, the suit says.

The suit says police failed to act on evidence of other killers. Another man, Bill Holmes, says his group was carousing in Fairbanks the night of Hartman's death and was responsible. Another in that group, Jason Wallace, told of the killing to others, including a man who relayed it to police in 2008, the suit said. But police didn't follow up on what they were told Wallace said, according to the suit.

Holmes' admissions to a prison guard were forwarded to Fairbanks police in 2011, but the information stayed hidden for years, the suit said.

Roberts expected the convictions to be set aside once the judge ruled on the new evidence presented at the 2015 hearing. But that could have taken months and the state might have appealed. He was told the only way the other three would get out of prison before Christmas that year was for him to sign the settlement.

"Marvin's signature on the release dismissal agreement was as coerced and involuntary as someone paying a ransom to a kidnapper," the suit said.

[Fairbanks Four released from prison under settlement with the state]

The suit describes turmoil within the Fairbanks Police Department at the time leading up to Hartman's murder. The mayor was Jim Hayes, later convicted of illegally diverting government funds from a nonprofit for his personal use and to build a Fairbanks church. The head of public safety, Mike Pulice, once told the city council that he "operated in a gray area," according to the suit.

"The Fairbanks City Council in 1996 and 1997 was trying to put out one fire after another in the FPD caused by inept management, poor leadership, financial malfeasance, nepotism, sexual misconduct, and rampant corruption," the suit said.

The city used Hartman's murder, the suit says, to divert attention from the troubles.

"The police department was under enormous pressure to make an arrest and secure a conviction, by any means available," the suit said.