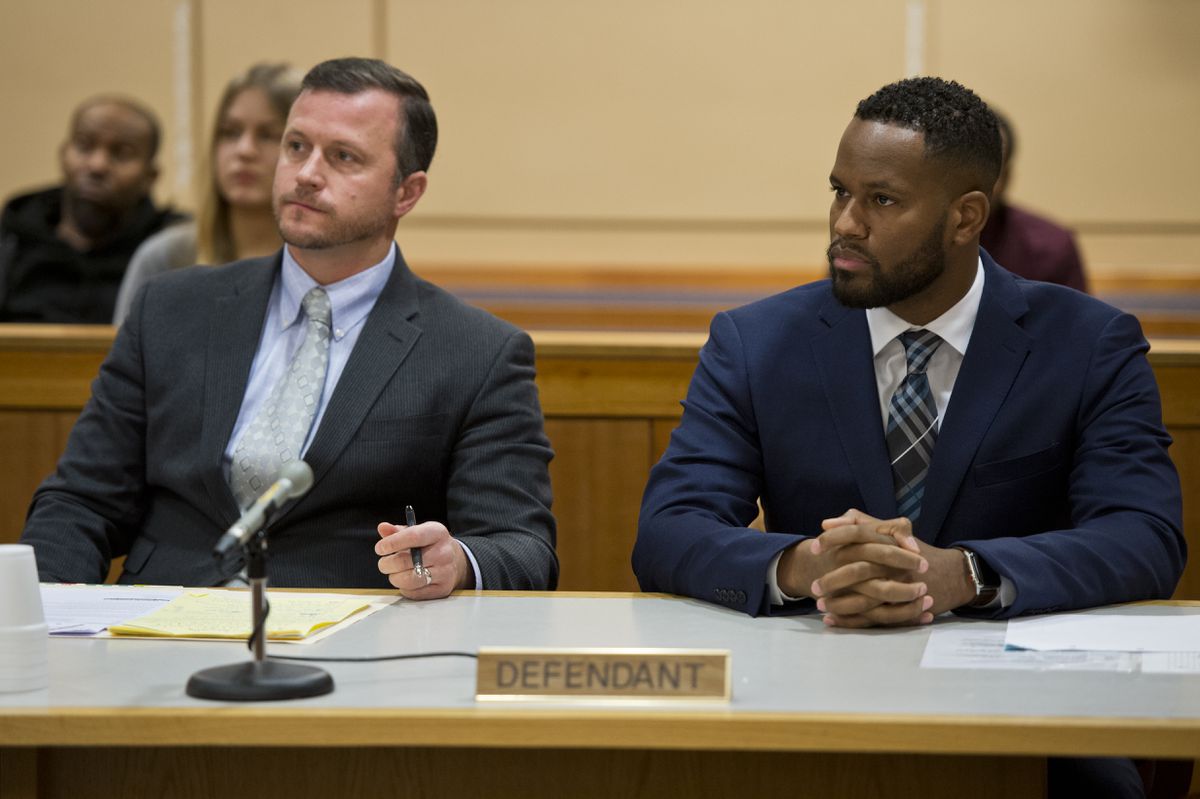 An Anchorage police officer pleaded not guilty Friday in Anchorage District Court to charges of assaulting a man while the officer was on duty in September.

Officer Cornelius Aaron Pettus, 32, has been charged with two counts of fourth-degree assault — a Class A misdemeanor — after he punched and kicked 49-year-old Sam Allen on the evening of Sept. 30, charging documents state. Pettus and another officer had given Allen a bicycle citation at the time of the incident, according to the charges.

When the charges were announced Oct. 11, Anchorage Police Chief Justin Doll said he believed some department officers were familiar with Allen — who posts videos of his interactions with police to a YouTube account titled "Northern Corruption Monitor 907” — but was unsure if Pettus or the other officer knew Allen before Sept. 30.

Allen had used his cellphone to record an interaction with Pettus earlier that evening when Pettus first contacted him about riding his bicycle at night without lights or a reflector, the charges state. That same day, Allen had also recorded an Anchorage officer dragging a police K-9 out of police headquarters by its leash.

Allen attended the arraignment Friday and told reporters he is still healing from his injuries.

“I forgive the dude. In my heart, I’m trying to. I’m in the process of doing that so I can move forward," Allen said.

Pettus’ defense attorney, Clinton Campion, said in a statement Friday that “Officer Pettus disputes the charges and intends to exercise his rights to confront the State’s evidence.” Pettus responded in self-defense “based on what (he) perceived and knew at the moment of the incident,” Campion said.