Argument over dog led to Mountain View shooting that left one man dead and another wounded, police say 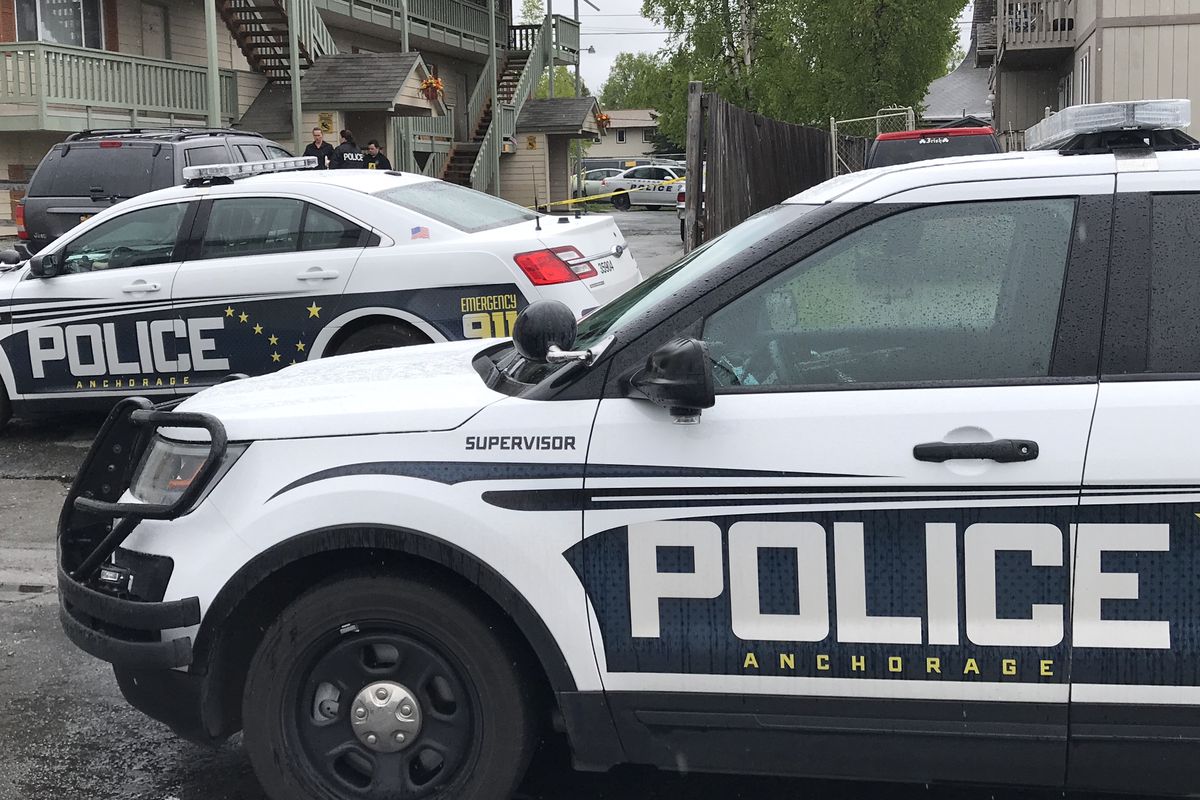 A 26-year-old Anchorage man has been charged with murder after an argument over a dog spiraled into a shooting Sunday that killed one man and left another fighting for his life with a gunshot wound to the head.

David Dumpson is charged with murder and assault in the shooting, which happened early Sunday morning at an apartment complex on Irwin Street in the Mountain View neighborhood. Police have not released the names of the victim.

Dumpson appeared in court on Monday and is being held at the Anchorage jail. A charging document in the case describes how an encounter between two apartment neighbors turned violent.

Anchorage police were called to a reported shooting at 325 Irwin Street just after 1 a.m. on Sunday, according to a charging document filed in the case. Upon arrival, officers saw an SUV speed away.

Inside a small apartment complex, a woman could be heard yelling.

On a balcony outside one of the apartments, officers found an unconscious man who’d been shot in the head and torso. He couldn’t be revived by CPR and was pronounced dead at the scene, according to the charging document.

Police found a second man. He’d been shot in the head and was taken to a hospital for treatment of his life-threatening injuries, prosecutors said.

A woman at the apartment described how she’d been visiting a friend with a few other people. A man, identified by police as David Dumpson, who lived in a neighboring apartment, confronted the group about an issue related to a dog.

The woman told officers Dumpson and her friend had argued earlier that day about the dog, which belonged to one of the apartment owner’s friends.

Dumpson allegedly bit one of the women in the group and tried to throw her over the balcony before asking for a gun, according to the charging document.

Dumpson then shot one man, shooting him again as he laid on the ground.

A second man tried to help the shot man and was killed.

Police later found Dumpson driving through downtown Anchorage in the same SUV seen rushing away from the scene.