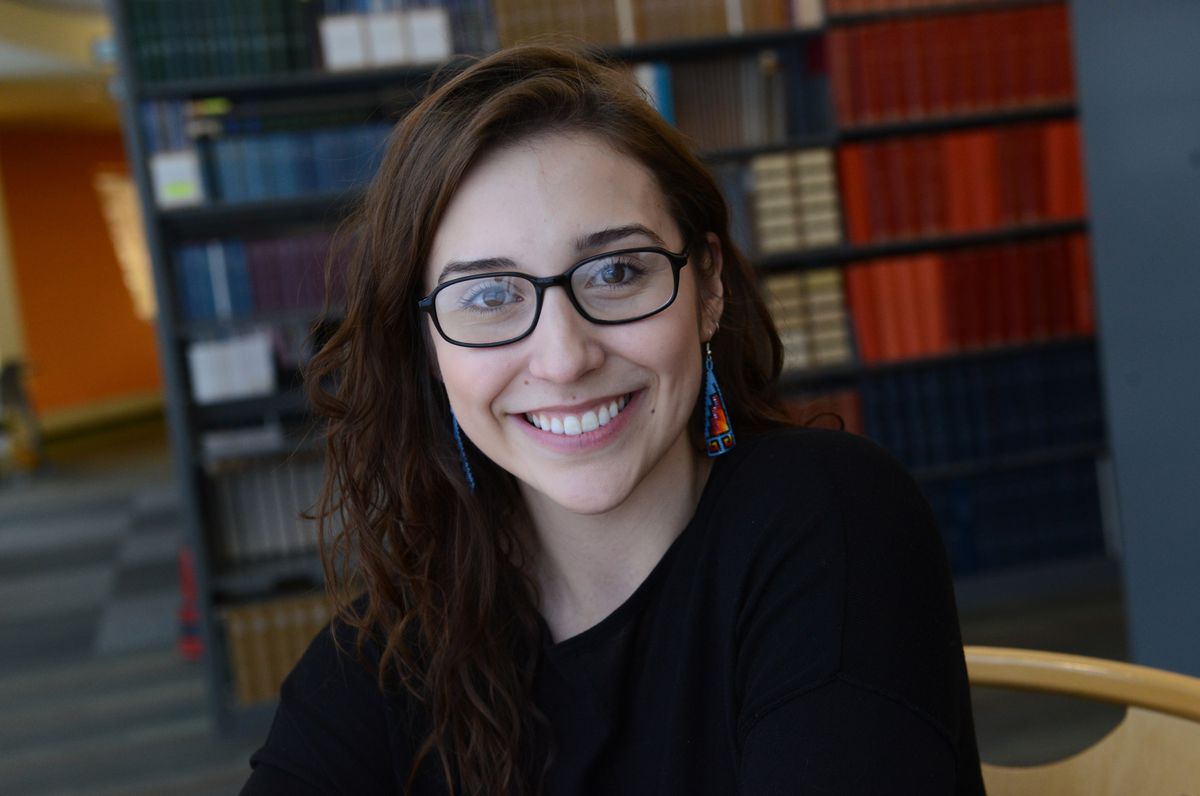 Samantha Mack, a 24-year-old Aleut woman, has become the first University of Alaska student to receive a Rhodes scholarship, one of the most prestigious academic honors in the world.

Mack learned Saturday night that she was one of the 32 top-ranking American students named 2018 Rhodes scholars and, she said, "I immediately started crying."

"I was in complete shock and disbelief," Mack said. "I think every time someone said 'congrats' to me I cried a little bit harder."

Mack was selected from a pool of 866 candidates nominated by their universities. While other Alaskans have received Rhodes scholarships in the past, none of them attended UA.

Mack said a Rhodes official told her she was not only the first UA student to receive the scholarship, but also the first Alaska Native student. The Rhodes Trust could not immediately confirm that on Tuesday. Mack called the distinction her "biggest source of pride."

"That means a lot to me — to be able to have conversations about the issues that are so important to me with people who have direct power to make change," she said.

The Rhodes scholarship program, which started in 1902, finances students' graduate studies at Oxford University in England.

Huge congrats to my former D.C. Intern, Samantha Mack for being named a 2018 Rhodes Scholar. Originally from King Cove, Samantha has not only excelled in her academic career at UAA, but she is now their 1st student to receive this prestigious scholarship. Best of luck at Oxford! https://t.co/saVanvVkMK

"It will be the first time I'm studying where I won't have to work part-time or full-time," Mack said.

Since starting school at the University of Alaska Anchorage, Mack said, she has always had a job on campus — as a research assistant, assistant manager at the art gallery and, most recently, as a teaching assistant.

In May, she will receive her master's degree in English from UAA. She earned her bachelor's degree from the university in 2016. She majored in political science and English and minored in Alaska Native studies. She was the first person in her family to earn a bachelor's degree.

At UAA, Mack has yet to earn any grade but an "A."

"She's an amazing student," said Jennifer Stone, an associate professor of English at UAA. "What I love about her is she's incredibly smart, but she's also a well-balanced person and an engaging person to have in class."

Mack grew up in the remote village of King Cove on the Alaska Peninsula. Her father worked as a commercial fisherman. At her grandmother's home, she said, the shelves lining the hallways were always crammed with books. Mack said she has always loved reading.

"I was a massive, massive bookworm growing up," she said.

Mack lived in King Cove until age 6, when she and her mother moved for school.

"It's a much smaller schooling system there," Mack said. "So there's a lot less, I think, opportunities educationally."

They eventually landed at the Anchorage School District, where in second grade Mack tested into the district's gifted program

In college, Mack started to focus on indigenous studies — in the classroom, in her research and in her papers. It's the consistent thread woven through her studies at UAA, she said.

"I knew very little about indigeneity until I reached the college level," she said. "I learned so many things that I had no idea about, about the history and the legacy of trauma and of subjugation."

"It sort of sparked a fire in me."

Mack said she ultimately hopes to become a university professor and work on issues including the high attrition rate for Alaska Native students.

While her studies will take her out of Alaska, she said she plans to eventually return.

"My whole family is here. My culture is here. My people are here," she said. "It has a special place in my heart."