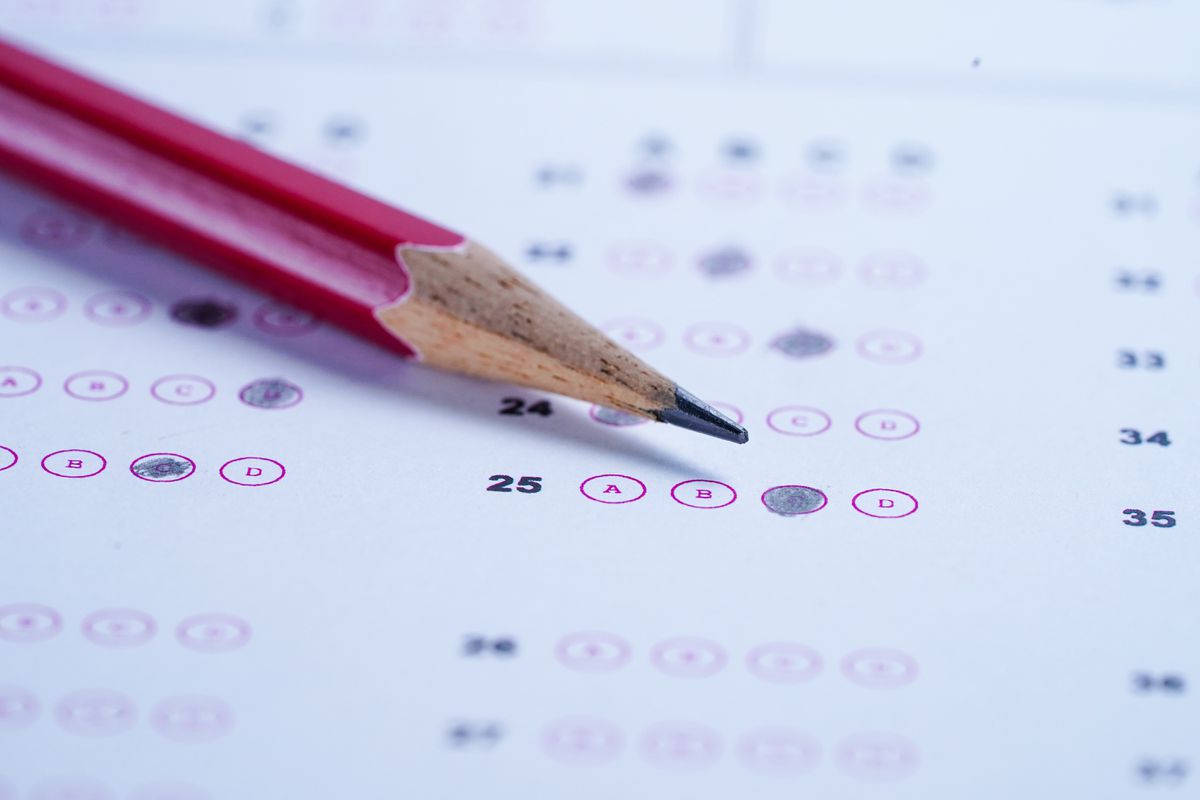 The percentage of students scoring proficient or better on Alaska’s annual standardized tests dipped this year compared to 2018.

For the third year in a row, fewer than half of Alaska’s public school students who took the state’s English, math and science tests earned a proficient score, according to the latest round of statewide results released Thursday by the Alaska Department of Education and Early Development. The results varied widely district to district and school to school.

The scores are divided into four levels: advanced, proficient, below proficient and far below proficient. Scoring proficient means students are meeting state standards at a “proficient level,” and “demonstrating knowledge and skills of current grade-level content,” according to the state.

This year’s test scores show Alaska has “a lot of room for improvement,” said Tamara Van Wyhe, director of innovation and education excellence at the state education department. But she cautioned against drawing too many conclusions from the scores: They’re a snapshot of one point in time, and one of the many measures of how schools are doing, she said.

“We do really need to remember that the data we’re looking at today is just one tiny piece,” she said.

She added: “But we certainly don’t want to downplay or ignore that the scores aren’t great.”

Statewide, this is what the 2019 results show:

Test results are complicated and there’s no easy answer to explain the changes, Van Wyhe said. It could be related to curriculum or other district- and school-level decisions, she said. The department is analyzing the results to gain a better understanding.

In a statement Thursday, Education Commissioner Michael Johnson said Alaska “must not be satisfied with our results.” He said he was happy to see “pockets of improvement” this year, but achievement gaps persist.

The state pointed to achievement gaps for students who are learning English, have disabilities or are from homes with low incomes.

The gap between English learners and their peers is wide, but shrunk slightly this year: On the English test, 9.9% of students learning English scored at least proficient, up from 8.6% in 2018. In math, the percent of English learners scoring proficient increased by just over a percentage point, to 13%.

At the Anchorage School District:

At the Matanuska-Susitna Borough School District:

The English and math tests are based on state standards adopted in 2012. The science exam tested students on the now-former state science standards, adopted in 2006 and updated this summer.

Because the tests are based on Alaska-specific standards, the scores can’t be compared to standardized test scores from other states, education officials say.

The scores don’t affect students’ grades or teacher evaluations, but they do factor into the state’s school accountability system, which flags schools that need more support.

It can be difficult to get all students to take the standardized tests seriously, said Anchorage School District Deputy Superintendent Mark Stock. He said the tests also don’t help teachers much because by the time the scores are available, the students have moved on to other classrooms.

However, the district is working on creating a new system so teachers can access a suite of student metrics from their computers, including the test scores, he said.

Stock said the district analyzes the standardized test scores, and compares them with other data points to identify trends. For instance, the district dug into data for students from low-income households and found that those whose attendance dropped below 90% more often scored at the lowest level ⁠— far below proficient, he said.

He said it’s also important to drill deeper into the four achievement levels. Each represents a range of scores.

School districts have until Sept. 25 to send student-level scores to parents, said the education department.