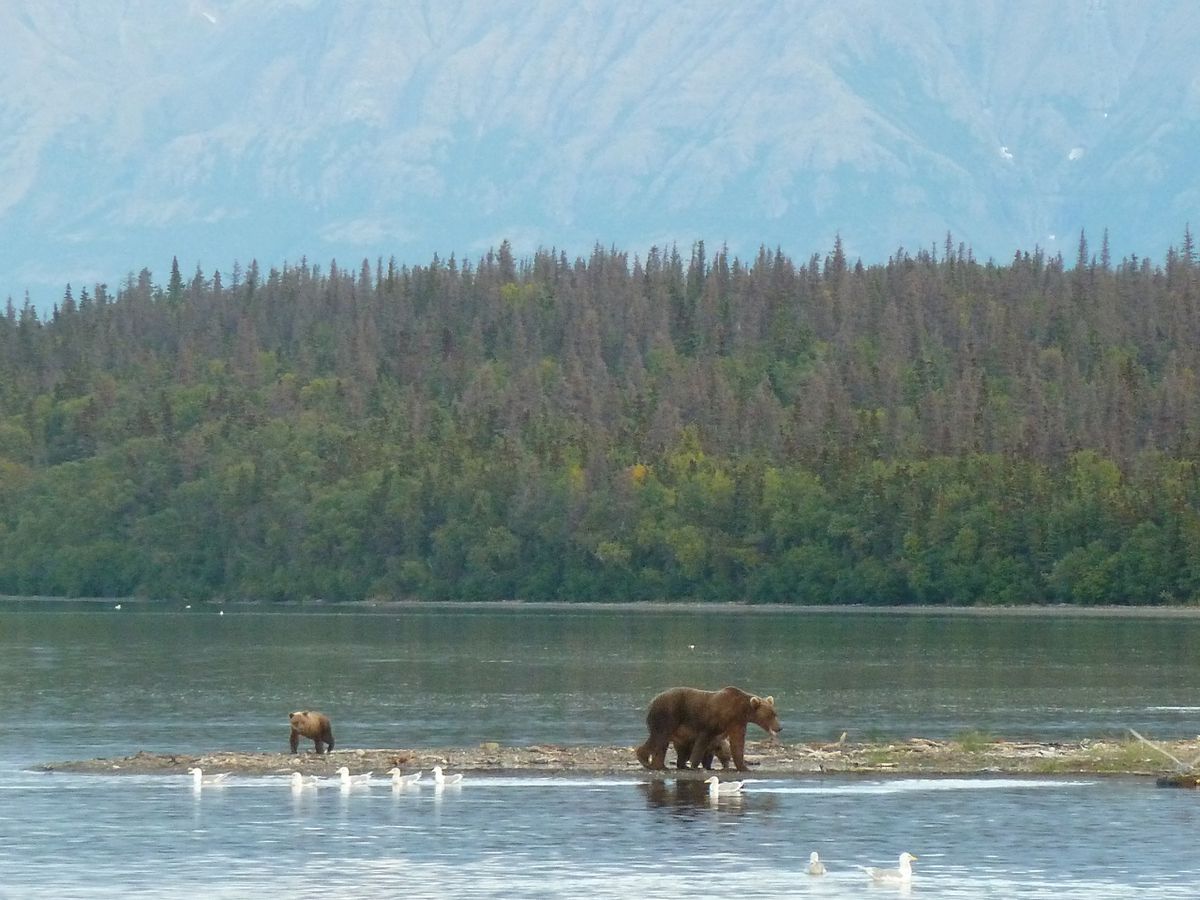 When a major infestation of spruce-bark beetles swept through the boreal forest of Southcentral Alaska in the 1990s and early 2000s, scientists were curious about its patchy path of devastation. Why were trees in some stands killed and those in other stands, perhaps nearby, left unscathed?

Analysis of molecules in tree rings shows a distinct difference between those that fell victim to the infestation and those that were resilient to the bark-burrowing beetles, according to a National Park Service-sponsored study published in Ecological Applications, a journal of the Washington, D.C.-based Ecological Society of America.

In all, about 3.7 million acres of spruce trees in Southcentral and Southwestern Alaska have been killed by that beetle infestation, including about 277,100 acres in Lake Clark National Park and Preserve and about 190,450 acres in Katmai National Park and Preserve, according to Park Service figures. Beetle infestations in Alaska's forests occur periodically, about every half century, according to past research, but the most recent infestation has been particularly severe, covering 40 percent more territory than the previous outbreak.

The trees most susceptible to beetle kill were stressed by drought — and stressed for up to 10 years prior to the onset of beetle infestation, the new study found. Those that survived the beetle onslaught were sufficiently hydrated, and those that did not were short on water, the results found.

Previous observations and studies have linked heat and dryness to Alaska's beetle infestation. But this study goes further by analyzing the chemical fingerprint of the trees' cellulose to describe how drought is predisposing trees to beetle kills, the authors said.

"This has been kind of a puzzle in ecology — what are the mechanisms of tree death?" said Jeff Welker, a study co-author and UAA biology professor who specializes in isotope analysis.

The study used analysis performed at the University of Alaska Anchorage's Stable Isotope Lab, which determined the atomic fingerprints of oxygen and carbon in trees' cellulose. Isotopes of carbon showed signs of drought stress, while those of oxygen revealed the types of water available over the seasons and years.

The finding that trees that were drought-stressed were more likely to die during insect breaks fits with other studies of insect mortality, lead author Adam Csank said in an email. Such a pattern is not unique to Alaska, said Csank, of Nipissing University in Ontario, Canada, "but it was an interesting finding in a region like southern Alaska that one doesn't normally think of as being moisture limited."

The impetus for the study was the question of beetle kill on the Alaska Peninsula, where summers are not known to be hot and dry, said co-author Amy Miller of the National Park Service. The Park Service initiated the study "because we were interested in whether drought stress was a factor predisposing the trees to beetle attack even in SW Alaska, where summers are cool and wet," she said in an email.

A key factor that spelled the difference between a healthy tree and a drought-stressed tree, the analysis showed, was not the amount of precipitation at a site but its type, Welker said. Healthy trees drew their water from snowpack melt, which was imprinted with the isotope weight in the oxygen atoms that combined with hydrogen, he said. The drought-stressed trees, in contrast, were imprinted with oxygen isotopes associated with rain, he said.

That means trees are more likely to be resilient if they are growing in snowpack — at higher elevations, for example, or on north-facing slopes, places where snow is more likely to fall or linger, Welker said.

And there lies a problem for the boreal forest.

As temperatures warm, much of Alaska is projected to see a larger percentage of precipitation falling as rain rather than snow. Meanwhile, snow seasons are expected to be shorter, while the snowline in Southcentral Alaska will rise higher in elevation, according to a Chugach National Forest region climate-change assessment.

Understanding what is happening to the trees, and how some of them fall victim to beetles, helps clarify larger changes, he said. "The trees of Southcentral Alaska are certainly telling us the trajectory of changes in climate, but they're also telling us what this is doing to them physiologically," he said.

Timing of precipitation, not just the type, also appears to be important.

If there is a lack of insulating snowpack and air temperatures fall, soil can freeze, making it difficult for trees to draw in water even as they try to photosynthesize, Miller said.

While public perception is that beetle-killed trees pose fire risks, the reality is more nuanced, Csank and Miller said.

A 2006 study led by Ed Berg of the Kenai National Wildlife Refuge that analyzed radiocarbon data found no discernable relationship between beetle outbreaks over past centuries and wildfires — though the study cautioned that modern conditions, with quick-rising temperatures and expanded human occupation and development, are different from those of the past.

Another study, published in the Proceedings of the National Academies of Science last year, found that the beetle infestations across the western states did not cause larger expanses of severe wildfire.

But conditions that create drought stress in trees could also be heightening risks for wildfire.

"With fire I think we should worry more about what the lack of snow followed by hotter spring/summer temperatures will do," Csank said by email.