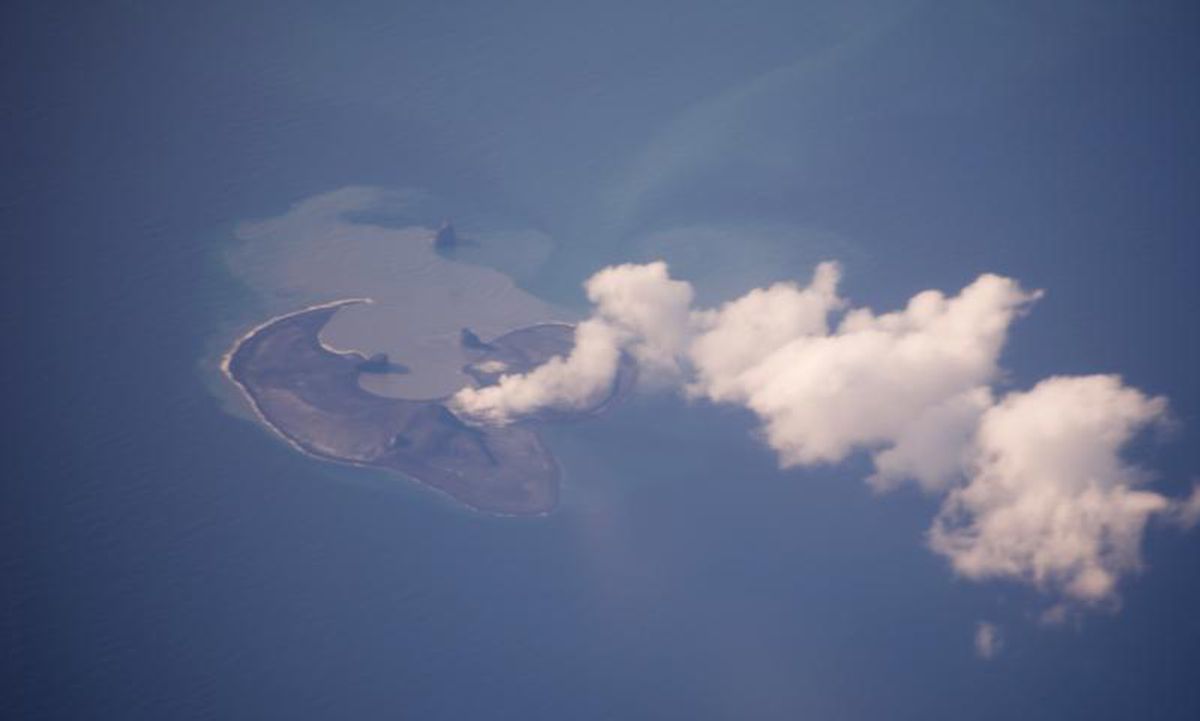 Two brief but dramatic eruptions at the small Bogoslof volcano in the Bering Sea mark the latest of least 50 since December.

Researchers say they could also signal more to come.

Seismic activity decreased within a few hours, however, and the volcanic cloud was moving northeast and away from nearby communities, according to a report from the observatory.

That eruption and an earlier one at 5 p.m. Monday are "the latest in a series" at Bogoslof, said AVO geophysicist Dave Schneider. He said both matched a pattern of eruptions lasting about 10 minutes or so but putting up a fairly significant ash cloud even in that relatively short time.

The eruptions tend to come in clusters of "two, three, four," Schneider said, but they aren't easy to predict.

"They kind of come out of the blue," he said. "There's no data that we have that would let us say that something is going to happen in the next couple hours. We're basically in detection mode."

The volcano sits about 60 nautical miles west of Dutch Harbor.

It remains "at a heightened state of unrest and in an unpredictable condition," according to the AVO report Tuesday morning.

"This morning's explosion occurred less than 12 hours after a similar explosion yesterday afternoon, and recent eruptive episodes have produced multiple short-duration explosions with pauses of minutes to hours."

A flight restriction remains in place for five nautical miles around the volcano to keep flights from going over Bogoslof.