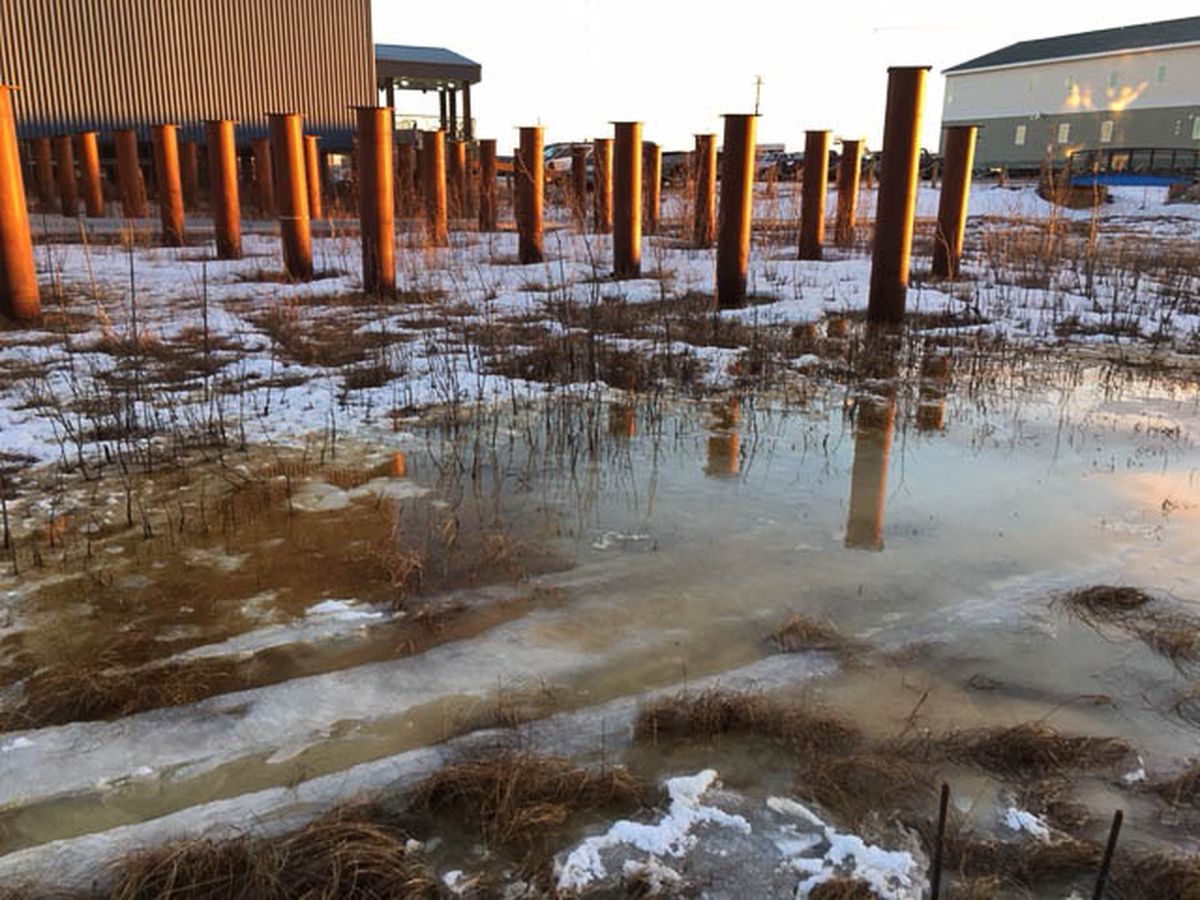 A diesel tank at a vocational school in Bethel overflowed Monday and swamped the building pad and nearby wetlands with 3,000 gallons of fuel, the state Department of Environmental Conservation said Thursday.

Maintenance workers at Yuut Elitnaurviat – People's Learning Center were pumping fuel from a 4,000-gallon feeder tank to a smaller day-use tank but the automatic cutoff wasn't working, DEC said in a situation report.

The pump was left on and the day tank overflowed starting sometime after 5 p.m. Monday and continuing until about 8 a.m. Tuesday, DEC said. Workers shut off the pump as soon as they discovered the spill.

The school notified DEC and brought in an emergency response contractor, Tony said. Frozen ground and the land's natural slope are keeping the spill contained, she said.

No fuel reached Brown Slough, which is north of the school, DEC said. The slough flows into the Kuskokwim River, which provides salmon and other species of fish to thousands of people.

"Responders reported that the release appears to be in a natural depression and does not appear to have migrated outside the initial spill footprint," DEC said.

The school, which offers training in health care, construction trades and driving, was designated by DEC as the "potential responsible party." The diesel is used to heat the school's main administration building.

The school's cleanup contractor, Alaska Chadux Corp., sent five workers to the site Tuesday. They mopped diesel with absorbent materials. Another Chadux worker, along with a pump and additional equipment, arrived Wednesday. About 400 gallons of mixed fuel and water were pumped out by the end of the workday Wednesday, DEC said. Additional fuel was collected on pads, which will be burned in a special device stored by DEC in Bethel, Krebs-Barsis said.

Fuel spills happen daily in Alaska but most are small, she said. The one at Yuut was sizable, she said.

Yuut Elitnaurviat sits at the edge of tundra.