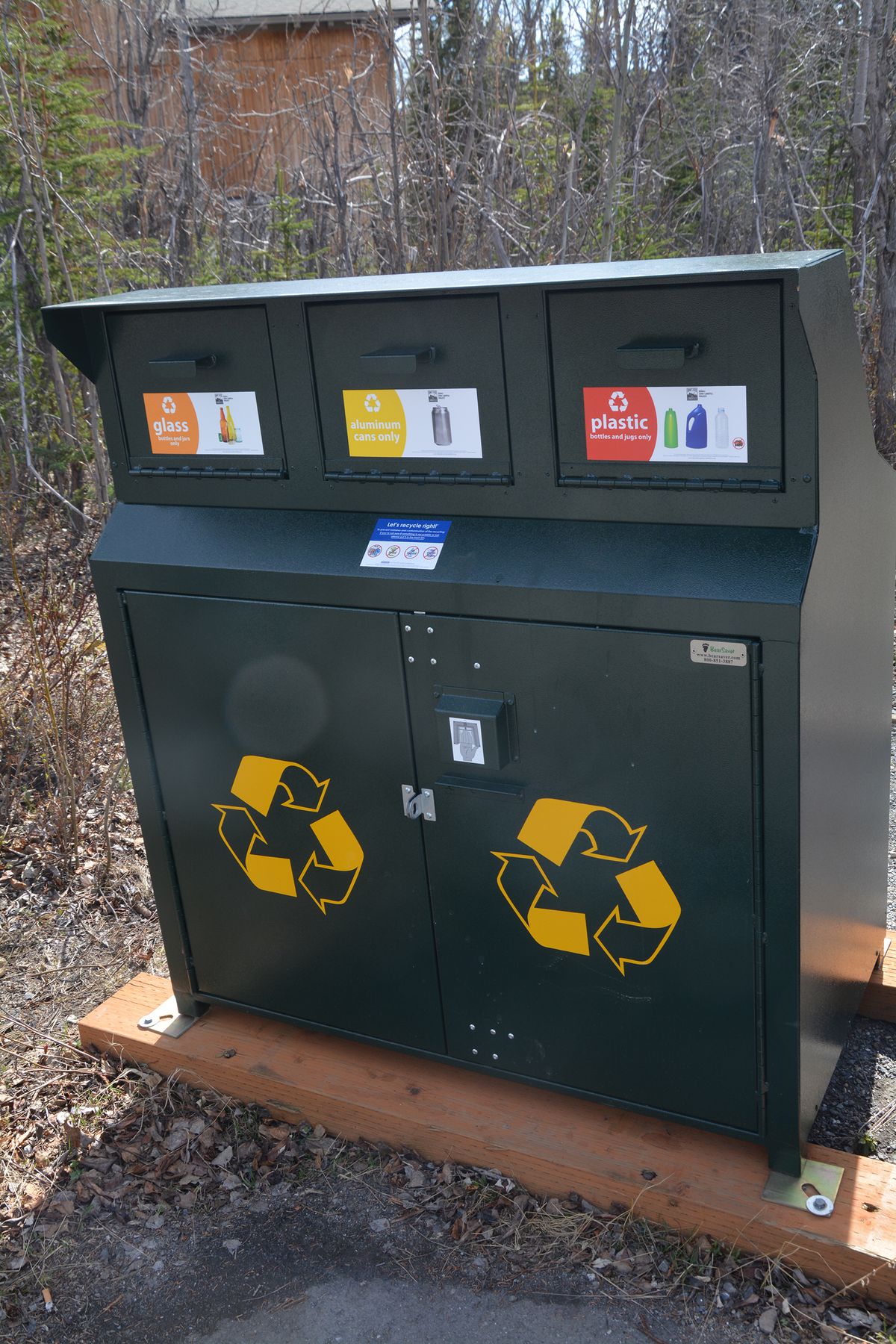 A record number of visitors traveled to Interior Alaska's Denali National Park and Preserve last year, but they left behind less trash than a few years before.

A push to send less waste to the local landfill is working, officials say. Since 2016, Denali National Park has partnered with Subaru in a "zero-landfill" initiative aimed at turning trash into recycling.

In 2015, 392 tons of waste was sent to local landfills from the park. In 2017, that number dropped to 244 tons, said Dawn Adams, zero-landfill initiative coordinator for Denali National Park.

The National Parks Zero-Landfill Initiative was announced by Subaru in August 2014. Denali National Park is given $150,000 in grant funding annually, Adams said.

Denali is a roughly 120-mile drive from Fairbanks, and about 237 miles from Anchorage.

The park's remoteness means officials have had to assemble a patchwork of recycling resources.

Recycling gets sent both north and south. Most goes to Valley Community for Recycling Solutions in the Matanuska-Susitna Borough. Glass is sent to Anchorage. And electronics go up to Fairbanks. The recycling is sent along on trucks that are already headed to various locales to pick up supplies, Adams said.

Indications are that the efforts are paying off.

The park's diversion rate – the amount of waste that was recycled instead of thrown away — went from 15 percent in 2015 to 22 percent in 2017, Adams said.

Here are the changes Denali National Park has made so far since 2016:

– The park has installed 33 new triple-bin BearSaver recycling containers with bins for aluminum, plastic and glass. In the campgrounds, people can also recycle steel cans and paper.

– The National Park Service's recycling facility at the park was upgraded with better equipment, scales, sacks for recycling collection and carts for cardboard collections.

– The park's concessionaire reduced food trash by diverting paper towels and food waste (mostly from employees), saving 6,275 pounds of food from the landfill, and composting it instead.

– Some funds have gone toward branded merchandise. For both the Park Service's centennial celebration and Denali's centennial the next year, the park hosted special events where it offered reusable cups and mugs and bamboo utensils.

Correction: An earlier version of this story incorrectly called the BearSaver recycling containers Bear Save containers.