Alaska emergency rooms start sharing information, with focus on those who use them the most 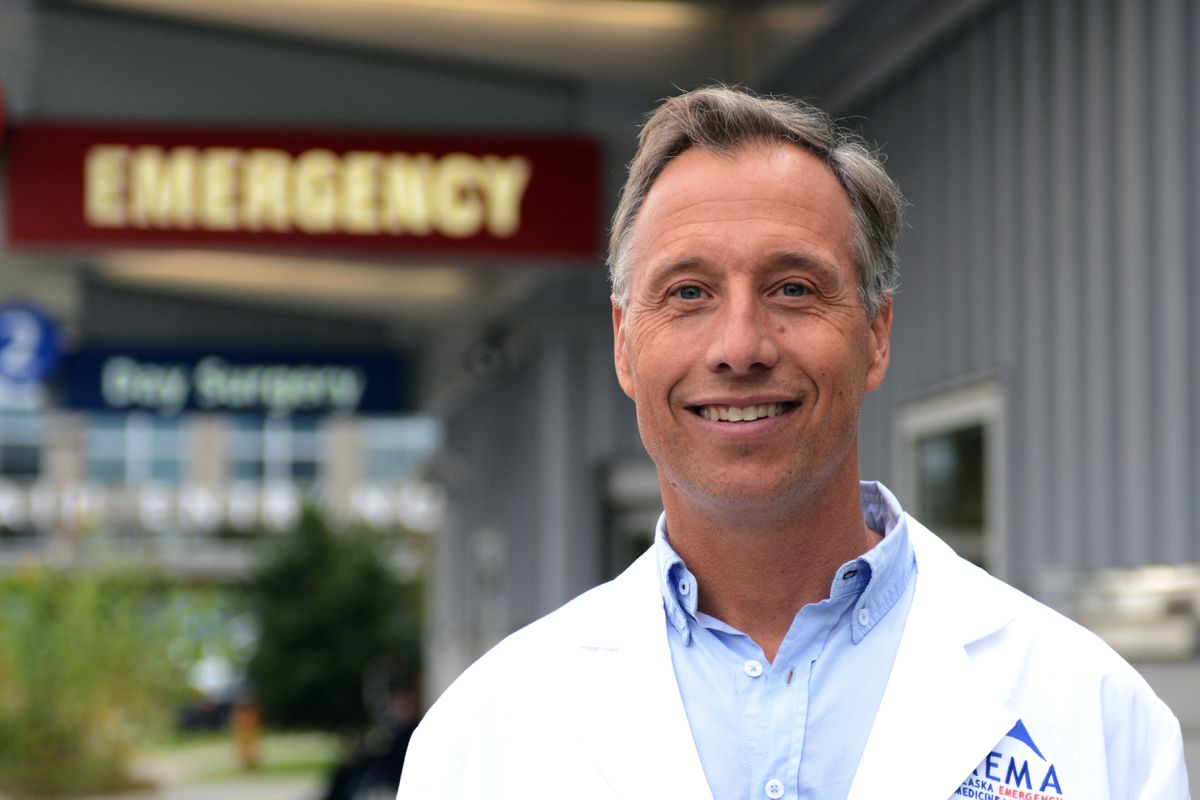 Across Alaska, hospitals are being outfitted with a new computer program that will let emergency departments share information about patients in hopes of addressing costs, care, and opioid prescriptions for those who use emergency rooms the most.

In 2016, about 1 in 7 Alaskans visited an ER. Most people went only one time. And nearly all — 94 percent — went fewer than five times, according to data from the Alaska Division of Public Health.

The remaining top 6 percent of Alaskans who showed up at an emergency department five times or more are sometimes referred to as "superutilizers."

The care they received made up a disproportionate amount of charges — nearly a quarter of all ER visit charges — at $148 million.

But what if it was possible to create care plans that allowed those patients to coordinate care in other departments, outside the ER?

"If we focus on those high utilizers, we can save a lot of money," said Daniel Safranek, director of emergency medical services at Providence Alaska Medical Center.

Health concerns among high utilizers vary. According to state data, the top 1.1 percent of ER users in 2016 were diagnosed with alcohol-related disorders, joint disorders, nausea and vomiting, abdominal and pelvic pain, throat and chest pain, back pain, "pain not elsewhere classified," and anxiety disorders.

With the new system, doctors will be able to a view a list of patient's prior ER visits. They will be able to see if any controlled substances, like opiates, have been prescribed. Frequent ER users will be flagged. And doctors can create care plans that can be viewed across the system.

"There's so much overlap between alcohol, drugs and mental health that it all gets mixed in together, but definitely those are people who access care a lot." Safranek said. "It helps if you can address that population. It reduces crowding in the emergency department, and I think, ultimately, they can get better care."

Sometimes people don't always tell doctors they've been to a different ER. They may just want a different perspective, Safranek said, and are afraid that by telling a doctor they've been seen elsewhere, it will "color the field."

But ER doctors operate under a lot of time constraints, Safranek said. When a patient arrives, they don't know which doctor they will see that day. There's not always time to request medical records from another provider. Sometimes procedures, like CAT scans, can be repeated out of convenience.

[Faced with increasing health-care costs, Anchorage School District is contracting for a clinic]

One of the program's most important aspects is reducing opioid prescriptions. Alaska, like the rest of the U.S., is facing an opioid epidemic.

Alaska keeps a statewide database of all prescribed controlled substances – drugs like oxycodone, morphine, fentanyl and codeine. Hospitals are working with the state to get plugged in to the system.

Alaska has modeled its plan after Washington state, where the program has been deemed a success since being implemented in 2012. Soon afterward, emergency visits dropped by nearly 10 percent and controlled substances were prescribed 24 percent less, according to the Washington State Hospital Association.

So far, within limited hospitals online, the program hasn't had much effect in Alaska. Eventually, the hope is that all Alaska hospitals will get online.

Collectively, the cost for hospitals statewide is $150,000, according to Connie Beemer, director of member services and operations for the state hospital and nursing home association. Each hospital is paying for the system without any state or federal grants.

The hope is that all hospitals will be using the system by the end of the year.