Should Alaska’s naturopaths be allowed to prescribe medicine? 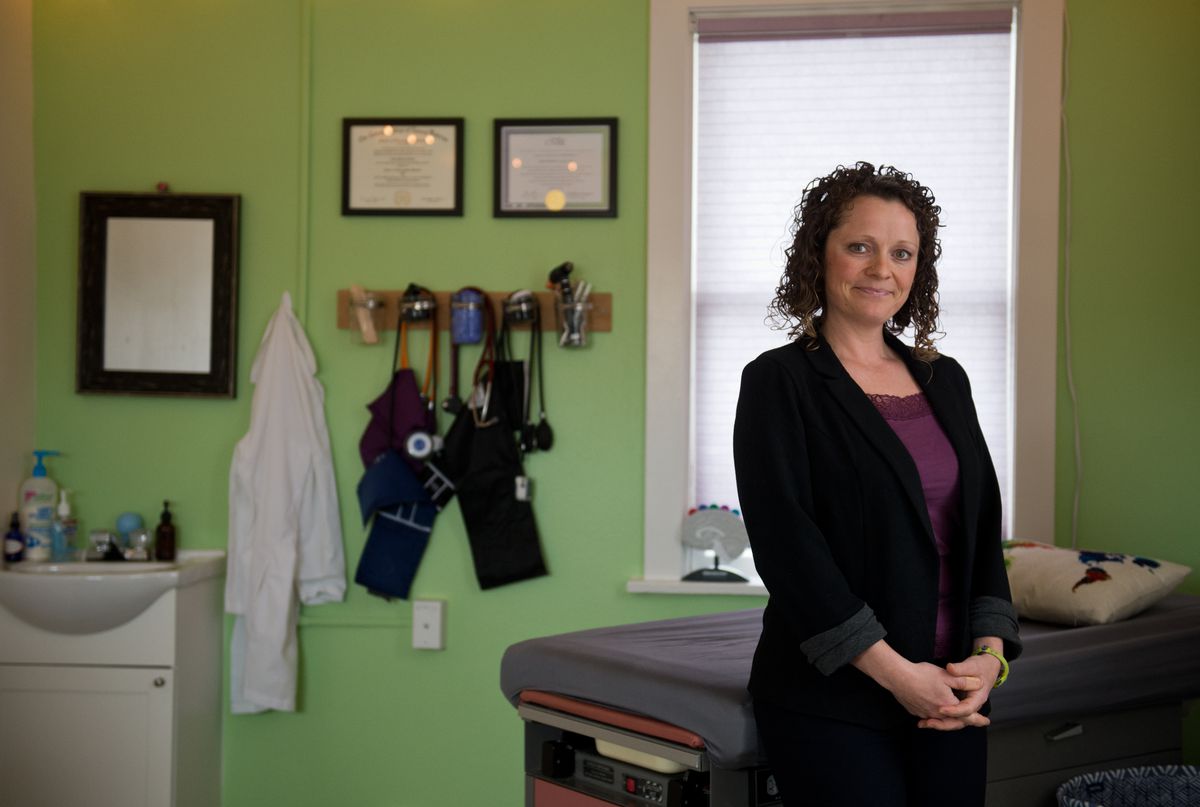 Alaska's naturopaths are vying to expand their scope of practice, but have faced recent setbacks in both the Legislature and court system as a decades-long debate continues over what naturopathic doctors should be allowed to do.

Naturopaths say that they are sufficiently trained to prescribe medicine and perform minor surgeries, like stitches, and have asked the Legislature to pass a bill allowing them to do so. They want to be able to to prescribe most medicine, except for controlled substances, like opioids, as naturopaths do in some other states. But the Alaska State Medical Association disagrees, saying the request could harm the public.

Meanwhile, an Alaska Supreme Court case came back last month that affirmed a lower court ruling barring naturopaths from prescribing anything, including vitamins.

Abby Laing, president of the Alaska Association of Naturopathic Physicians, said that the debate has been broadened far past what naturopaths are asking for.

"Are naturopathic doctors sufficiently trained to practice in the scope outlined in the (legislative) bill? The answer is absolutely yes," Laing said.

"I would be happy to have them show me, or show us all, what kind of training they have that is more than what we think," Lawrason said.

About 50 naturopaths are currently practicing in Alaska, Laing said.

Medical doctors (M.D.s) and naturopathic doctors (N.D.s) differ in some components of training and core philosophy. Their schools are accredited by different organizations. Both complete a minimum of four years of classroom and clinical training.

"There is a lot of overlap in terms of coursework," Laing wrote in an email. "In addition to the same biomedical core training, we study traditional, lifestyle and eastern treatments."

The most significant difference, according to Laing, is the underlying philosophy. Naturopaths "focus less on symptom management and more on treating the underlying drivers of illness," like diet and lifestyle, she said.

"Naturopaths take a much more natural approach to everything, herbal remedies, that sort of thing," Lawrason said.

Laing says that naturopaths receive more training than nurse practitioners and physician assistants, who are allowed to prescribe medicines in Alaska, according to a chart provided to legislators.

Lawrason was not able to confirm whether the chart was accurate. But he noted that medical doctors have a three-year required residency after medical school, whereas for naturopaths, that residency is optional.

Naturopathy is governed not by a board but by the professional licensing division of the Alaska Department of Commerce, Community and Economic Development.

Consistency in education, and drugs as a 'last resort'

Naturopaths have been licensed in the state since 1986. Alaska is one of 20 states that license naturopaths, allowing them to practice, according to data submitted by Laing to the Legislature.

Alaska is one of five states where naturopaths are allowed to practice, but not prescribe medicine. House Bill 326 would have changed that.

Laing said that naturopaths use drugs and medication as a "last resort," but for the efficacy of providing care, it makes sense for naturopaths to be able to prescribe drugs.

Instead of telling someone they need to get blood pressure medication, "I want to be able to prescribe it and not refer them out and hope they go and get it," Laing said.

Lawrason worried whether naturopaths have been trained to use medications for afflictions that are often encountered in an inpatient setting, like diabetes and autoimmune disease.

"I'd like to see them show that they'd had specific trainings on these sorts of things," Lawrason said, to prevent possible drug contraindications.

Lawrason said he did not have much personal knowledge of the exact training naturopaths receive, but said it was "not always consistent and may be better for some than others."

In a letter to the Legislature, Lawrason pointed to seven ways a standard education could be achieved, such as requiring naturopaths to complete a three-year residency.

Why naturopaths want to prescribe Ambien, a controlled substance

Laing said that naturopaths want to be able to prescribe Ambien to help people get off the drug.

"So many people in Alaska are on Ambien and in order to wean people down … you have to be able to prescribe it," Laing said.

Testosterone is used for bioidentical hormone replacement therapy. But in terms of importance, Laing said that testosterone was one of the "least important of the things" they're asking for.

Naturopaths say that by allowing these changes to their practice, they will be able to better fulfill the role of primary-care provider, which in turn will help reduce redundancy in care and increase access in Alaska, where health care costs are the highest in the nation.

With the regular session over, and looming budget decisions ahead for legislators, there's little chance the bill will pass this session.

"We don't have high expectations of the Legislature at this point," Laing wrote in an email.

It's not the first time naturopaths have asked for the power to prescribe medicines, nor the first time it has been opposed by other medical professionals.

In a 2004, a similar bill asking for prescriptive powers ran into opposition by Alaska medical associations, the Anchorage Daily News reported at the time.

For this year's bill, patients wrote in letters of support. One discussed an incident where they needed antibiotics, but had to make a second medical appointment because the naturopath could not prescribe it.

Letters of opposition question naturopathic practices. In one letter, Lawrason pointed to a 2009 study at the University of Washington that found that children were significantly less likely to receive recommended vaccines if they received naturopathic care.

On Friday, though, Lawrason said there were many factors that contribute to why people may not get vaccinated.

"The reason behind it is hard to say. I don't know the personal attitudes, if there are a lot of naturopaths in favor of giving vaccinations or not. I'm not sure," he said.

The crux of the issue began in 1994, when Alaska regulations were drawn up that included definitions of herbal remedies, dietetics and prescription drugs, the court said.

In 2012, those definitions were changed, and the definition of "prescription" was broadened in a way to prevent naturopaths from prescribing anything.

Two years later, the Alaska Association of Naturopathic Physicians filed suit against the state, arguing that the new regulation was invalid. The suit worked its way through the court system until Friday, when the Alaska Supreme Court upheld the regulation.

So, what's next for naturopaths?

"As far as next steps are concerned, all options are on the table. All we can do is to keep presenting the facts and hope that some future legislature will do what is in the best interest of Alaskans," Laing wrote in an email.