Erosion at the end of the Homer Spit is speeding up 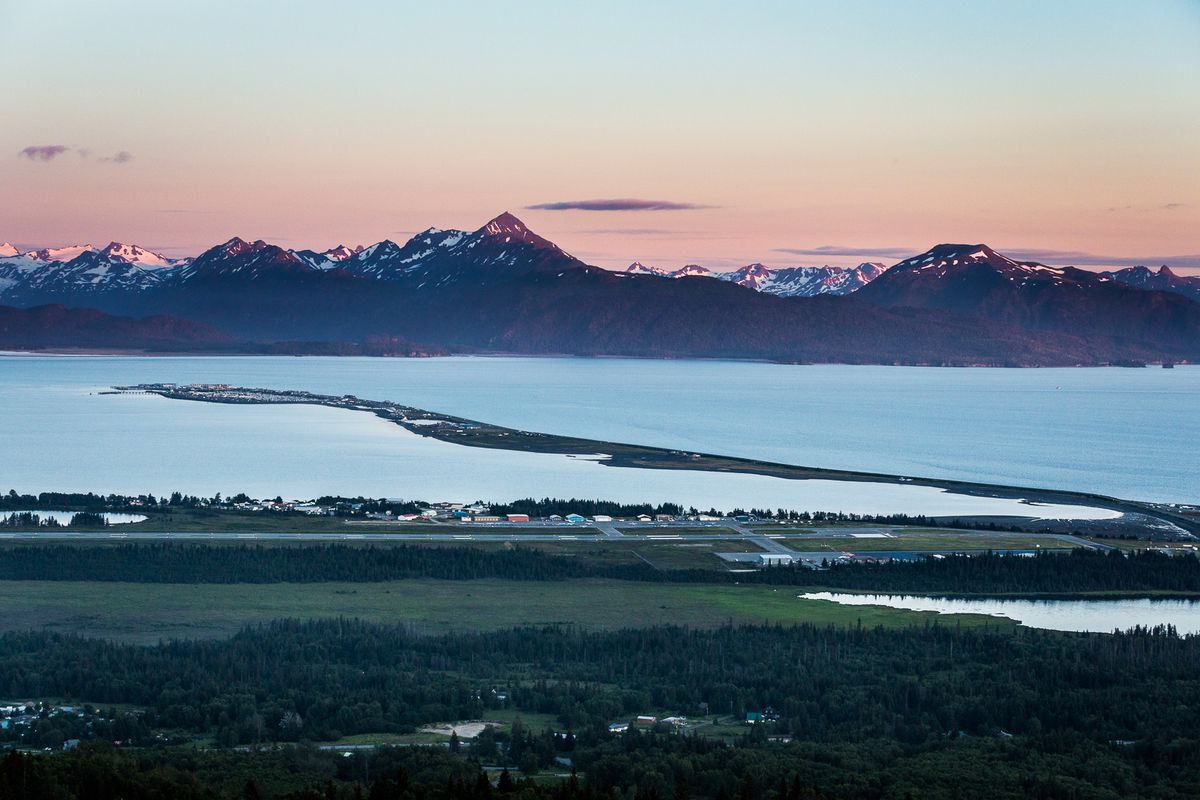 Walk out past the parking lot onto the end of the Homer Spit in front of Land's End Resort and you'll see some changes have occurred over the winter. While the sand all along the Spit shifts with each season, this year is nothing if not dramatic as substantial amounts of sand have been swept away.

The area on the northeast side of the Spit near the ferry terminal has changed the most. What was, only two years ago, a berm followed by a gradual beach reaching the water now features a sharp drop down to the water and has left the end-of-the-Spit resort with little to no beachfront at high tide.

Land's End Resort recently brought in sand, filling in a ledge in front of its deck and along the northeast corner of the property, but said more work is needed.

"The native beach material placed by Land's End is intended as sacrificial, short-term replenishment designed to slow potential erosion during the spring-tide cycle, giving Land's End more time to study the issue," Jon Faulkner, resort owner, wrote in a statement. "In the meantime, there is no perceived risk to the structural integrity of any part of Land's End. The stair system on the northwest corner is being re-designed and re-built."

Land's End Resort was built more than 50 years ago, and during that time, the Spit has changed dramatically. With the prevailing winds of each season, sand and sediment moves around on the Spit, with a pattern of accumulation at the end during the summer and some loss during the fall and winter. But the past two years have been unusual. Faulkner and others say change in the wind patterns in Kachemak Bay may be part of the reason.

"Over the last two years, stronger and more concentrated northeast winds appear to have moved an unprecedented amount of material offshore from the northeast exposed beach," Faulkner said. "How long term these shifting weather patterns are is a guess."

Steve Baird, research analyst and biologist with the Kachemak Bay Research Reserve, has studied sediment movement, land movement and wind patterns on the Homer Spit and beyond. He said analysis of wind speeds at the end of the Spit show more high winds occurring over the last two years than in the 11 years preceding. He said the wind direction has also shifted slightly, changing from the traditional north-northeast wind in the winter to east-northeast. He said other scientists in the region have seen changes in the sediment patterns in Seldovia's outer beach that might be attributed to a decrease in winds from the west as well.

"The two things are linked in my mind," Baird said, "the changing sedimentation and erosion patterns on the end of the Spit and the wind."

Baird said understanding why and how the Spit changes is no small feat. Many factors go into the reasons for sand buildup and erosion along the Spit, which is thought to be a terminal glacial moraine from a glacier now long gone. Local geologists put the age of the Homer Spit at about 16,500 years old, a remnant of four major glaciation periods that also created the shoals off to the west of the Spit.

Baird said one study using time-lapse photography from cameras mounted near the mouth of the Beluga Slough showed masses of sediment, likely coming from the Anchor River as well as the eroding bluffs, moving together and accumulating toward the base of the Spit. Then the fall storms would come in and those masses would race out onto the Spit.

The sediment eventually falls off into the deep trenches at the end of the Homer Spit, he said, though the finer particles tend to be carried around the east side of the Spit, filling in the harbor entrance, the Nick Dugiak Fishing Lagoon entrance and eventually depositing in Mud Bay. The harbor entrance and other features on the east side of the Spit have to be dredged annually, said Homer Harbormaster Brian Hawkins, who is curious to see what this spring's survey of the area will show, given the quantity of material that has been removed this year.

Hawkins said other areas of the Spit suffered unusually high erosion rates this year, too. Part of a city path at the End of the Road Park eroded away and had to be reinforced. For the first time in recent memory, the broken pilings from Homer's 1940s-era dock have appeared along the beach off the End of the Road Park next to Land's End. And erosion occurred along city camping areas as well.

Baird noted that much of the Spit dropped 2 to 4 feet, putting it below the high tide line after the 1964 earthquake, so much of what we now consider to be the Spit is really man-constructed fill. In addition, adding riprap along the base of the Spit as well as the seawall on Ocean Drive Loop has likely changed the erosion patterns.

However, Baird said, if those features weren't in place, he suspects the Homer Spit would change its shape regularly. That only becomes an issue when things are constructed on it. While not a lot of photographs and data exist showing the past shape of the Spit, those that are available show a changing coastline.

"From what we can see, it was almost like an amoeba changing shape," he said.

Baird said it's unclear why the Spit is rising at a lower rate than the rest of Homer. Perhaps the fact that much of the Spit is composed of fill that is still settling is part of the answer. For now, the land rise is keeping pace with the rising water levels.

However, as Homer moves forward with plans for expansion on the Spit, it may have to consider reinforcing more of the coastline to keep erosion at bay, Hawkins said.

Baird said he and others are looking for funding for further study of the changes occurring on the Spit, and said as sea levels continue to rise, they may eventually start to outpace the land's rate of rise.

"It makes us worry a little," he said.

Baird said it is too early to tell if the erosion seen the past two years is part of a trend or an anomaly of a passing weather pattern. For Faulkner, only time will tell as well.

"The tip of the Homer Spit is one of a few remaining areas largely subject to natural forces," he wrote. "In the past 30 years, these forces have been stable, resulting in net accretion of material on the western side and distal tip of the Spit. Quite likely, this is still the case, as short-term anomalies in weather are common, and Mother Nature generally restorative of 'natural' processes."

This story first appeared in the Homer Tribune and is republished here by permission.