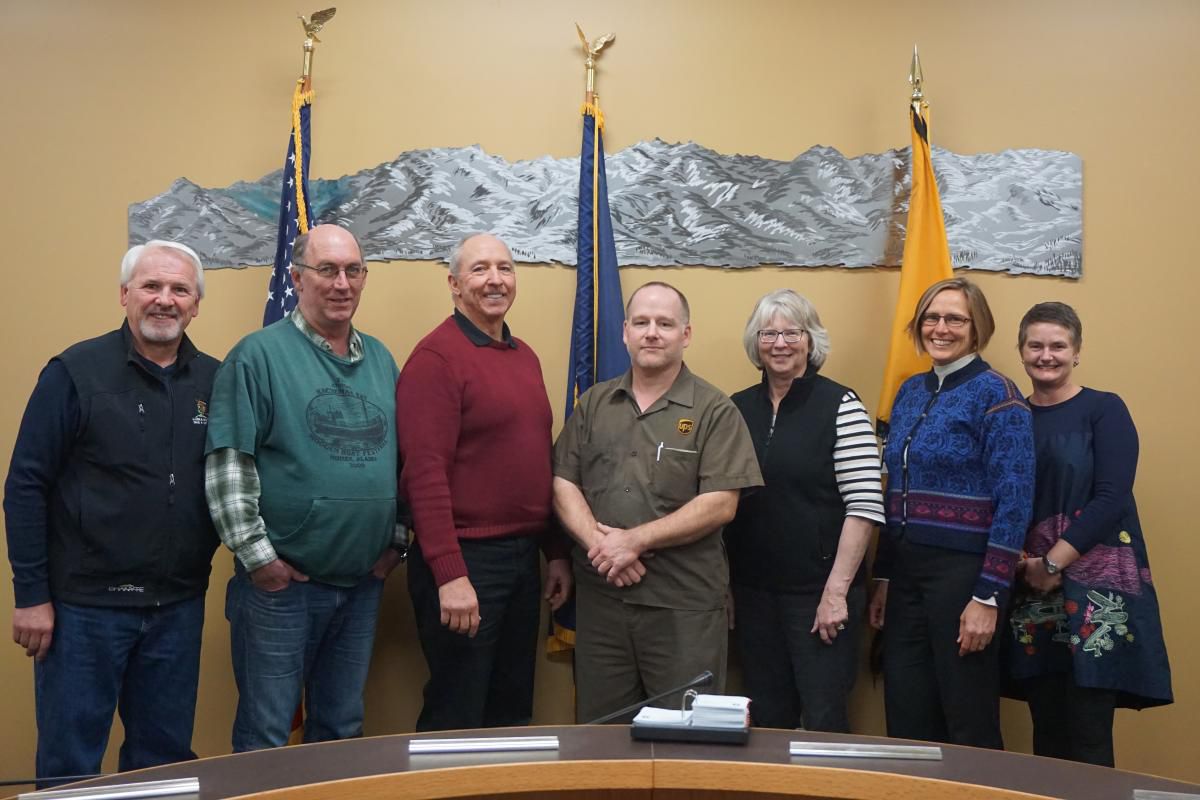 In a special election Tuesday, Homer residents leaned against recalling three city council members accused of lying and misconduct in connection with a resolution said to promote tolerance in the small seaside town.

But the fate of the council members — Catriona Reynolds, Donna Aderhold and David Lewis — wasn't decided Tuesday night. While more than 1,000 Homer voters cast ballots Tuesday, hundreds more voted absentee in the two weeks leading up to the election and their ballots won't be counted until Friday afternoon, said Renee Krause, deputy city clerk. Turnout was on track to be roughly 40 percent.

Preliminary results posted Tuesday night showed tight races. Reynolds held the slimmest margin on the question of her recall, with 547 voting "no" and 514 voting "yes."

Aderhold and Lewis were fending off recall by 79 votes and 64 votes, respectively.

The recall campaign, seemingly a symptom of a polarized national political climate, has pitted Homer residents against one another in recent months. The slogans of the recall were "You're Fired" and "Make Homer Great Again."

The recall originated as a reaction to a group of Homer residents' dissatisfaction with the policies and statements of President Donald Trump. A draft resolution that took aim at Trump and declared that Homer would resist efforts to profile vulnerable populations, like undocumented immigrants, stirred up a firestorm online.

When a toned-down version that didn't mention Trump or undocumented immigrants came before the council in February, critics saw it as a masked effort to turn Homer into a "sanctuary city."

The resolution failed, 5-1, with only Reynolds voting for it. Soon after, proponents of a recall election gathered enough signatures to put the question of the council members' political futures on a special election ballot. Through a public records request, the city released several hundred emails that recall supporters said showed intentions by the council members to make Homer a sanctuary for undocumented immigrants.

The recall petition accuses Reynolds, Aderhold and Lewis of unlawful political activism and covering up their role in preparing the original resolution. Business in Homer suffered when the draft was circulated online, the petition says.

In ballot statements, the council members said they had no involvement in the distribution of the resolution on social media. Reynolds wrote the social issues embraced in the resolution "mirror those of many in our community."

"Who will serve in a very time-consuming volunteer role if they may face recall for voicing an opinion that others disagree with?" Reynolds wrote.

Through the American Civil Liberties Union of Alaska, the three council members sued to try to block the recall. But an Anchorage judge ruled that the officials couldn't claim First Amendment protections as a shield against a voter-initiated recall.

The city council is set to hold a special meeting June 19 to verify the results. At that point, if the recall is successful, the council members will step down.