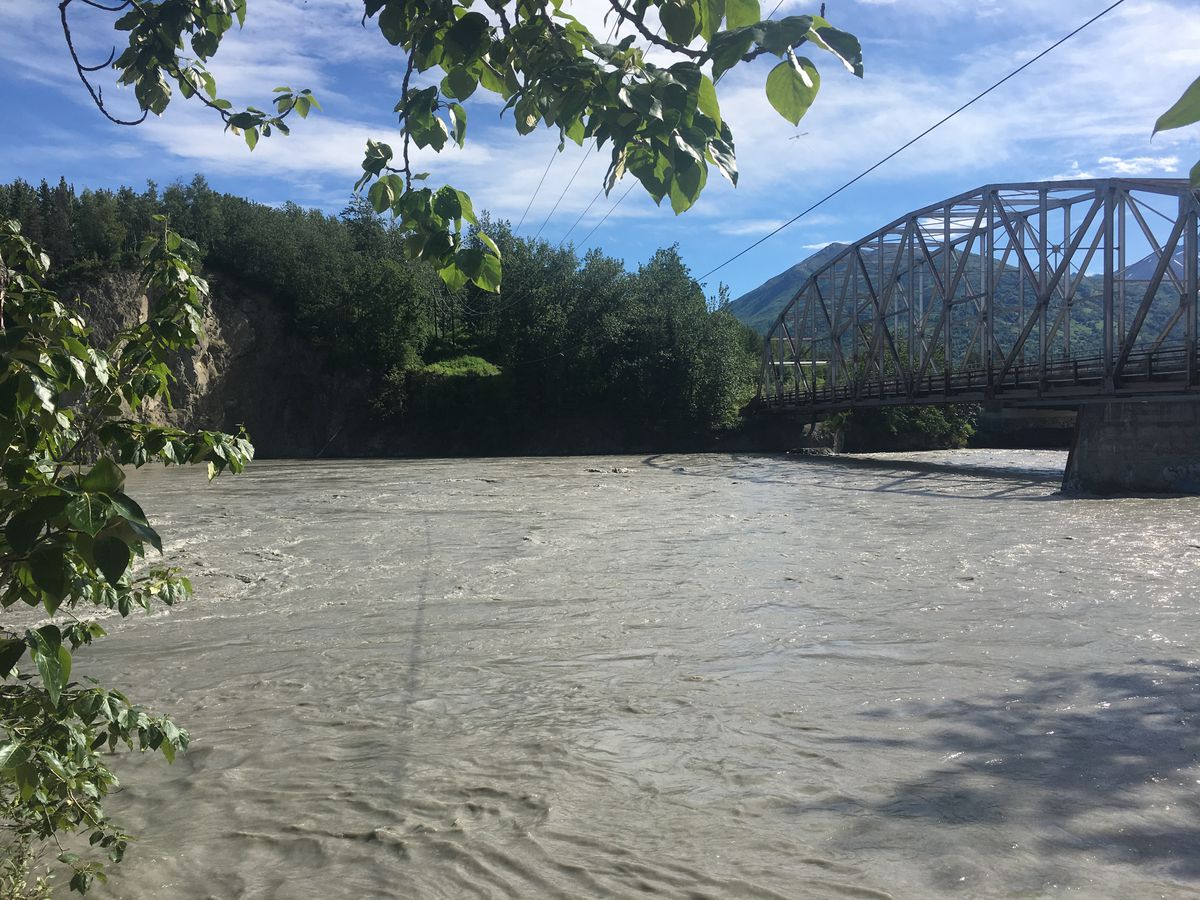 The Matanuska River is flowing high at the old bridge in Palmer, June 20, 2018. (Zaz Hollander / ADN)

The Matanuska River is flowing high at the old bridge in Palmer, June 20, 2018. (Zaz Hollander / ADN)

A 29-year-old Anchorage woman and her young son died Tuesday night after they fell into the Matanuska River in Palmer, authorities said.

The 5-year-old boy was playing or walking in the water when he got into deeper water and his mother tried to rescue him, Alaska State Troopers said. Both got swept away by the swift current.

Troopers identified the mother as Amanda Lange and her son as Gabriel Lange.

Other people in the area saw them, and someone called 911 just after 9 p.m. Tuesday, troopers said Wednesday. The accident took place near Matanuska River Park off the Old Glenn Highway.

Searchers found the bodies of the woman and child, according to Ken Barkley, emergency services spokesman for the Mat-Su Borough.

Amanda Lange had five sons including Gabriel, according to a GoFundMe account set up by the sister of Lange's fiance. The family is seeking help with funeral and living expenses.