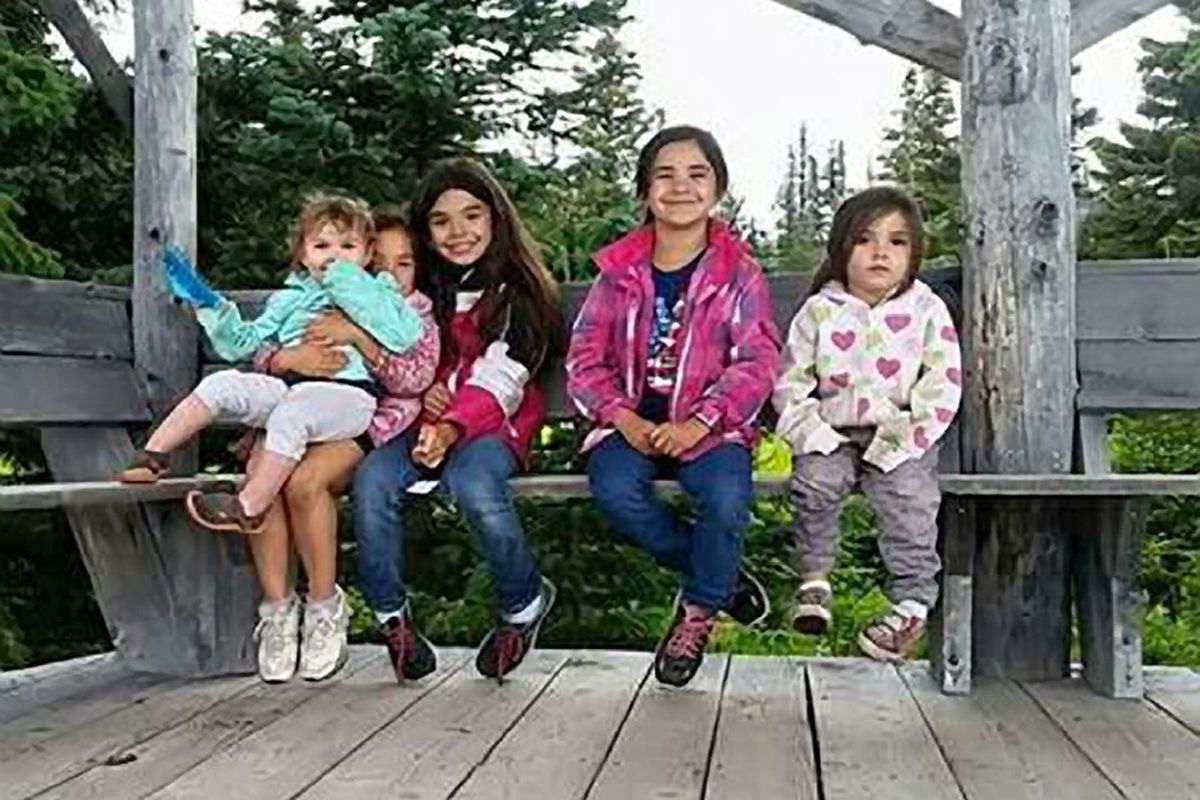 BUTTE -- A 2017 fire that killed five young girls in a Butte mobile home started with a stove used to heat the poorly maintained unit after the gas was turned off, according to a wrongful death lawsuit filed this week.

Someone accidentally turned on the cooktop instead of adjusting the oven that frosty September morning and an overheated pan started the fire, the complaint says. Investigators found no sign of working smoke detectors inside.

The civil lawsuit filed Thursday in Palmer Superior Court by their parents, Jimmy Flores and Janelle Quackenbush, blames Enstar Natural Gas and multiple property owners, property managers and real-estate companies for contributing to their deaths. They are seeking more than $100,000 in damages each and for each of the girls, among other things.

The complaint claims the numerous defendants failed to correct hazards that made the home “uninhabitable,” including the failure to install adequate smoke detectors or fix a poorly maintained furnace and a door that was frozen open, leading to high gas bills the couple couldn’t pay. Flores and Quackenbush repeatedly asked for detectors and other fixes, it says.

The lawsuit also claims Enstar shut off the gas and then didn’t allow the family to put the gas bill in their names because one had an unpaid bill, leaving them without heat as winter came on.

“The tragic, horrific fire and deaths of the five children were a direct result of a dangerous residence which was sold and rented in violation of applicable safety laws,” said attorney Phillip Weidner, one of three attorneys named in the complaint. The others are Lisa Rosano, also at Weidner & Associates, and Joshua Fannon. “In addition, the fire was the result of gas being turned off to the residence and the family being denied gas in an improper manner.”

An Enstar spokeswoman said Friday that the gas company had yet to be served with the complaint and declined to comment on any pending litigation. An attorney representing the former owner did not respond to a request for comment.

The current owner of the property declined to comment, given the lawsuit.

Flores and Quackenbush moved into the home a year before the fire.

The former owner, a family trust in the name of Jackie Hughes, began trying to evict the family in April for non-payment of rent. A judge found the family had tried to pay the rent and was working on the utility bills and refused to order them evicted.

Hughes sold the “dilapidated” property to Chris Elder about a month before the fire, according to the complaint.

Hughes contacted Enstar to shut off the natural gas, the document says. The family found out when an Enstar employee showed up in early September. They tried to get their own account set up, but Enstar told them they had to pay the entirety of a past-due bill one of them owed first.

They began using the oven to heat the unit after Enstar turned off the gas, periodically turning it on and propping open the door, the complaint says.

The day of the fire, a family member -- the document doesn’t specify who -- either tried to turn on the oven or tried to turn it off but instead turned on a heating element. An aluminum pan left on the front-left part of the cooktop began to melt and ignited something nearby.

The fire quickly engulfed the home. Firefighters responding from a station less than a half-mile away found four of the girls in a back bedroom and one in the corner of the living area.

The state fire marshal at the time found the cause of the fire to be cooking-related and said in 2017 that investigators had “found no evidence yet of functioning smoke detectors in the mobile home.” After the investigation finished, the investigator found no evidence either to prove or disprove that there was a working smoke alarm, State Fire Marshal Rich Boothby said in an email Friday.

The family was getting ready to move to a nearby duplex within about a week.

Along with the loss of their children, the lawsuit says, Flores and Quackenbush also ended their marriage. A friend said they are separated and living in different states in the Lower 48.

“Flores and Quackenbush are severely traumatized as a result of witnessing the burning of their home, the loss of their children in the fire, and the end to their family,” the complaint states. “Their marriage is irreparably damaged. They will never recover from the tragedy.”

The day of the fire, Flores left home to train for a new job as a school bus driver. Quackenbush was home with the girls but left briefly to give her mother a ride to work. She left her oldest, Alexis, in charge.

Flores got his wife’s desperate call to come home while he was on a bus, a relative said a few days after the fire. Quackenbush had arrived at the mobile home park just after 7 a.m. to see it aflame, learned the children were still inside, and collapsed. Flores joined her not long after. A neighbor said he returned, alone, to the burned-out unit that night and could be heard crying out.

Sandy Beach, a Butte medic at the time, stayed with Flores and Quackenbush, and her mother at the scene.

“I’d been an EMT for 22 years and it was the worst call I’d ever seen,” Beach said this week

Three of the girls attended Butte Elementary, a school of about 325 students a few miles from where the mobile home stood.

Locals working with Butte Area Residents Civic Organization are trying to raise money to build a memorial playground with a pavilion and outdoor musical instruments -- preschool equipment for the school with 60 preschool students and no equipment geared toward younger children, Principal Joshua Rockey says.

The loss of three girls from one small school hit students and staff hard, Rockey said.

“They are resilient, and have done great things, but it doesn’t just go away,” he said.