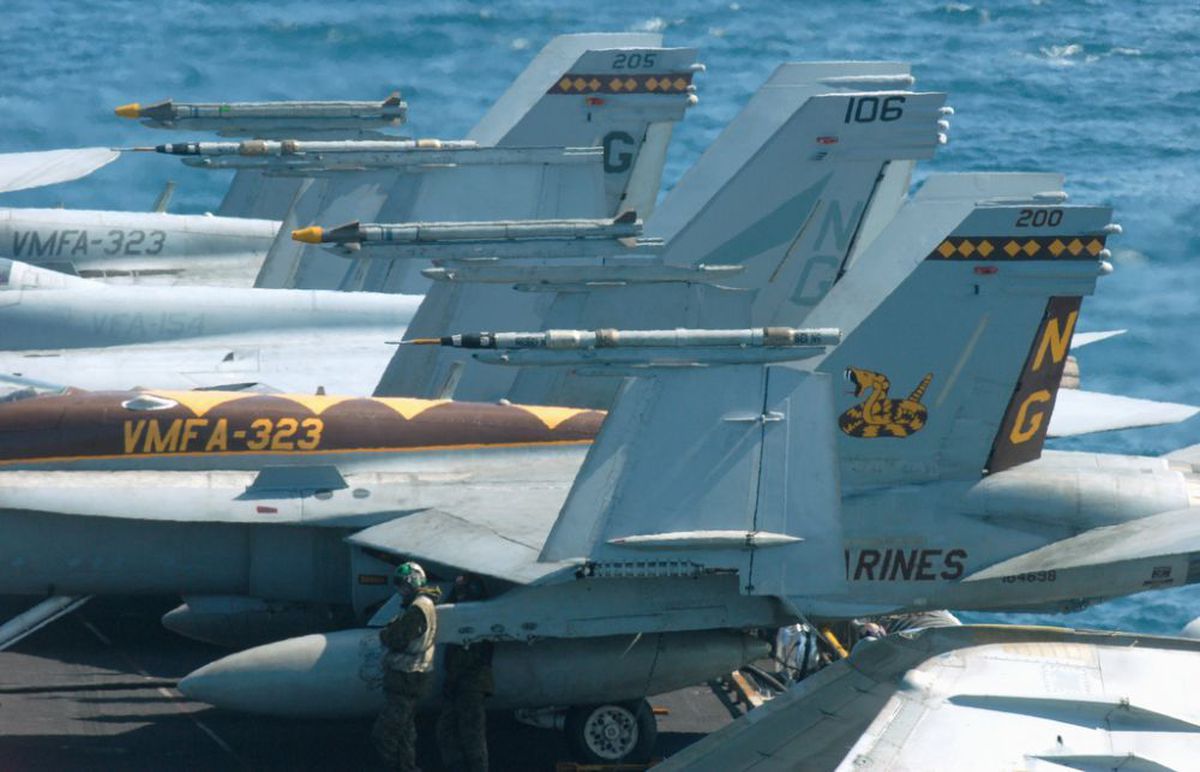 A massive military exercise will return this spring to the Gulf of Alaska, and so is the controversy over its environmental impacts.

Northern Edge, a biennial training exercise led by the Alaskan Command, is scheduled for May 1-12 in the waters, skies and mountainous terrain of Southcentral Alaska. It will amass 6,000 soldiers, sailors, airmen and other personnel, 175 aircraft and several ships from the Navy, Army, Air Force, Coast Guard and National Guard to test and improve their skills in simulated combat.

"It is Alaska's premier joint training exercise designed to practice operations, techniques and procedures, and enhance interoperability among the services," the Alaskan Command says on Joint Base Elmendorf-Richardson's website.

But to many people living in the coastal communities closest to planned Northern Edge marine operations, the state's biggest joint military training exercise is cause for big worries.

They are concerned about impacts to fish and marine mammals from planned explosions, underwater live sonar, deposits of heavy metals and hazardous chemicals, and other potential disturbances.

This year's Northern Edge is particularly ill-timed, critics say. The May date coincides with the start of the commercial salmon fishing season and comes when animals are migrating en masse into Alaska. Early May is peak time for spring migration of shorebirds into the region, for example, a fact celebrated by big festivals in the Prince William Sound town of Cordova and the Kenai Peninsula town of Homer.

Resolutions passed by local governments in communities ranging from the sprawling Kodiak Island Borough to tiny Tenakee Springs have asked military leaders to reschedule Northern Edge to a time after mid-September, avoiding late spring and summer entirely. The communities' resolutions also urge the operations to stay out of designated protected areas in the marine ecosystem and other vulnerable spots, such as the waters over seamounts, and move all marine operations farther offshore.

"Nobody has asked the Navy to stop. We're just saying change the time. That's a pretty moderate request on behalf of people who make their living and feed their families and fill their freezers with fish," said Emily Stolarcyk, program manager for the Eyak Preservation Council, a Cordova environmental group.

Count Sen. Lisa Murkowski among those seeking a change in timing. In a letter to the commanders of the U.S. Pacific Command and U.S. Pacific Fleet, Murkowski last week asked that they "give serious thought to conducting the Gulf of Alaska component of the Northern Edge 2019 exercise in the fall."

Scheduling of Northern Edge is ultimately decided by the U.S. Pacific Command, said Alex Stone, an environmental program manager for the Navy. It is complex, as there are so many military organizations involved, with competing events and obligations, Stone said.

Concerns about this year's Northern Edge marine activities are similar to those raised in 2015, when there was also a wave of local opposition.

Then, the Navy, which is the lead military branch for maritime elements of Northern Edge, fumbled its relationship with affected communities by failing to listen to locals, according to Murkowski.

"In Alaska, process matters and it is expected that project proponents will engage in meaningful conversations with a broad range of stakeholders, even those that the proponent might find distasteful or immovable. That is the Alaskan way," she said in a letter sent last September to then-Navy Secretary Ray Mabus.

The Navy last fall promised to do better in the run-up to Northern Edge 2017.

"I readily admit we could have done a much better job reaching out to potentially affected stakeholders leading up to NE15," Dennis McGinn, then-assistant secretary of the Navy, said in an October response to Murkowski. This time around, McGinn said in his letter, the Navy "plans to build upon the lessons learned" in 2015 and to expand public involvement and community engagement opportunities.

The Navy and the Alaskan Command have followed through with presentations at events like Kodiak's big annual commercial fishing convention, Comfish.

There are other changes since 2015.

The National Marine Fisheries Service authorization that covered Northern Edge's 2015 operations has expired, so the Navy has applied for a renewal. To that end, the Navy has released a supplemental environmental impact statement, and a record of decision is expected imminently.

"We don't have the permits yet for the exercise that we're going to do in May, but we're working on them," said Stone, who manages the Navy's Gulf of Alaska environmental-review work.

The supplemental EIS, which analyzes potential operations that could be held anytime between April and October, describes some changes to Northern Edge activities that are intended to better protect the environment. New safeguards are promised for critically endangered Pacific right whales, and there are some sensitive zones identified where sinking exercises or explosions would not occur.

With or without Northern Edge, the Gulf of Alaska environment has sustained some shocks in the past two years.

Pink salmon runs in Prince William Sound, the Kodiak area and Lower Cook Inlet were disastrously low last year. There were die-offs of tens of thousands of marine birds, and dozens of large whales were found dead, their carcasses floating or beached in the western Gulf of Alaska. Causes are still being investigated.

Stone said the Navy is aware of those problems. "We use the best available science, so we track the changes in the environment that have occurred in the Gulf of Alaska," he said. "We do factor that into the analysis."

But Stolarcyk and other critics say a big flaw in the Northern Edge planning is the lack of follow-up research. Even though it is new, the Navy's latest environmental document shows that knowledge gaps persist, she said.