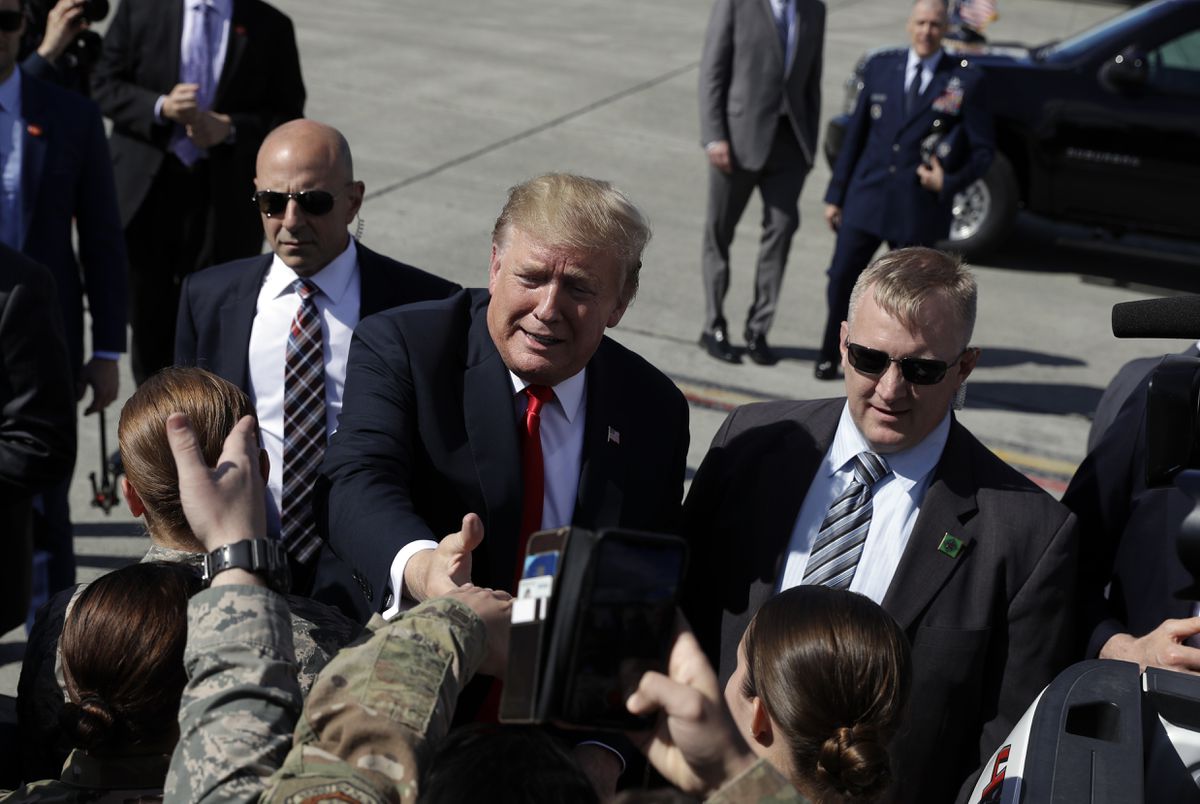 President Donald Trump greeted military personnel and met with Gov. Mike Dunleavy at Joint Base Elmendorf-Richardson on Friday afternoon during a refueling stop en route to Japan from Washington, D.C.

Air Force One landed at JBER late Friday afternoon. Trump stepped off the plane and chatted with military personnel on the tarmac, posing for photos, signing caps and shaking hands along the way. As he walked across the tarmac, Trump said Alaska is a “nice stop.”

“We’re here in Alaska, we’re on our way to Japan, we’re with our great military. These are great, great future leaders, right?” Trump said in a video posted on his Twitter account Friday afternoon that showed him among JBER troops.

In Alaska with our GREAT TROOPS, departing shortly for Japan! pic.twitter.com/9a72TMftpN

Pres Trump overheard chatting with airmen on the tarmac. “Getting new F35s delivered in about two weeks,” he said to one. “Are you ready for it?” he asked. He asked another about the F22s at the base. pic.twitter.com/8kt6mIg5ao

On the tarmac at #JBER, Pres Trump takes a selfie with Air Force personnel. pic.twitter.com/EgahBp7Mw5

“We just got off the plane, I wanted to say hello, and these are tremendous people,” Trump says in the video, turning to the troops behind him. “So thank you very much,” he says to cheers from the crowd.

Trump met with Dunleavy aboard Air Force One during his refueling stop. The two discussed “a number of Alaska-focused priorities, including resource development, streamlining regulations and other items directed at growing Alaska’s economy,” according to Dunleavy spokesman Matt Shuckerow.