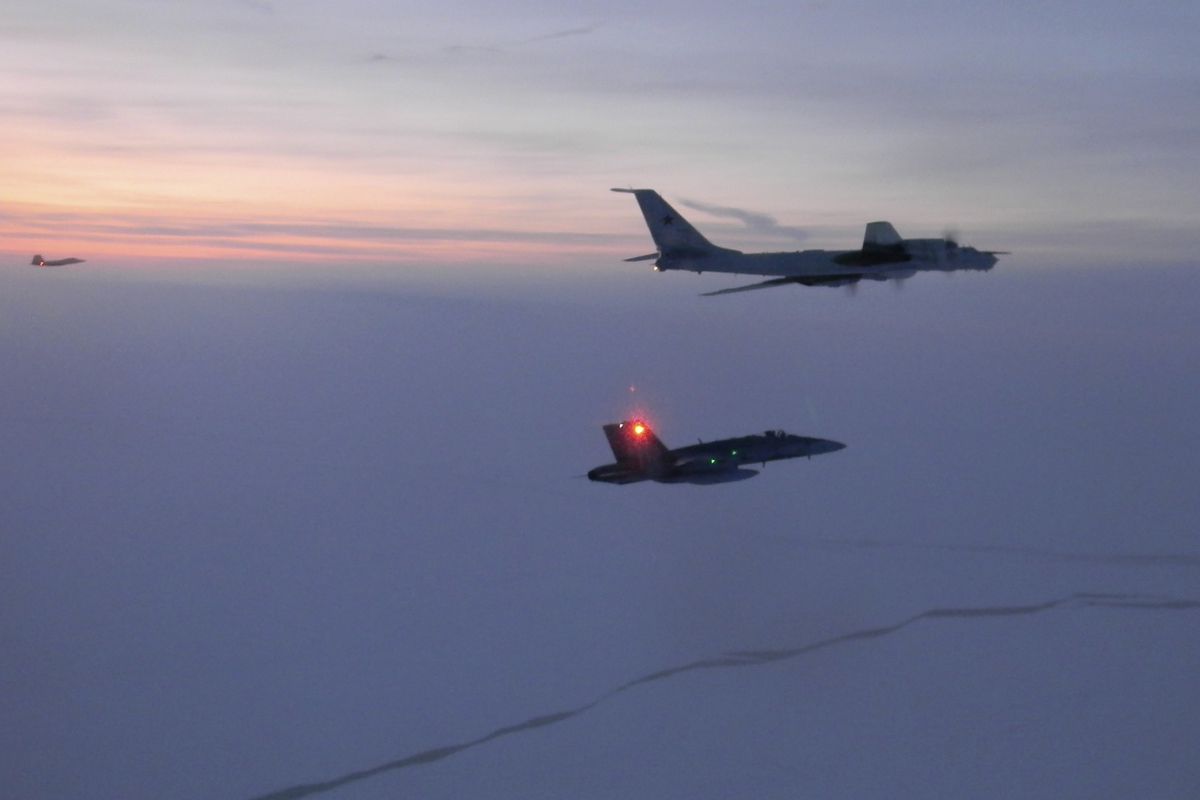 The Russian Tu-142 maritime reconnaissance aircraft were escorted by F-22 and CF-18 planes, the North American Aerospace Defense Command said in a release.

The Russian planes never left international airspace during the duration of the four-hour flight on Monday, but did come as close as 50 miles from the Alaska coast, likely closest to Utqiagvik, Capt. Cameron Hillier, a NORAD spokesman at Peterson Air Force Base in Colorado Springs, told The Associated Press.

NORAD officials said in the release that the Russian aircraft did not enter U.S. or Canadian sovereign air space.

Russian planes flying near Alaska or Canada are fairly routine, with the last occurring in January. Hillier said such incursions happen five to seven times a year since Russia restarted the practice in 2007.