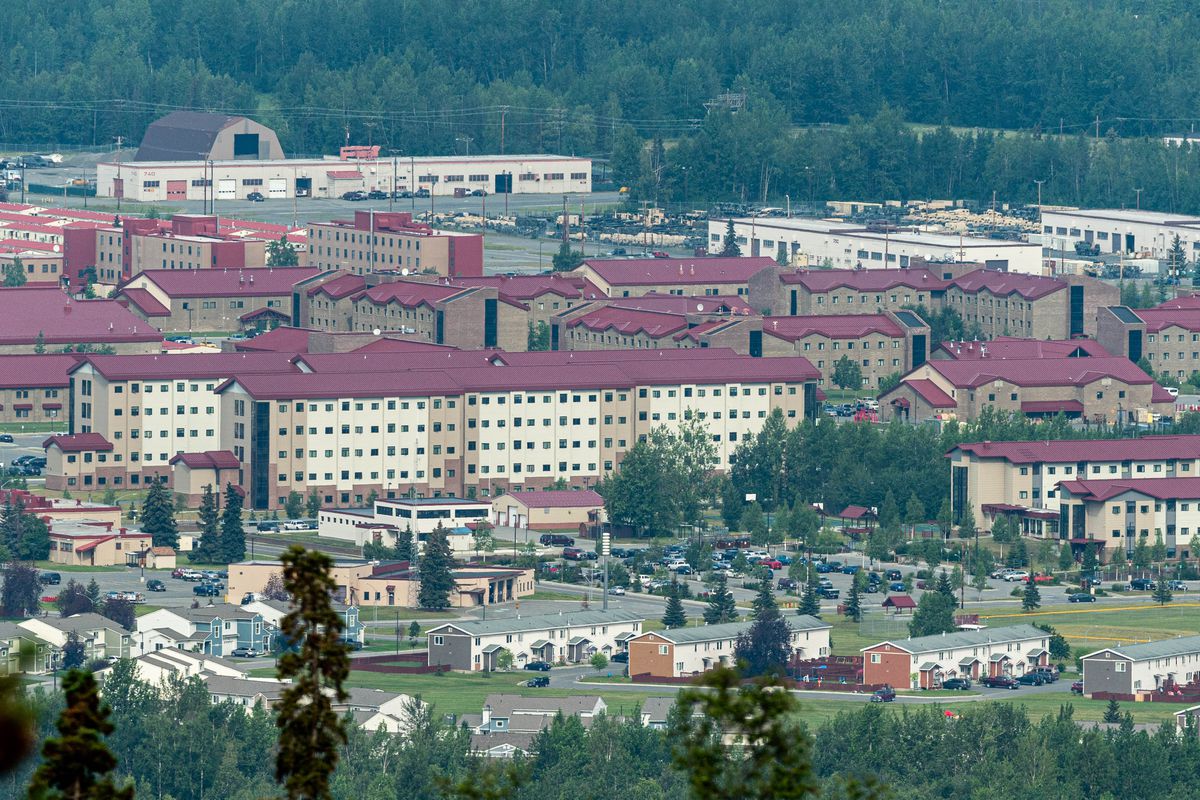 Anchorage’s military base is tightening up its pandemic precautions while airmen and soldiers have been told to avoid bars and dining in at restaurants amid rising COVID-19 cases on and off base.

“Over the last seven to 10 days we’ve seen significant increases on base, mirroring what we’re seeing in Anchorage and across Alaska,” Aguilar said in the video.

Because of virus transmission among people in workplace settings, more people may be asked to telework, Aguilar said. And the JBER Government Hill gate was closed temporarily, starting Saturday.

Members of the 673rd Air Base Wing also aren’t allowed to visit businesses that “primarily engage in preparing and serving alcoholic beverages for on-site consumption,” according to an Oct. 8 memo from Aguilar. The order keeps active-duty airmen assigned to the 673rd Wing from visiting bars, breweries, pubs and nightclubs.

Though bars and restaurants are allowed to operate at a limited capacity across the municipality, the memo was enacted as a “precaution” and was sent because of increasing COVID-19 cases statewide as well as in Anchorage and on base, according to media operations section chief Erin Eaton. The memo may be reviewed within 30 days.

“The decision was made based on data and inputs from the medical team through their contact tracing efforts, and through base leadership’s evaluation of risk,” Eaton said in an email.

Posted by Joint Base Elmendorf-Richardson - JBER on Friday, October 16, 2020

Similarly, a U.S. Army Alaska memo from August bars soldiers from dining in at restaurants and does not allow them to “enter business establishments that primarily engage in preparing and serving alcoholic beverages for on-site consumption.”

That includes both indoor and outdoor bars, as well as other establishments like breweries, pubs and nightclubs. The order also mandates wearing masks, social distancing and limits gatherings of more than 10 people.

“To the extent this order imposes a higher or more restrictive standard than the State of Alaska, it reflects my judgment that considerations of military readiness, force protection, and public health necessitate a different approach,” according to the policy issued by the commanding general of U.S. Army Alaska, Maj. Gen. Peter Andrysiak, on Aug. 27.

The order applies to soldiers and civilians assigned to U.S. Army Alaska, including Fort Wainwright, according to deputy public affairs officer Charlie Dietz. It remains in effect until rescinded.

“While these measures are more stringent than the state and municipalities currently have, we want to ensure that we are being good partners with our Alaskan communities,” Dietz said in an email. “All of these decisions were made with input from Public Health and our numerous doctors and health experts within our teams.”