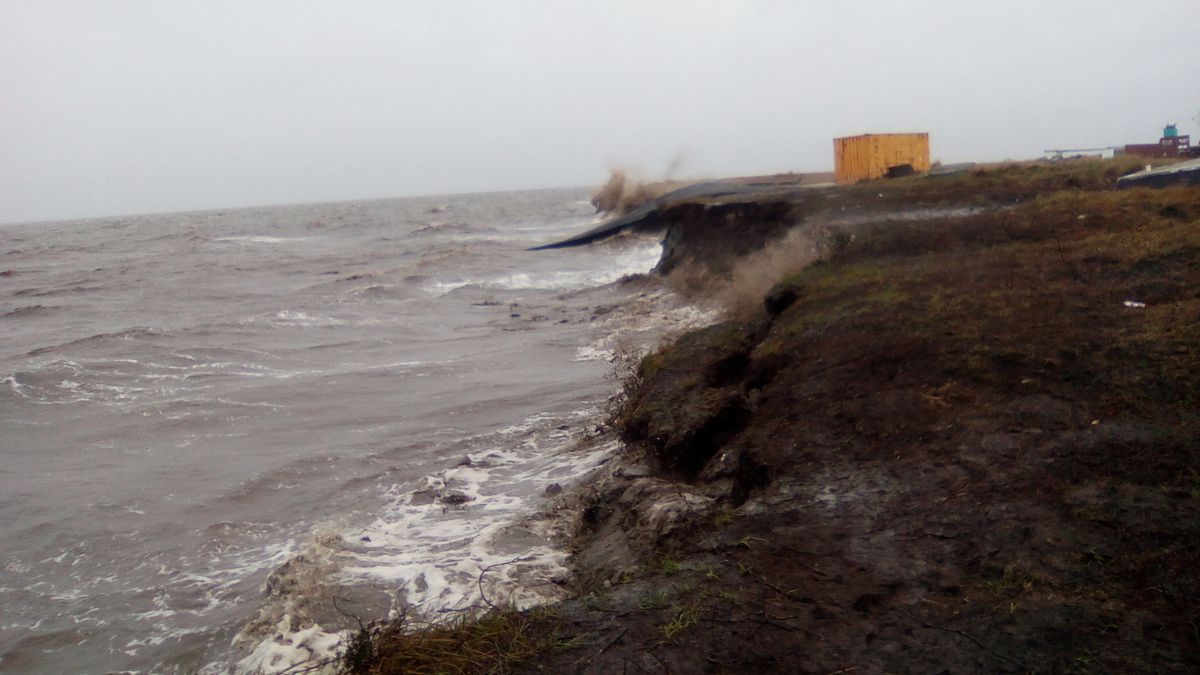 The Denali Commission made the decision earlier this month, committing the largest-ever chunk of money for Newtok's effort to rebuild nine miles away, said Jay Farmwald, the agency's programs director.

The village of about 375, some 500 miles west of Anchorage, wants to escape flooding and erosion from the Ninglick River.

"There is no stopping the river," Farmwald said. "It's absolutely inevitable that the community will disappear."

The river chews toward the village at about 70 feet a year, based on historical averages, putting some homes at risk this year while major facilities such as the school may have a few years left, officials said.

[Newtok and the creep of climate change]

The delegation last week recommended Torgerson for the interim role, in a letter to U.S. Commerce Secretary Wilbur Ross, who will select Neimeyer's replacement.

Neimeyer was "instrumental" in helping the Denali Commission secure the funding to help Newtok, Farmwald said. The independent federal agency is tasked with helping Alaska villages at risk from climate change.

The federal spending bill approved in March provided most of the money, $15 million. The remainder of the $22 million includes pre-existing agency funds and a required state match of $2.5 million.

With the money, the commission plans to install at least 13 houses at the relocation site, known as Mertarvik, said Don Antrobus, a program manager with the agency.

The money would also help pay for the infrastructure needed to support the houses, such as roads, water service and electricity.

To get houses to Mertarvik economically, the commission plans to renovate and ship out barracks that are no longer needed at Joint Base Elmendorf-Richardson near Anchorage.

Eight houses at Mertarvik are already seasonally occupied or being completed, so the housing stock would rise to more than 20 under the new plan.

"This definitely increases the odds" the village will be fully moved, said Romy Cadiente, tribal relocation coordinator for Newtok Village Council. "Everyone is really just elated."

The village's relocation effort began more than 20 years ago. Agencies have spent about $47 million on it, including construction help from a domestic military program. Most grants came in relatively small amounts.

The village is working with state and federal agencies to secure money for other key facilities, such as an airstrip and school, Cadiente said.

The regional school district intends to support a distance-learning program at Mertarvik until a new school can be built, Farmwald said.

Farmwald said the Alaska Native Tribal Health Consortium, which provides construction and engineering services, has been selected to manage the project.

The large shot of money could accelerate the relocation, Farmwald said. More agencies might be able to provide funding once a year-round community starts.

"This hopefully provides the critical mass that breaks that logjam, and hopefully other funders step forward," he said.