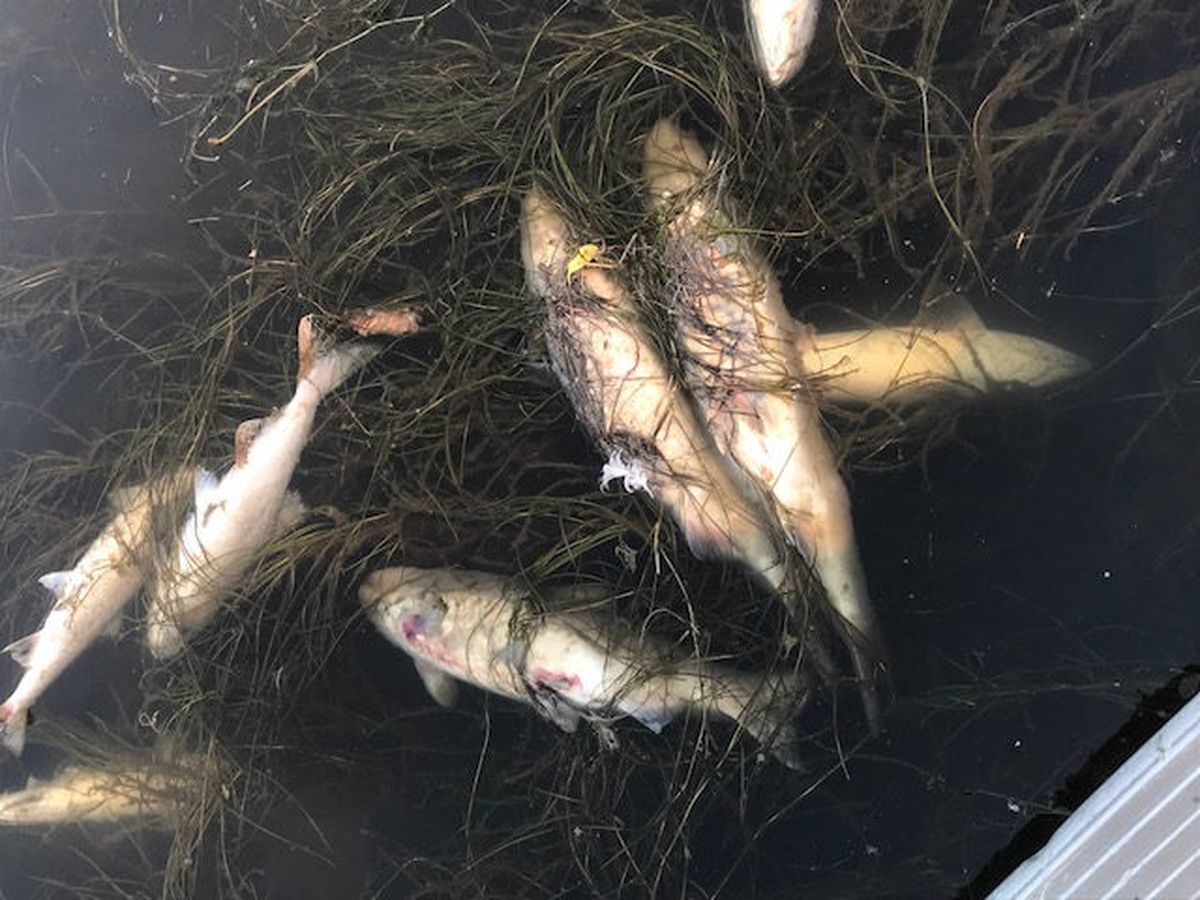 The corporation’s fisheries director, Wes Jones, says the numbers of dead humpies being reported are larger than what’s normally seen in the Norton Sound region, spread out across several communities from east to west.

One of those reports came from Sophia Katchatag, the community coordinator for the Native Village of Shaktoolik. On Tuesday evening, Katchatag took her family up the Shaktoolik River, to a place called Jink-wok, to swim and cool off from the hot weather. She found a creek with “one area completely filled with dead pinks floating on top of the river.”

Katchatag didn’t pick any of them up, and she doesn’t intend to eat them, either.

Based on Katchatag’s observations, they looked to be healthy fish without signs of disease. She said she’s never seen so many humpies dying before it’s naturally time for them to spawn out.

There are multiple possible explanations for the salmon die-offs, but Jones says the main drivers are most likely higher water temperatures and a high concentration of fish. According to Jones, the Shaktoolik River weir counted about a million pinks through the river on Wednesday alone. That amount is almost double the number of pink salmon previously recorded for that date in the river.

Rick Thoman, a climatologist with University of Alaska Fairbanks, confirms the water temperatures in Norton Sound have been above average for days now, with no signs of cooling off.

“More immediately impactful will be water temperatures in rivers are thought to be very high right now, and that could have potential impacts on salmon spawning. As water gets warm, it holds less oxygen, and that potentially becomes a problem.”

Norton Sound Economic Development Corp. plans to collect more data on water temperature and dissolved oxygen levels to help confirm this possible cause for the pink salmon die-offs. According to the corporation, this is another example of what could be a larger ecosystem shift in the Norton Sound brought on by warming waters.

Jones says it’s natural to see salmon die-offs, and pink salmon populations crash eventually, but losing this many humpies early in the spawning season could be the tipping point.

“The pink numbers are going to go down at some point. Will this push them down farther? I think where it does happen on specific rivers, this is going to be the trigger that makes the population go down for a while.”

Jones emphasizes that during a time when unusual mortality events and changes are happening in the region, it’s important to be vigilant and report those observations to the corporation or the Alaska Department of Fish and Game.