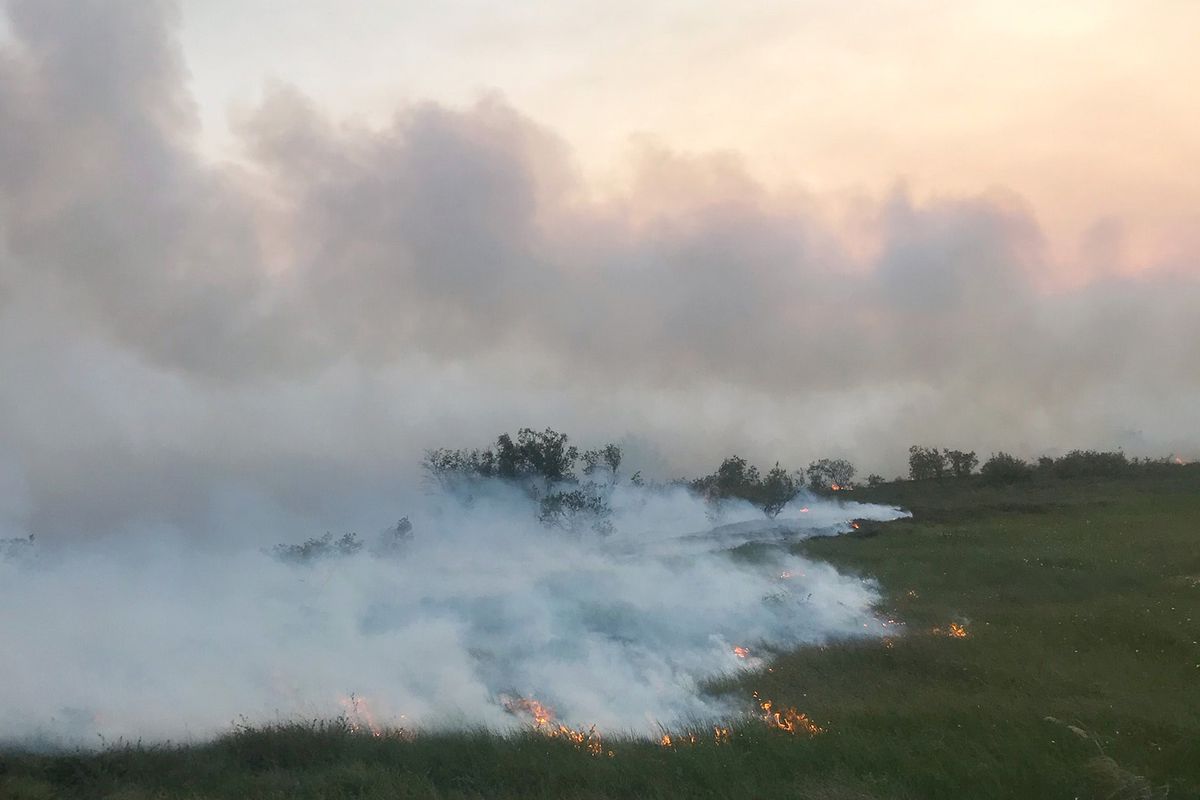 Smoke jumpers and residents from a Bristol Bay village kept up their attack Tuesday against a wildland blaze that menaced the community for two days, threatening homes and forcing evacuations as it grew to an estimated 5,000 acres.

“No one in our community has experienced a fire like this before,” said Alexander “Skipper” Tallekpalek, tribal president in Levelock. “There were people that were scared of the smoke and fires.”

The blaze somehow flared in the wilderness over the weekend, fueled by an unusually warm summer and windy days, he said. It started north of the village and moved along its western flank.

“The fire danger is not as high now,” he said Tuesday by cellphone in Levelock. “I’d say it’s down to smoldering" and hot spots near the village.

The flames late Sunday forced many residents to temporarily take refuge in skiffs in the river, residents said.

Tallekpak and other village men stayed in Levelock on Monday to fight the fire. Many elders, children and some families boarded planes to take shelter in nearby communities, he said.

Levelock, population 80, is located 60 miles east of the hub city of Dillingham.

As flames raced over tundra and trees near the village, residents used bulldozers to scrape soil into protective berms. The village fire truck is old and doesn’t work, so they filled water tanks and pulled them behind a four-wheeler, dousing problem areas as flames encroached.

“The fire actually got about 200 yards” from some houses, he said.

Beth Ipsen, with the Alaska Fire Service, said firefighters and village residents worked together to control two flare-ups of the Levelock fire, which had jumped the newly created fire breaks around the village.

By Tuesday, fire breaks had been created around much of the village, Tallekpak said.

Firefighters planned to conduct a burn operation Tuesday near the village to eliminate brush that could fuel the fire. Additional smoke jumpers are expected to be sent to the area, she said.

“They are being creative and working closely with the community,” she said.