Bowhead whales might be the longest-lived mammals on the planet 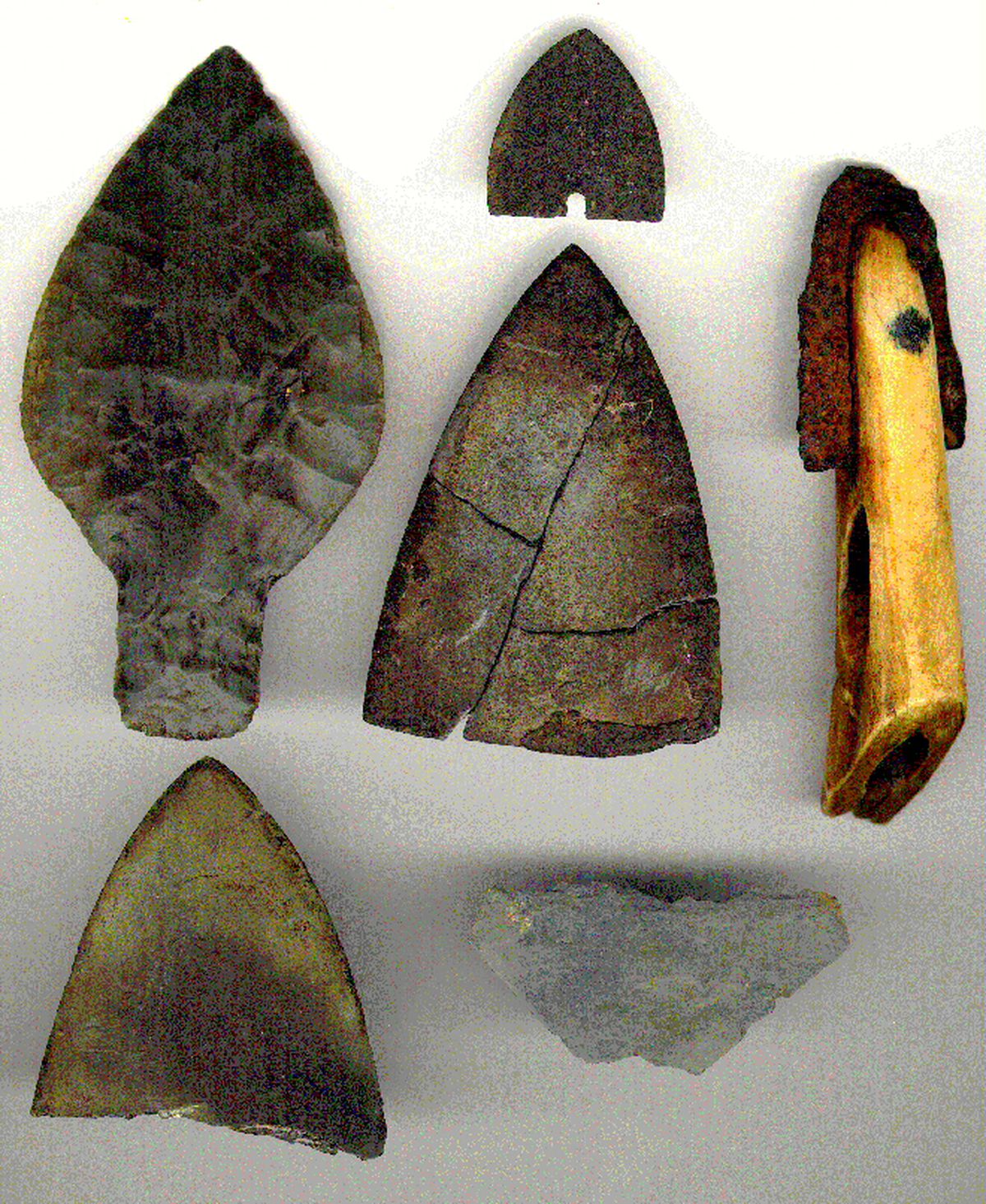 As biologist Craig George was helping Native whale hunter Billy Adams cut sections of blubber from a bowhead whale, he pressed his knife into an old scar in the whale's skin. The knife made a crunching noise; George cut deeper, then pulled out a sharp piece of slate. He held in his hands a harpoon point the whale had been carrying for perhaps a century.

Ten years earlier, whaling captain Fred Ahmaogak from Wainwright had found an ivory harpoon tipped with a metal blade. Hunters have recovered six of these old harpoon points from bowhead whales. Along with chemical evidence from the whales' eyes, the harpoon tips suggest that the bowhead may be the longest-living mammal on earth.

George, who works for the North Slope Borough in Barrow, has studied bowheads for more than 30 years. The whales grow to 60 feet, weigh one ton at birth and can weigh more than 120,000 pounds as adults. Insulated by blubber more than a foot thick and sporting heavy bones in their skulls with which to break holes in sea ice, they spend their entire lives in northern waters.

Northern Inupiaq and Yupik hunters have killed bowheads for more than a thousand years. The Alaska Eskimo Whaling Commission manages hunts in which village crews from 10 villages take about 40 bowheads each year. George found the old harpoon point after a May hunt, and whaler Ben Ahmaogak Sr. from Wainwright found two stone points inside a large whale a year later.

"Archaeologists and anthropologists say that stone weapons were pretty much out of use by the turn of the century," George said from his office in Barrow.

Scientists had thought that bowheads had a lifespan similar to other whales, but the old harpoon points hinted that some of the whales alive today were swimming in the cold waters of the circumpolar seas more than 100 years ago.

George was interested enough that he contacted Jeffrey Bada of the Scripps Institution of Oceanography in La Jolla, California.

Bada is a geochemist who uses a method of determining the age of living things by changes in levels of aspartic acid, an amino acid in the eye lens and teeth.

George send Bada 48 frozen bowhead eyeballs, each about the size of a billiard ball, that he and other biologists had saved from whale hunts in Barrow, Gambell, Wainwright, Point Hope and Savoonga from 1978 and 1997. George knew the relative ages of the whales the tissue samples came from but he didn't tell Bada, who nonetheless determined which sample came from an infant, a juvenile or an adult.

Bada found that most of the adult whales were between 20 and 60 years old when they died but five males were much older. One was 91, one was 135, one 159, one 172 and the oldest whale was 211 years old at the time of its death. That whale was gliding through the Bering, Chukchi and Beaufort seas when Thomas Jefferson was president.

Bada pointed out that the method of measuring changes in aspartic acid has a range of accuracy of about 16 percent, which means the 211 year-old bowhead could have been from 177 to 245.

The oldest known ages for mammals were 110 years for a blue whale and 114 years for a fin whale, based on a Japanese scientist's counting of waxy laminates on the inner ear plug of the whales, a method that does not work for bowheads. The oldest living person with a birth certificate was a 122-year-old woman from France who died in 1997. Elephants have lived to 70 in captivity but bowheads may be the oldest mammals that exist.

Why would a bowhead whale live so long? George speculated that the bowhead's tough environment — cold water without the abundant food available closer to the equator — forced it to evolve with great body mass, an effective system for fat storage and an efficient mechanism to keep warm. The stress of living in arctic waters may have led to the whale's pattern of slow growth and a longer life that gives the whales a better chance of reproducing.

"They just take longer to do what mammals do further south," Craig said.