This month, an Alaska scientist will switch on an artificial aurora 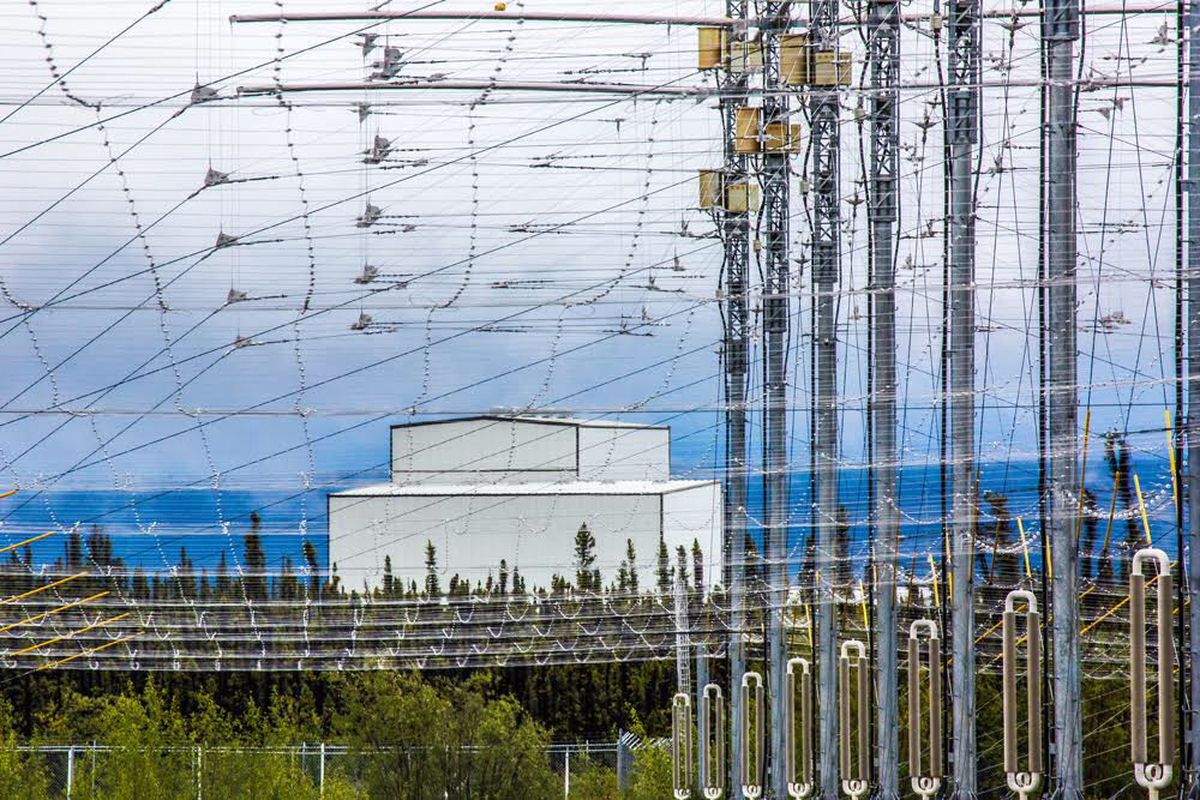 The antennae of the upper-atmosphere research station near Gakona owned by the University of Alaska. (Todd Paris / UAF)

The antennae of the upper-atmosphere research station near Gakona owned by the University of Alaska. (Todd Paris / UAF)

People travel north from all over for a chance to see the aurora borealis, or northern lights. Soon, Chris Fallen will make his own.

Sometime around the darkness of the Sept. 19 new moon, the space physicist will travel to an antenna field off the Copper River. There, he will pulse transmitters on and off to create radio-induced aurora, also known as airglow. The UAF researcher will use the facility to attempt to do from below what the sun does from above to create a display of aurora.

"Energetic electrons ionize and excite gases in the upper atmosphere," he said. "They release photons when they de-excite again. Here, we're doing the process from below with HF radio waves."

The High-frequency Active Auroral Research Program is a group of high-frequency radio transmitters powered by four diesel tugboat generators and one from a locomotive. Using an extensive field of antennae, the transmitters send a focused beam of radio-wave energy into the aurora zone. There, that energy can stimulate a speck of the electrical Sun-Earth connection about 100 miles above our heads.

UAF's Geophysical Institute, where Fallen works, took over operation of HAARP in 2015. In a repeat of an experiment he did in February, Fallen will create a temporary bright spot in the night sky that will be the size of a thumbnail at arm's length. He will examine this airglow from beneath and from an all-sky camera at Poker Flat Research Range north of Fairbanks.

Fallen will post on Twitter (@ctfallen) when he is tickling the ionosphere from below so people can look for it and perhaps take photographs of the faint phenomenon in the sky. He's never seen it, but a photographer once captured a red splotch of HAARP-induced airglow during a campaign. Because of the configuration of the human eye, airglow might be easier when looking just to the side.

"You almost have to use averted vision to see it," he said.

Fallen wants to answer a few questions with his research: What causes the brightest airglow and why does it happen? How do radio waves interact with plasmas in the upper atmosphere?

"Artificial airglow can teach us things about natural aurora," he said.

At the HAARP facility about 11 miles from the junction of the Glenn and Richardson highways north of Glennallen, Fallen will request that the operator of the antenna field turn on transmitters for about 90 seconds, then turn them off for a minute.

Fallen will have about two hours to complete his experiment. He'll repeat the procedure several times with energy aimed at the geomagnetic field line. This will result in artificial aurora about 150 miles above Glennallen. The farther an observer is from HAARP on the Tok Cutoff Road, the lower the airglow will appear on the horizon.

You can find out more about the project at a website Fallen created for it.