How many glaciers are in Alaska? There’s no easy answer 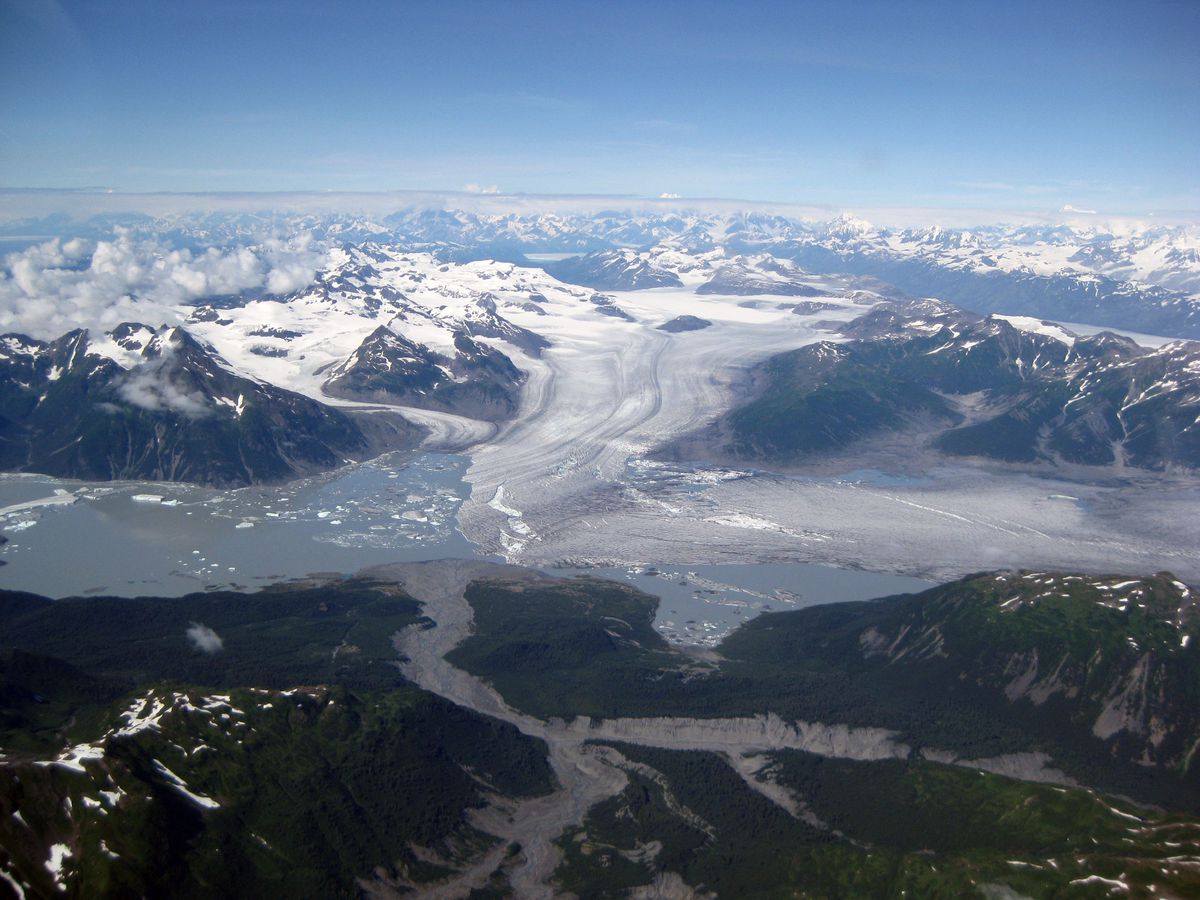 Not long ago, a glaciologist wrote that the number of glaciers in Alaska “is estimated at (greater than) 100,000.” That fuzzy number, maybe written in passive voice for a reason, might be correct. But it depends upon how you count.

Another glaciologist saw an example of the confusion when he visited Yakutat Glacier. Yakutat Glacier, near the Alaska town of the same name, is a withering glacier that calves into a deep lake of its own making. As it dies, Yakutat Glacier will increase the number of glaciers in Alaska. And it won’t be long, said Martin Truffer of the Geophysical Institute at the University of Alaska Fairbanks.

Truffer spent time at the glacier and noted it was melting so fast, it would soon become at least three smaller glaciers.

“You get into that paradoxical situation where a glacier is retreating and you get more glaciers,” Truffer said.

His colleague Regine Hock pointed out a similar situation when pondering a request from a magazine reporter on the number of Alaska glaciers.

“Because of climate warming, the number of glaciers in Germany has increased over the last decades by several hundred percent,” she wrote in an email. “There were less than a handful of glaciers in the 1990s; now there are more because these two have fallen apart into mini glaciers.”

A problem in counting Alaska’s glaciers arises in the variety of ways people have named them over the years.

“In Bagley Icefield, it’s really crazy,” Truffer said, referring to a mass of ice where the Southeast Panhandle meets the rest of Alaska. “There’s all these different names. Where you separate them, that’s a subjective choice.”

“(Mapmakers) tend to give different names to several branches of an ice mass, all of which, by our more scientific definition, form part of a single glacier,” said Anthony Arendt of the University of Washington, who earned his Ph.D. at the Geophysical Institute. “There are many cases where two glaciers flow from different accumulation areas and merge into a single ice mass at the terminus. The Agassiz and Malaspina glaciers are good examples of this.”

“What most people usually see is the very lowest part of a glacier, the glacier tongue coming down a valley,” Hock said. “So, this is one glacier. You drive around the next corner and see another glacier flowing down another valley. So you would think this is two glaciers. However, if you flew over the ice mass you would see that both glaciers are actually connected in a large ice field.

“The basic problem is that ice often is connected high up but then flows into individual valleys,” Hock said. “That's one reason why the number of glaciers is a pretty meaningless number and impossible to determine accurately; what counts is the total area.”

In a piece he wrote for the journal Science, Arendt estimated the total area of Alaska’s glaciers at about 34,000 square miles of ice. To put that figure in perspective, that much blue ice would roughly cover the entire state of Maine.