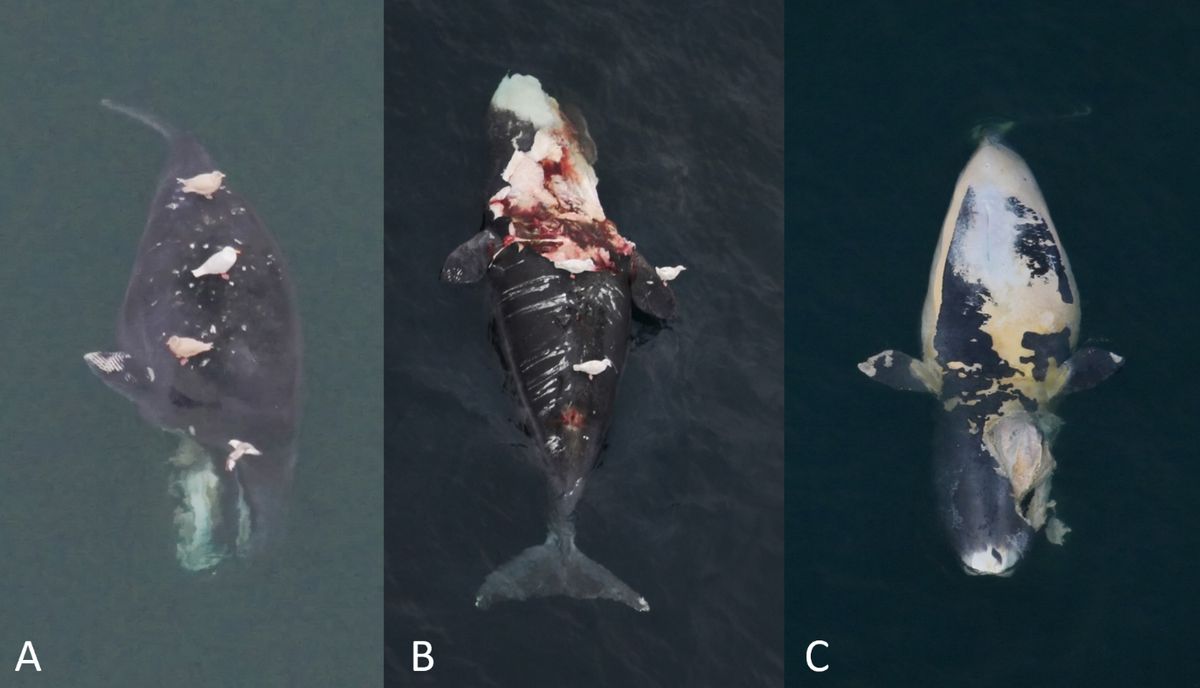 A dramatic loss in Arctic Ocean ice appears to be aiding the attacks, reducing the frozen cover that can provide bowhead whales with protection from killer whales, according to a statement from the National Oceanic and Atmospheric Administration on Monday.

“It’s kind of a big deal,” said Craig George, a retired senior biologist who worked for many years for the North Slope Borough Department of Wildlife Management in Utqiaġvik. “No need to panic, but it’s just another thing our bowheads have to contend with.”

Researchers previously thought bowhead whales in the U.S. Arctic experienced limited predation from killer whales, scientist Amy Willoughby with NOAA and the University of Washington, who led the research, said in a statement.

Alaska Native subsistence whalers have long observed the presence of killer whales off Alaska’s coasts, said Crawford Patkotak, a whaling captain from Utqiagvik, vice chairman of the Alaska Eskimo Whaling Commission and chairman of the board for Arctic Slope Regional Corporation.

But less Arctic sea ice means more opportunities for the killer whales, or “wolves of the sea,” to hunt bowhead whales, he said.

[A killer whale was headed toward a sea otter in Kachemak Bay. Then the otter hopped on a boat — and stayed there.]

The report, published online at Springer Nature on Thursday, is based on a 10-year aerial survey of bowhead whales off Alaska’s coasts through 2018. Eighteen of 33 bowhead whale carcasses suffered injuries indicating they were victims of killer whale attacks, according to a summary of the report.

But the bowhead whales migrate to the southern Bering Sea off Alaska’s coasts in winter, south of the Arctic, and it wasn’t known where the earlier attacks occurred.

For three decades before 2009, aerial surveys in the Arctic showed no evidence of killer whale attacks on live bowheads, the agency said. And survey scientists didn’t report spotting killer whales until 2012.

“We now have direct evidence of killer whales taking bowheads in U.S. Arctic waters over the last 10 years," George said.

[‘What choice do we have?’ As the Arctic warms, Alaska Inupiat adapt.]

Scientists in 2015 found proof of the attacks in the Arctic, when a bowhead calf showed killer whale “rake marks," semi-circular bite marks, on its flipper and conclusive injuries to its jaw and mouth, the agency said.

That is believed to be the first documented evidence of the attacks, Willoughby said.

“In the years that followed, we saw more bowhead whales with injuries consistent with killer whale predation," Willoughby said. "That made us wonder if there were earlier accounts of predation that had not been noted.”

Scientists decided to take a closer look at additional photos from past aerial surveys, which bolstered the finding that the attacks are occurring.

Photos of the bowhead carcasses show large areas of ripped-open flesh and mangled sections of thick pink blubber. The mouth and jaw were targeted on more than one occasion.

The killer whales attack in groups like wolves and also take the best parts of a whale, often just the tongue, while leaving most of the whale behind, Patkotak said. He once saw killer whales do that to a gray whale southwest of Utqiagvik, he said.

“The tongue, as we all know, is very tasty, so it’s one of the choicest parts of the whale,” he said.

The increased presence of killer whales could force bowheads to change their behavior, including pushing them farther offshore or disrupting feeding, the NOAA statement said. It also could have little effect.

Patkotak said the increased opportunities for killer whales to hunt bowheads is a concern that should be carefully monitored, with input from Alaska Natives.

The bowhead population has grown steadily under careful stewardship involving Alaska Natives and restrictions on subsistence hunters, he said. The issue will need to be closely studied before any changes are made, he said.

“We would really need to look at whether it’s really a threat or not, because they are a natural predator, and they probably only take so much,” Patkotak said.