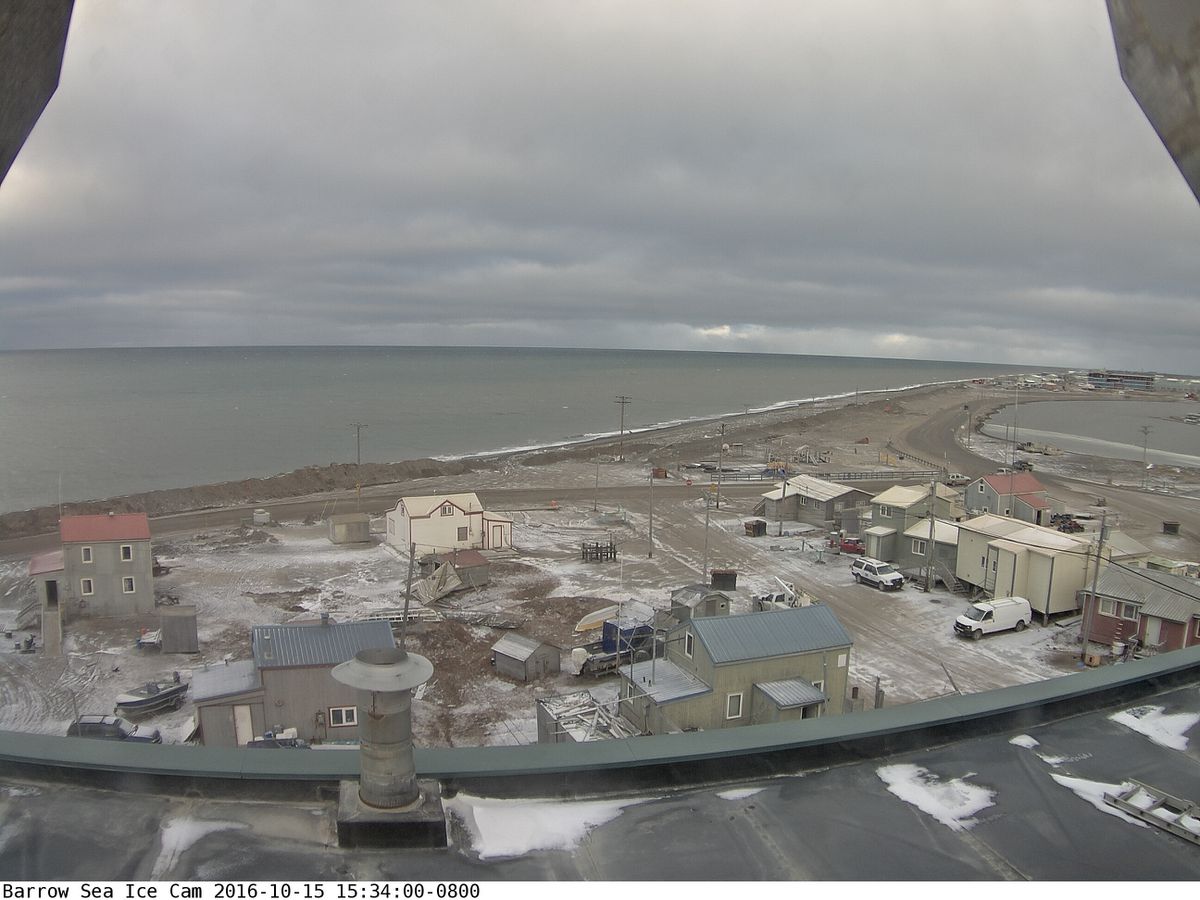 Five months after a record-early spring snowmelt, the nation's northernmost community has set a new record for late snow accumulation.

Though there were some tiny patches of snow on Saturday, the ground remained mostly bare.

The forecast called for slight chances of snow on Sunday and Monday, and the weather agency was planning to check after midnight Saturday to see if measurable snow had accumulated, Aycock said.

Barrow's weather and climate records go back to 1920.

The snowless period in Barrow has been particularly long this year. Snowmelt, as measured by the National Oceanic and Atmospheric Administration's Barrow Observatory, started on May 13 this year, 10 days earlier than the previous record.

The new no-snow record comes after a stretch of unusually warm temperatures in Barrow.

The first 10 days of this month were the warmest on record for Barrow in that early October period, with temperatures averaging 10.4 degrees above normal, the weather service said.