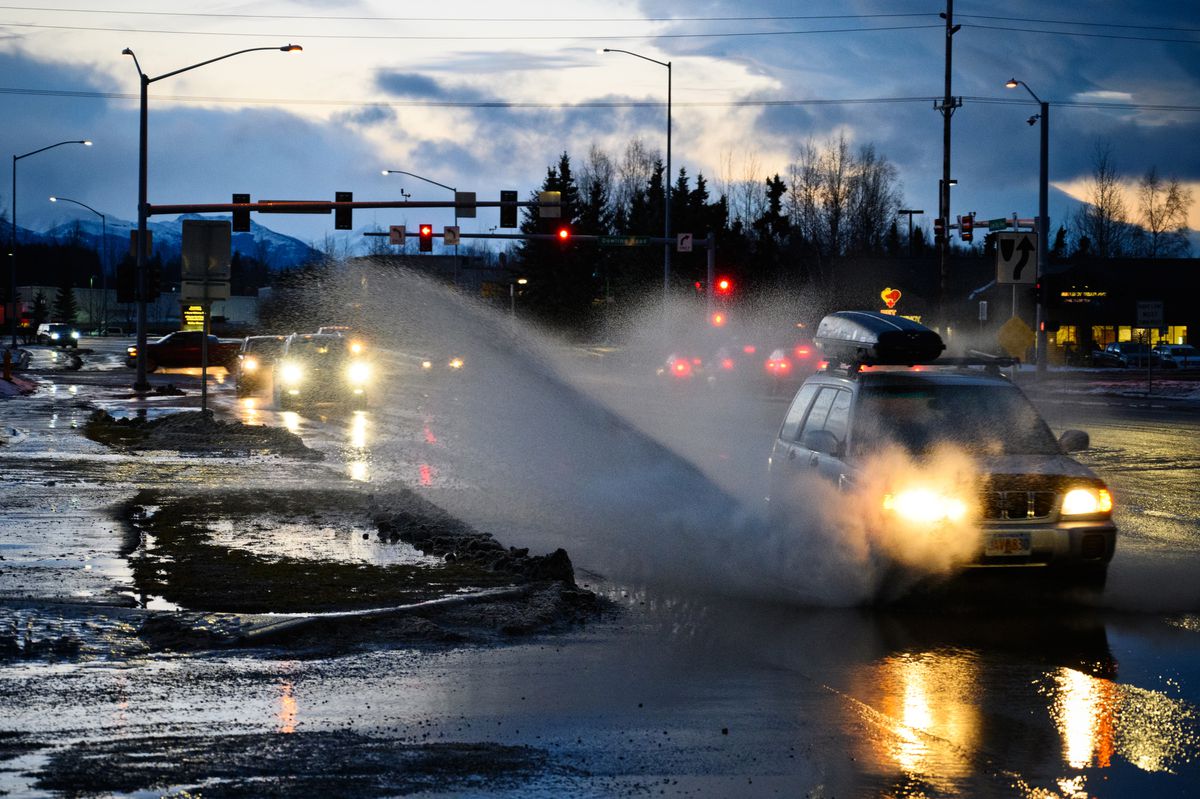 Anchorage saw record-breaking warmth Tuesday morning, but meteorologists say temperatures are expected to drop rapidly in the evening and bring in snow.

A light drizzle was falling early Tuesday, and Bartos said light rain was expected on and off through the afternoon.

More than 6,000 Chugach Electric customers were without power for about an hour early Tuesday, and the utility posted on Twitter that "high winds are likely to make this a busy day.”

Temperatures are expected to drop in the afternoon as warm winds die down and cold air pushes into Southcentral Alaska. Snow is expected to start falling late Tuesday, and Bartos said Anchorage could see 4 to 8 inches by Wednesday morning.

“When people wake up from their New Year’s celebrations tomorrow, temperatures are going to be in the teens," he said.

The record for snowfall on New Year’s Day is 4.6 inches, and Bartos said if snow falls as planned, Wednesday could also be another record-breaking weather day in Anchorage.

Heavy snow is expected to start Tuesday afternoon on the Kenai Peninsula and move northward into Anchorage and the Matanuska Valley by late Tuesday. A blizzard warning was issued for Tuesday afternoon across the Western Kenai Peninsula, including Kenai, Soldotna, Homer and Cooper Landing. Southwest winds about 40 mph were expected to mix with the falling snow and cause reduced visibility and dangerous road conditions. The area is expected to see 7 to 9 inches of snow.

The weather service issued a special weather statement and said snow could create dangerous driving conditions Wednesday morning as the cold moves into the Susitna Valley and Copper Basin.