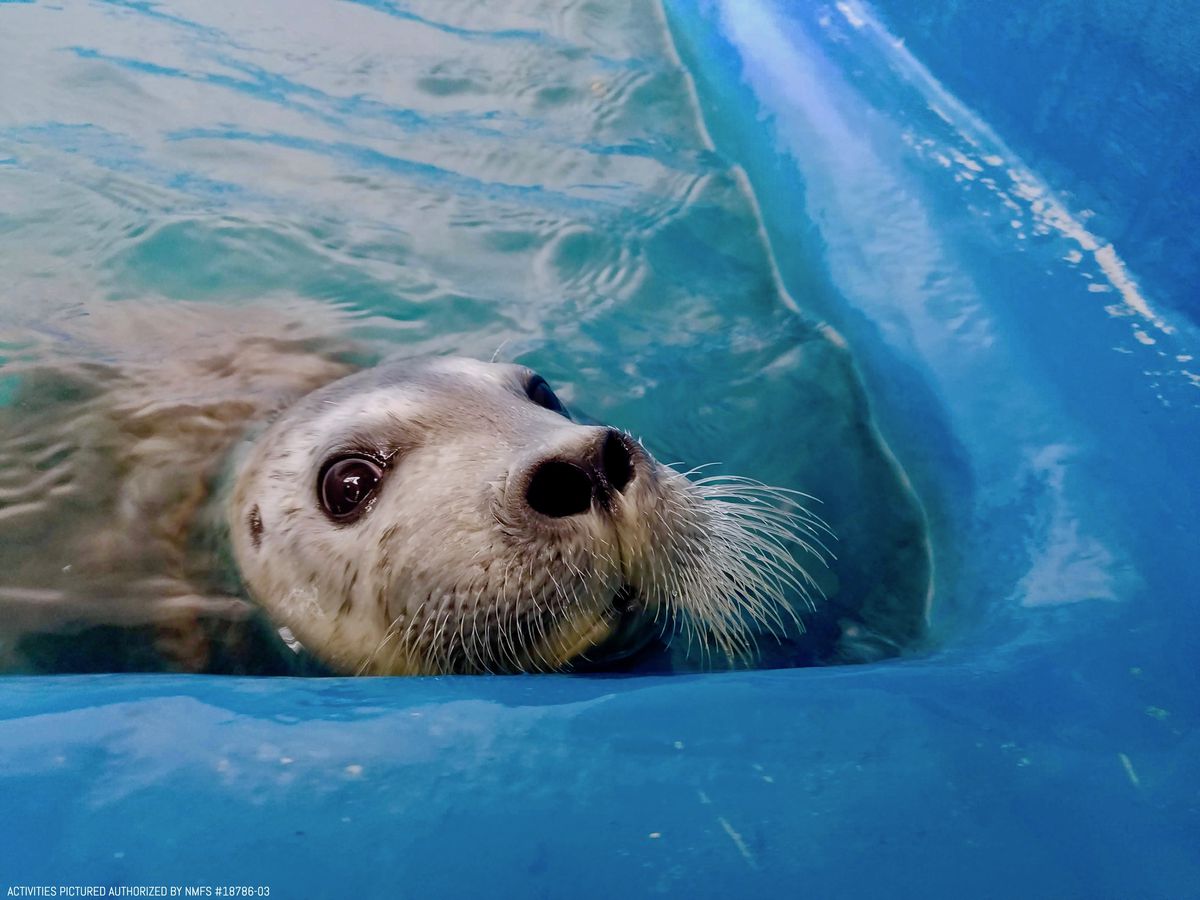 When Shaktoolik residents saw a bearded seal pup stranded on a shore in the Western Alaska community last month, the animal was extremely underweight.

People in the village decided to call the Alaska SeaLife Center in Seward to help the female pup after children there got attached to the animal, the center said Thursday in an announcement about the seal’s arrival.

The pup was estimated at just a week old when the marine mammal rehabilitation center admitted it on April 13. Staff used a special formula — with elements from walrus, harbor seal and fish gruel formulas — to get its weight up. The pup’s eating whole fish now.

“She definitely is looking more round, but there’s a lot of work to do,” said Chloe Rossman, communications coordinator at the nonprofit. Bearded seal pups gain three times their weight within a few weeks of birth when they are in the wild, according to the center.

It’s rare for the SeaLife Center to admit a bearded seal, which is a type of ice seal and also a threatened species in Alaska. The last time the center responded to a bearded seal in distress was in 2002.

“They’re just not around here,” Rossman said. “Because they are ice-dependent, we’re not going to see them as much as we’d see, like, a harbor seal. They’re usually way farther north.”

The center more typically admits harbor seals and otters from the Kenai and Homer areas. More people living in those communities than in remote villages means more eyes to spot animals in distress.

Now that the seal has been treated with antibiotics and vitamins, it can’t be released back into the water. Because it’s a species that is hunted for subsistence in northern Alaska villages, releasing it could end up tampering with someone’s food supply, Rossman said.

“Once we start treating the animal, it can’t be released out of consideration for subsistence hunters," she said. The pup will stay at the center in Seward until it is healthy and can be transported to another long-term facility, she said. The National Oceanic and Atmospheric Administration will regulate where it goes.

There are many reasons a seal pup might be stranded, and it’s not uncommon for the SeaLife Center to never find out what exactly happened, Rossman said. Sometimes a mother might abandon its pup, or sometimes predators in the area might cause the two to split up.

The pup doesn’t have a name yet. Usually the center waits until animals are out of quarantine to name them.