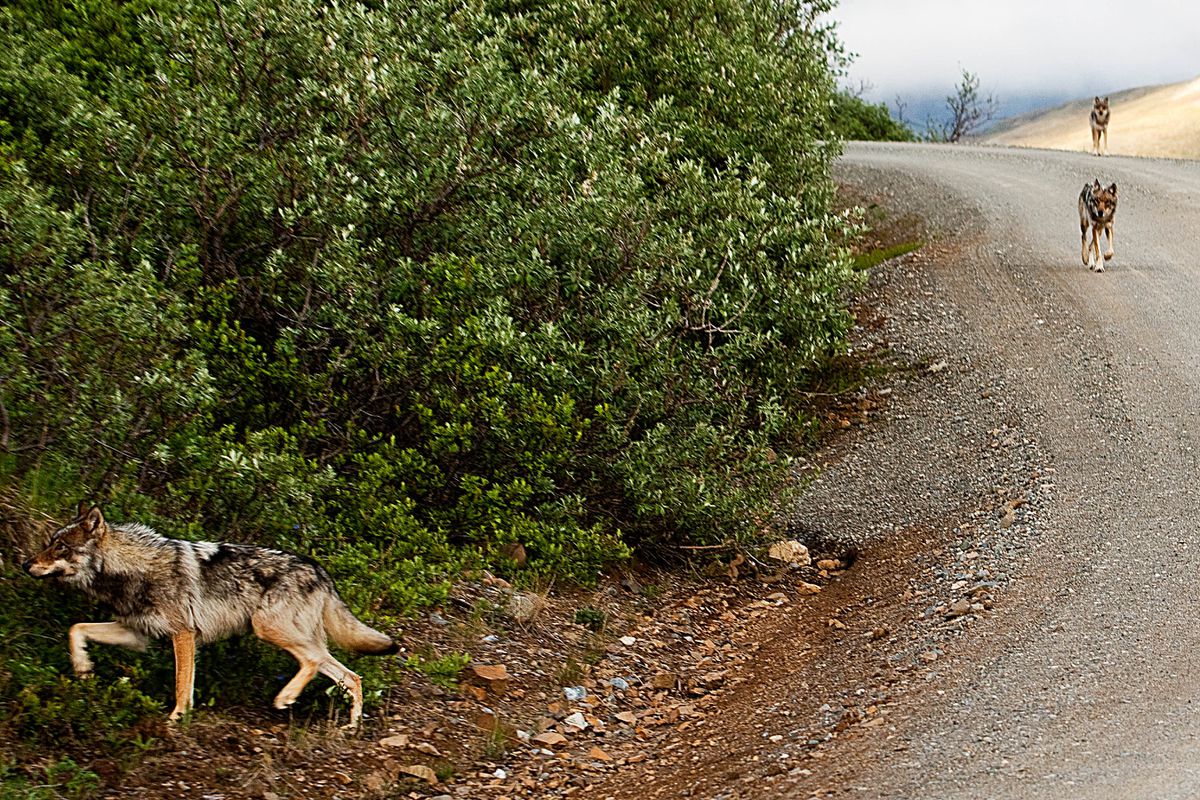 Alaska’s top wildlife official this week rejected an emergency request from wolf advocates to shut down hunting and trapping on state lands next to Denali National Park and Preserve.

Fish and Game Commissioner Doug Vincent-Lang on Tuesday denied the July 25 petition to the Alaska Department of Fish and Game and the Alaska Board of Game signed by more than 60 residents.

Backers of a wolf ban for years have argued that legal wolf kills in the Stampede Corridor east of the park have disrupted packs that roam or den near the 92-mile park road traveled by hundreds of thousands of visitors seeking a glimpse of a wild wolf.

Wolf sightings have become increasingly rare since a buffer was lifted in 2010, they say. The petition was prompted by a park bus driver’s unofficial survey and lack of personal wolf sightings this year.

[Looking to see a wolf at Denali? A grassroots bus-driver survey puts the odds at ‘not-quite nonexistent’]

Biologists in the park say wolf populations are stable, but the packs that provide wolf viewing are down due to a combination of natural factors, kills by other wolves, and hunting and trapping next to the park. The National Park Service estimated this spring there were 70 wolves in 10 packs within the park, within normal range.

The emergency petition sought either an emergency order or emergency meeting of the Board of Game to close a wolf hunt that opened last weekend.

Vincent-Lang, in his response, said Fish and Game has determined “there is no biological threat to the wolf population at this time” and emergency action is unwarranted.

Wolf numbers in the area are meeting a state goal of 11 wolves per 1,000 square miles in the fall, he wrote. “Annual wolf harvest in the proposed closed area is low and does not compromise our wolf population goal."

Vincent-Lang also states that wolf numbers correlate with localized numbers of moose and caribou that the wolves feed on. He criticizes the contention that hunting and trapping are responsible for the decline in wolf viewing in the park.

A park service graph on wolf sightings shows that 45% of trips in the park resulted in a glimpse of a wolf, Vincent-Lang says. That number is often viewed as a benchmark, but averaging the numbers for 1997 through last year yields an average “sightability” of just 15%.

Conservation biologist Rick Steiner, who’s led numerous buffer requests, said in a response to Vincent-Lang’s decision that the state’s contention that killing wolves outside the park doesn’t reduce viewing inside the park is “simply incorrect.” He says hunting and trapping along the park boundary has led to the decline or disintegration of the Grant Creek, East Fork and Riley Creek packs in recent years.

“(T)he State of Alaska is trying to suggest that killing wolves along the boundary of Denali National Park does not affect their dynamics or visitor viewing success in the park,” Steiner wrote in an email. “This is simply wrong, and they know it.”

The Board of Game is scheduled to consider two proposals on wolf hunting and trapping at its March 2020 meeting. The board has rejected several previous bids to close the Stampede Corridor area.

Vincent-Lang on Wednesday responded to Steiner’s concerns by email, saying his letter said the state couldn’t find an emergency but didn’t set policy on whether a buffer should be established. The buffer question is “an allocation issue” and needs to be addressed by the board, he said.