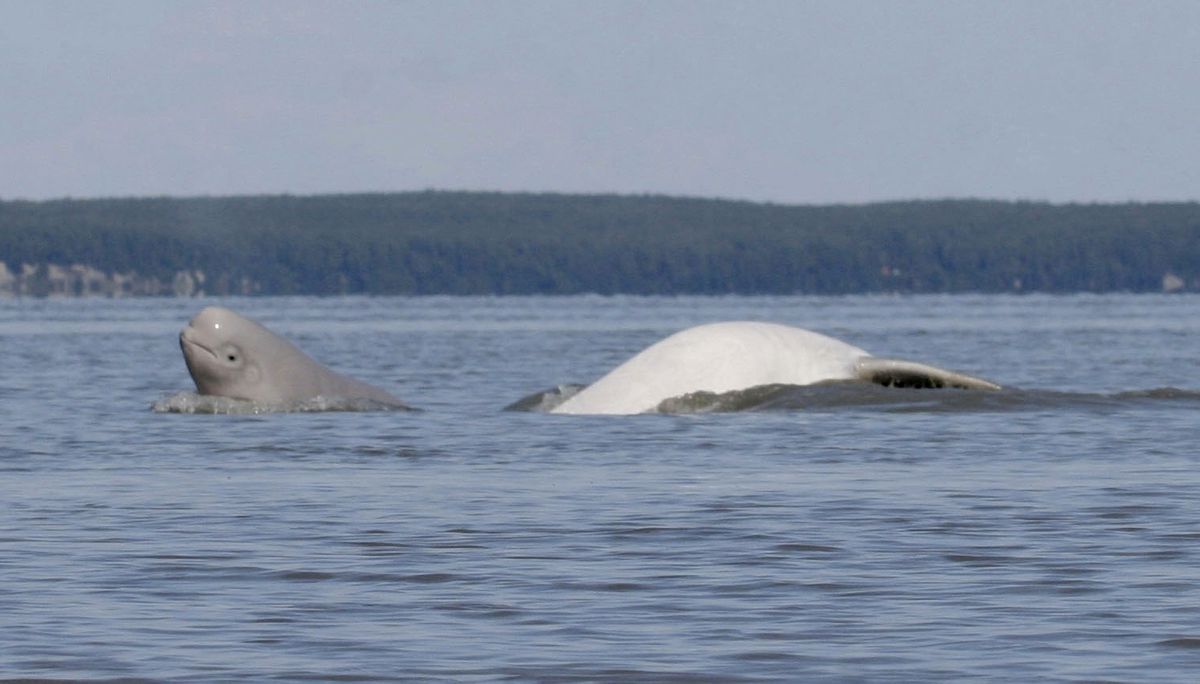 A Cook Inlet beluga whale calf, left, and an adult breach near Anchorage.(Christopher Garner/Department of Defense via AP, File)

A Cook Inlet beluga whale calf, left, and an adult breach near Anchorage.(Christopher Garner/Department of Defense via AP, File)

A biennial survey conducted by the fisheries arm of the National Oceanic and Atmospheric Administration estimated the population of the white whales at 250 to 317, with a median estimate of 279.

"The population is estimated to be smaller and declining more quickly than previously thought," NOAA Fisheries said in the announcement.

The survey is based on data collected by aerial surveys in summer 2018.

The population estimate three years ago was about 340 whales.

Cook Inlet belugas are one of five beluga populations in U.S. waters. NOAA Fisheries three years ago said the the carrying capacity for the area was 1,300 animals.

Belugas feed on salmon, smaller fish, crab, shrimp, squid and clams and in late summer can be spotted from highways leading from Anchorage, chasing salmon schooled at stream mouths. The whales turn white as adults and can reach 15 feet long.

The Cook Inlet beluga population dwindled steadily through the 1980s and early '90s. The decline accelerated between 1994 and 1998 when Alaska Natives harvested nearly half the remaining 650 whales in only four years.

NOAA Fisheries officials in 2017 acknowledged that they did not know why the population has not recovered.

Among the identified potential threats to belugas are catastrophic events, such as natural disasters or oil spills; cumulative effects of multiple stressors; and noise. Disease agents, such as blooms of harmful algae, loss of habitat, a reduction in prey and unauthorized killing also are threats.