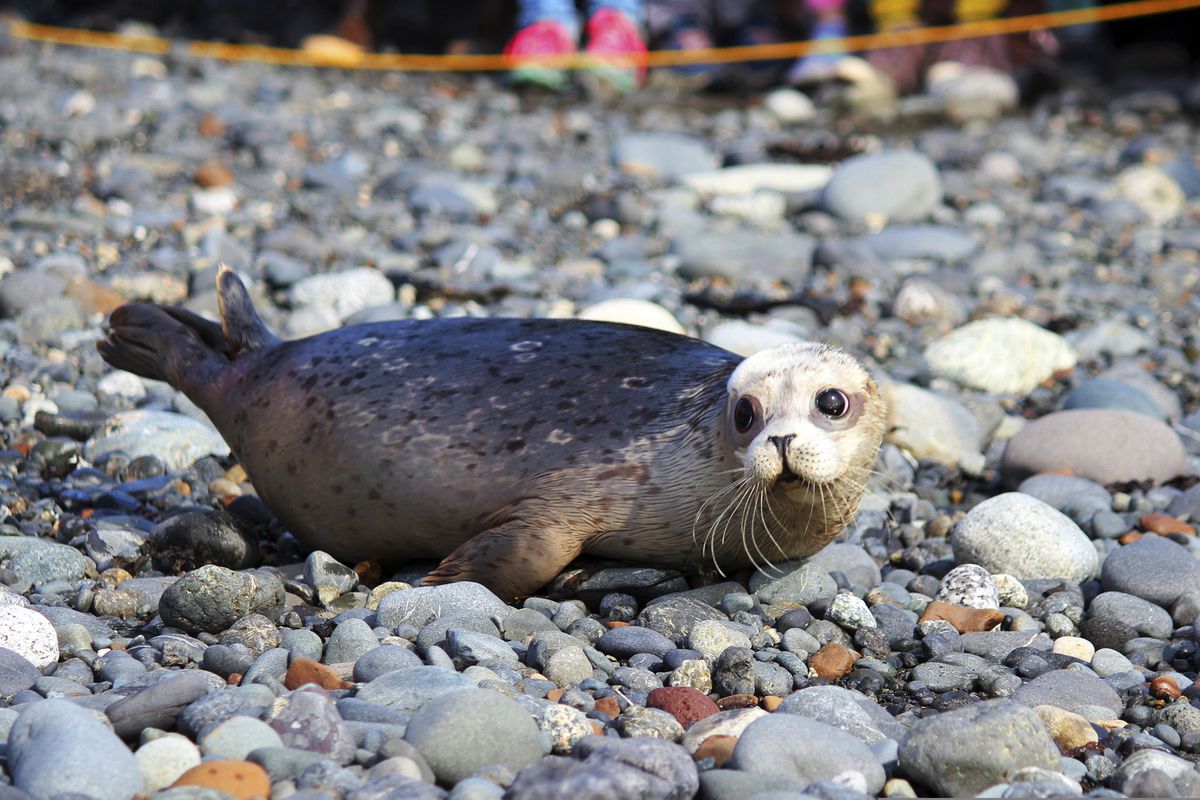 Alaska Sealife Center volunteers release a harbor seal back into the wild in Kachemak Bay at Bishop's Beach in Homer in 2019. (Megan Pacer/Homer News via AP/ File)

Alaska Sealife Center volunteers release a harbor seal back into the wild in Kachemak Bay at Bishop's Beach in Homer in 2019. (Megan Pacer/Homer News via AP/ File)

KENAI — The Alaska SeaLife Center has increased its occupancy by six after a group of newly rescued harbor seal pups arrived at the facility this month.

The center in Seward began housing four female seals and one male found in the Cook Inlet area and another male pup that was rescued in Juneau, The Peninsula Clarion reported Wednesday.

All arrived malnourished and dehydrated but without significant injuries, the center said in a statement.

Wildlife Response Program Curator Jane Belovarac said the pups range in age from two weeks to one month and are all in similar stages of recovery.

None of the pups have been named, which Belovarac said normally occurs after the animals regain more strength.

Belovarac said six rescue animals is not unprecedented for the SeaLife Center, which has had as many as 16 rescues in a year.

Beyond the new rescue pups, center staff are currently caring for Zippy, an adult sea otter being treated for a bone infection after he was found in Seward with a zip tie around his wrist.

The center is not using summer interns or volunteers because of precautions stemming from the coronavirus, but the staff working with the pups has been bolstered with members of other departments.

Curators are treating the pups to increase their weight, boost their immune systems and teach them to fish. They will eventually be released back into the wild in the areas where they were found.