Scientists have unlocked 1 secret to Arctic ground squirrels’ deep-freeze - and that could be a big deal for humans. 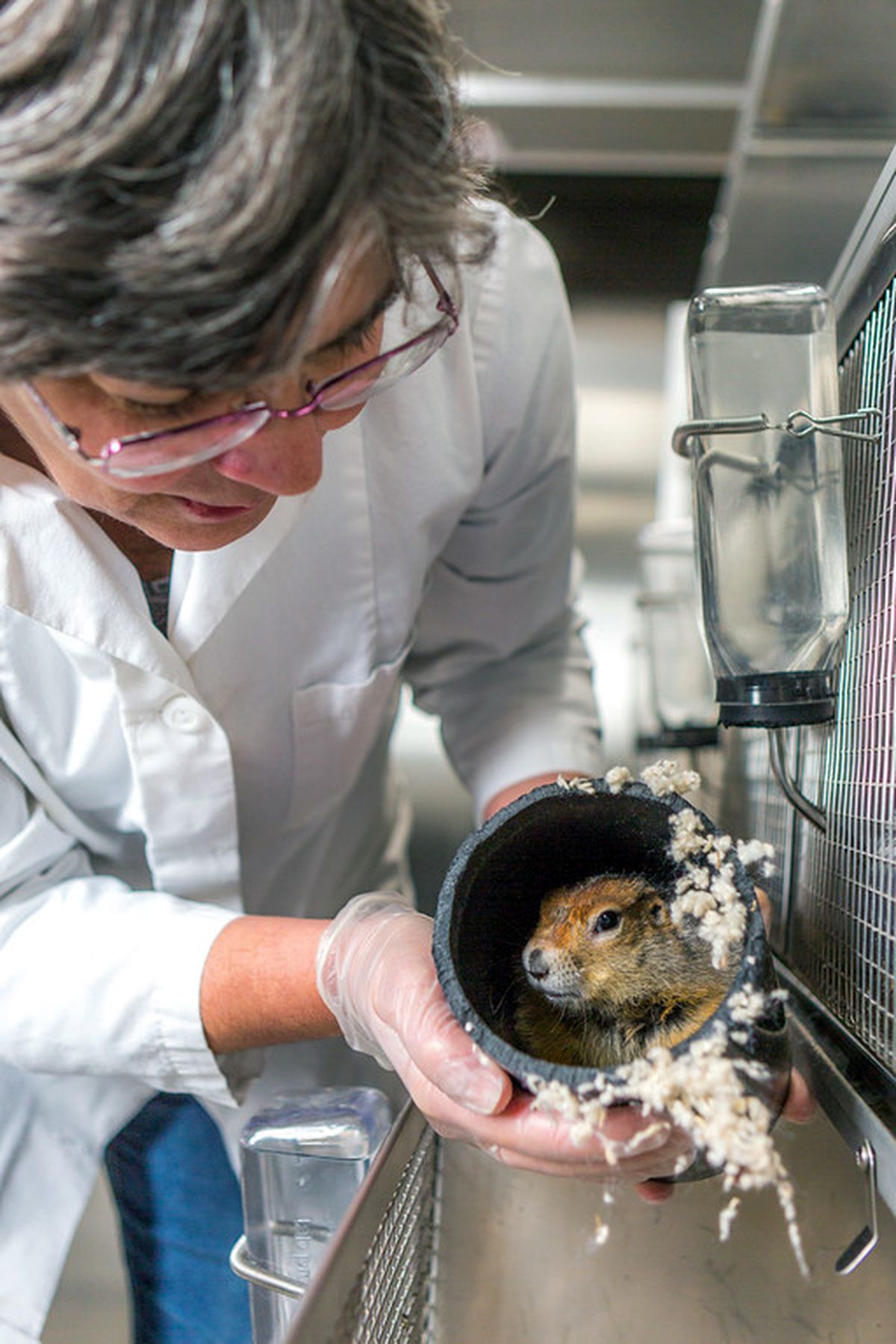 For up to nine months of the year, arctic ground squirrels are moribund.

Their hearts beat only about three times a minute. Their body temperatures falls below freezing. They breathe, but only barely. Their metabolism practically stops. Every three weeks, for periods of about 15 hours, their bodily functions rouse a bit, but only to the level of sleeping, and then they fall back into their torpor. The cycle continues until late spring, when the squirrels emerge from hibernation and get busy on their summer mission of reproduction.

Now scientists have unlocked one secret to the squirrels' hibernation success, a metabolic process that may lead to big benefits for human heart and stroke patients.

A new study by researchers from Duke University and the University of Alaska Fairbanks and published in Anesthesiology, the journal of the American Society of Anesthesiologists, identifies an enzyme that allows squirrels' bodies to switch from burning carbohydrates to burning fat.

"This was a breakthrough," said co-author Brian Barnes, a UAF zoologist who specializes in the study of hibernating animals.

The enzyme, called Sirtuin 3, is part of a family of proteins that help regulate metabolism, fight stress and ward off the impacts of aging. It is loosely related to the compound that gives red wine its heart-health benefits.

Sirtuin 3 "in itself seems to be very protective," Barnes said.

A critical point for hibernating arctic ground squirrels — and for heart-attack victims, heart-surgery patients, stroke victims and victims of hypothermia — is when the flow of blood resumes after the heart has stopped or nearly stopped. That process, known as reperfusion, can bring about serious tissue damage in humans. But for arctic ground squirrels, which shiver and rewarm their bodies periodically during hibernation, reperfusion is no problem.

In the experimental surgeries, the animals' hearts stopped pumping for 45 minutes and they essentially died, Barnes said.

"And yet when we turned the pump back on, the arctic ground squirrels came right back to life," without tissue damage, he said. Some of the rats were revived as well, but their bodies were damaged, he said.

Why a switch to fat-burning would protect squirrels' bodies is yet to be determined. One hypothesis concerns the byproduct of inefficient glucose metabolism, Barnes said. When sugar is burned in a cell in the absence of sufficient oxygen, lactic acid is produced, he said. When fat is burned instead, there is less energy produced but no lactic acid, he said.

The next step in the research process, Barnes said, will be to try to figure out how to turn on that metabolic switch. Eventually, he said, there might be human trials with open-heart surgery patients.

The published study is the result of a Duke-UAF collaboration that started in 2009, when Barnes and anesthesiologist Mihai Podgoreanu, chief of Duke's Division of Cardiothoracic Anesthesiology, teamed up to start investigating how arctic ground squirrels manage to survive what would be, for humans, a series of repeated heart attacks.

Their discovery of the metabolic switch, and Sirtuin 3's role in it, was hailed in an editorial in the journal that published the study. It is a "tour de force-omic" study and demonstrates "a new and interesting approach to identifying targets for myocardial protection," said the Anesthesiology editorial.

The wine link? Sirtuin 3 is related to Sirtuin 1, an enzyme activated by a compound called resveratrol that is found in grape skins — and credited with the health benefits of red wine.

Arctic ground squirrels, found in most of Alaska and through much of northern Canada, are known for their extreme hibernation habits.

"They're famous for adopting the lowest body temperature of any mammal on earth," Barnes said.

In the fall, they curl into balls, wrap their tails around their bodies and essentially shut down. At the Toolik Field Station on the North Slope, where Barnes and his colleagues study the animals in their natural habitat, they start hibernating in late August and rouse in early May.

"If you put one in your hand, it's cold. You can't see them breathe," Barnes said. "They are in a state of near-suspended animation. It's what gets them through the winter."

Arctic ground squirrels are not the only world-class hibernators in Alaska.

Wood frogs hibernate up to seven months of the year, Barnes and his colleagues have found. Like arctic ground squirrels, cold-blooded wood frogs use a metabolic process to survive autumn freeze-thaw cycles. A study by Barnes and others identified a buildup of glucose as the process that protects the frogs' cells from freeze.

Barnes said he is currently working on research into black bears' hibernation process.