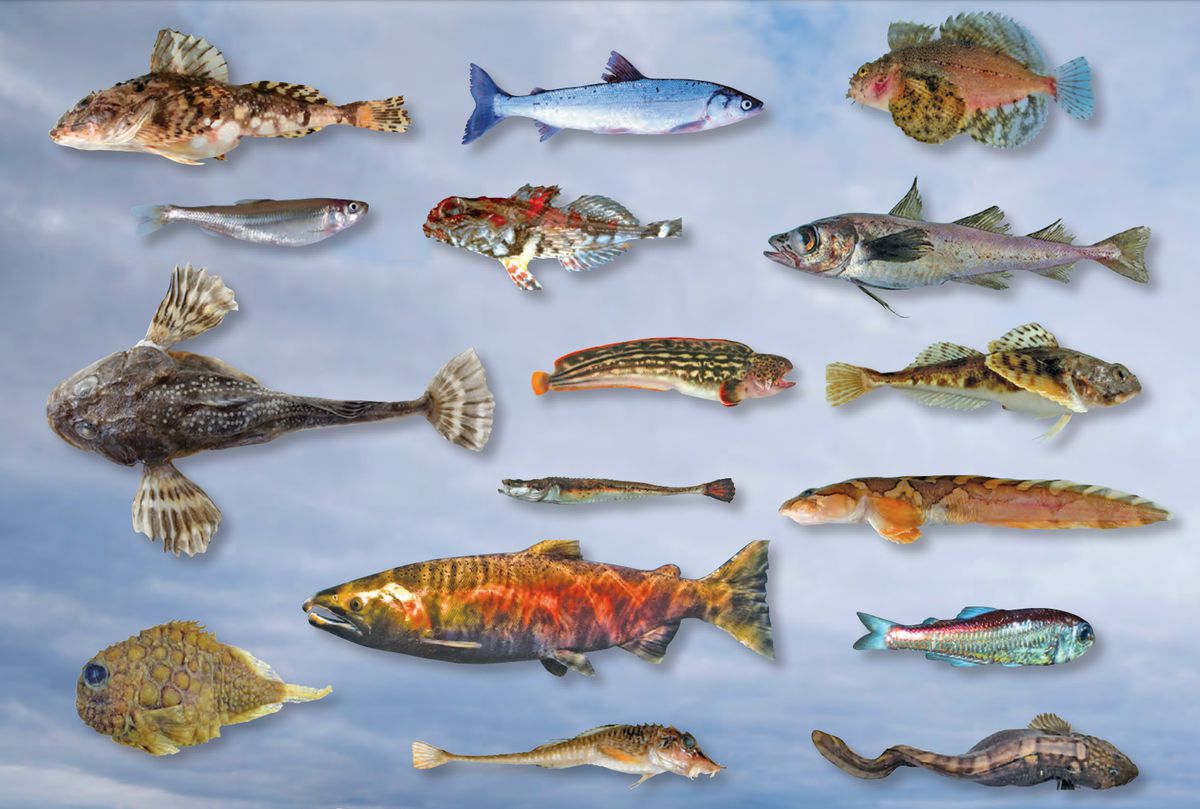 Pacific cod, walleye pollock and some types of salmon have been found in more areas of U.S. Arctic waters and sleeper sharks are now established there, according to a new report released by the U.S. Geological Survey and U.S. Bureau of Ocean Energy Management.

Though salmon, Pacific cod and pollock are important to Alaska commercial fishermen, most fishing in Alaska's Arctic marine waters is for subsistence purposes, according to the state Department of Fish and Game. State waters support some relatively small commercial harvests but there is no commercial fishing in U.S. Arctic waters. The North Pacific Fishery Management Council in 2009 approved a management plan that bars Arctic commercial harvests for the foreseeable future. Despite its name, the North Pacific council has authority in the Arctic Ocean.

The report synthesizes findings of more than a decade's worth of fish surveys in U.S. marine waters north of the Bering Strait, where climate warming has been pronounced and where summer and fall ice has dwindled. The report was requested by BOEM to help that agency plan for future offshore oil development; BOEM and USGS both funded the work.

"These are important baselines for the future," said USGS scientist Lyman Thorsteinson, who co-authored the new report.

The previous comprehensive catalog of U.S. Arctic marine fish was in a 2002 publication also co-authored by Thorsteinson, "Fishes of Alaska."

Chukchi and Beaufort fish are not nearly as diverse and plentiful as those in the rich Bering Sea, where more than 400 species are found, Thorsteinson said. Still, signs indicate that some types of fish are swimming to more northern waters.

"You have so many fish down in the Bering Sea and they're starting to poke their nose (north) a little bit," he said.

Is it because of climate change?

"You can't say for sure, but we're starting to see some fish that hadn't been reported in the past," he said.

Most Chukchi and Beaufort fish species are on the very low end of the food chain, dwelling deep and in low densities. But now higher-level fish like sharks and salmon are showing up in more places, he said. The presence of those fish-eating fish is "certainly an interesting change," he said.

Pacific sleeper sharks north of the Bering Strait are particularly interesting, he said.

"The fact that they're beginning to show up is significant," he said.

The first definitive record of a Pacific sleeper shark in the Chukchi was in 1998, when a dead one was found at Point Hope. At the time, the theory was that the carcass had somehow drifted north from the Bering Sea, Thorsteinson said.

"Most believed that the carcass was so decomposed that it died and was carried north by the currents to the beach," he said.

But work with Russian and Norwegian scientists led to the conclusion that it was probably a more local specimen, he said. Now it is understood that Pacific sleeper sharks live in the U.S. Arctic, though they are still "relatively uncommon" there, he said.

Pacific sleeper sharks are the largest of the sharks that dwell in the Gulf of Alaska and Bering Sea, and they can grow to more than 20 feet long, according to federal scientists. Signs are emerging of sleeper sharks preying on juvenile Steller sea lions in Western Alaska, hindering recovery of that endangered population. Knowledge about Alaska's Pacific sleeper sharks and their role in the marine ecosystem is incomplete, however, scientists say.

Salmon have been found in Arctic waters, even as far north as Point Barrow, but so far there is no sign of juveniles growing there, Thorsteinson said.

"What we're not seeing is successful colonization of rivers up there," he said.

For now, Arctic cod remains dominant in the Beaufort and Chukchi, the most plentiful species there and an important, high-fat food source for birds and marine mammals.

Arctic cod are dependent on sea ice — they feed and grow beneath the surface ice, Thorsteinson said.  But as conditions change, a different and faster-growing cod species — saffron cod — is expected to expand north and crowd out Arctic cod, he said.

Saffron cod are already found in some Arctic waters but are much more plentiful in the Gulf of Alaska. Research by the National Oceanic and Atmospheric Administration suggests that increasingly ice-free and warmer Arctic waters will become more hospitable to saffron cod — and less hospitable to Arctic cod.

"The fact that so much ice, especially the multiyear ice, has left the region, that's going to raise questions about what does that mean for Arctic cod," Thorsteinson said.

Across the entire Arctic, waters are believed to hold about 240 species of marine fish, according to NOAA.