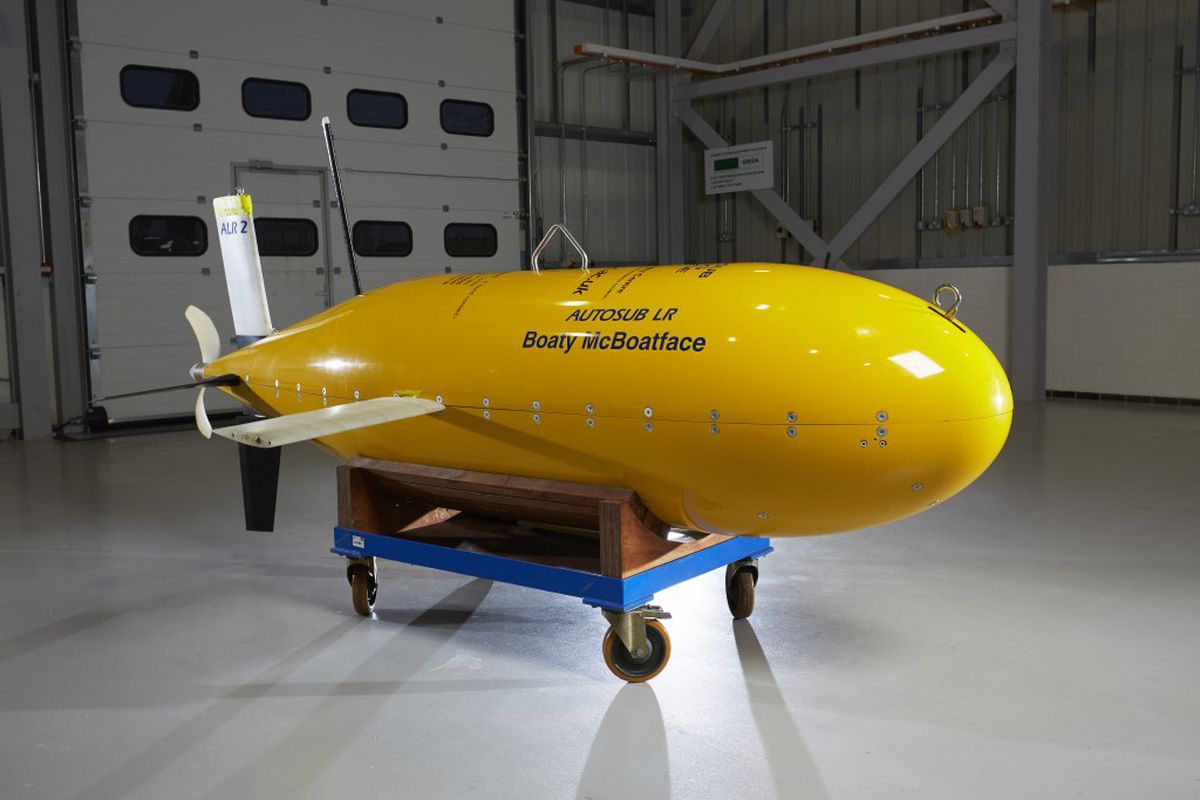 Boaty McBoatface, a remotely operated submarine bearing a name that began as a joke, will begin its first mission this week in Antarctica. (National Oceanography Center via The New York Times)

Boaty McBoatface, a remotely operated submarine bearing a name that began as a joke, will begin its first mission this week in Antarctica. (National Oceanography Center via The New York Times)

LONDON — Boaty McBoatface is back, but this time it's serious.

The high-tech remote-operated yellow submarine, bearing a name that began as a joke, will begin its first mission this week through a deep current that starts in Antarctica and goes through the Southern Ocean.

Boaty will navigate through underwater waterfalls and rapids on a two-month mission, collecting data to help scientists understand how global warming affects oceans. It will depart on Friday aboard the James Clark Ross, a British polar research ship, from Punta Arenas, Chile, and will head to the Southern Ocean.

The scientists involved can only hope that Boaty McBoatface will find something that draws as much attention to climate change as the odd story of how the vessel got its name.

That story started a year ago, when the Natural Environment Research Council, a British government agency, opened a public campaign to name a ship to replace the James Clark Ross.

That plan backfired in spectacular fashion, with voters overwhelmingly supporting a name that failed to capture the grandeur that officials were probably looking for: Boaty McBoatface.

To the dismay of many, the Science Ministry ignored the results of the poll and announced that the ship would be named after naturalist David Attenborough.

In an attempt to soothe hurt feelings, British officials acknowledged the Boaty McBoatface phenomenon by bestowing the name on a remotely operated submarine that would accompany the David Attenborough in collecting data and samples.

Enthusiasm for Boaty McBoatface continued to run high on Monday, even though, as one Twitter user noted, it's not a boat, and it doesn't have a face.

The robot submarine's missions can last for several months and include traveling thousands of miles under ice while reaching depths of about 3 1/2 miles to measure seabed properties on an oceanic scale. It can then rise to the surface to transmit data to oceanographers via a radio link.

The British National Oceanography Center says it hopes Boaty will be able to make the first under-ice crossing of the Arctic Ocean.

Construction on the David Attenborough, a project expected to cost 200 million pounds, or about $240 million, continues at a shipyard in Liverpool, in northern England. The vessel is expected to become operational in 2019.