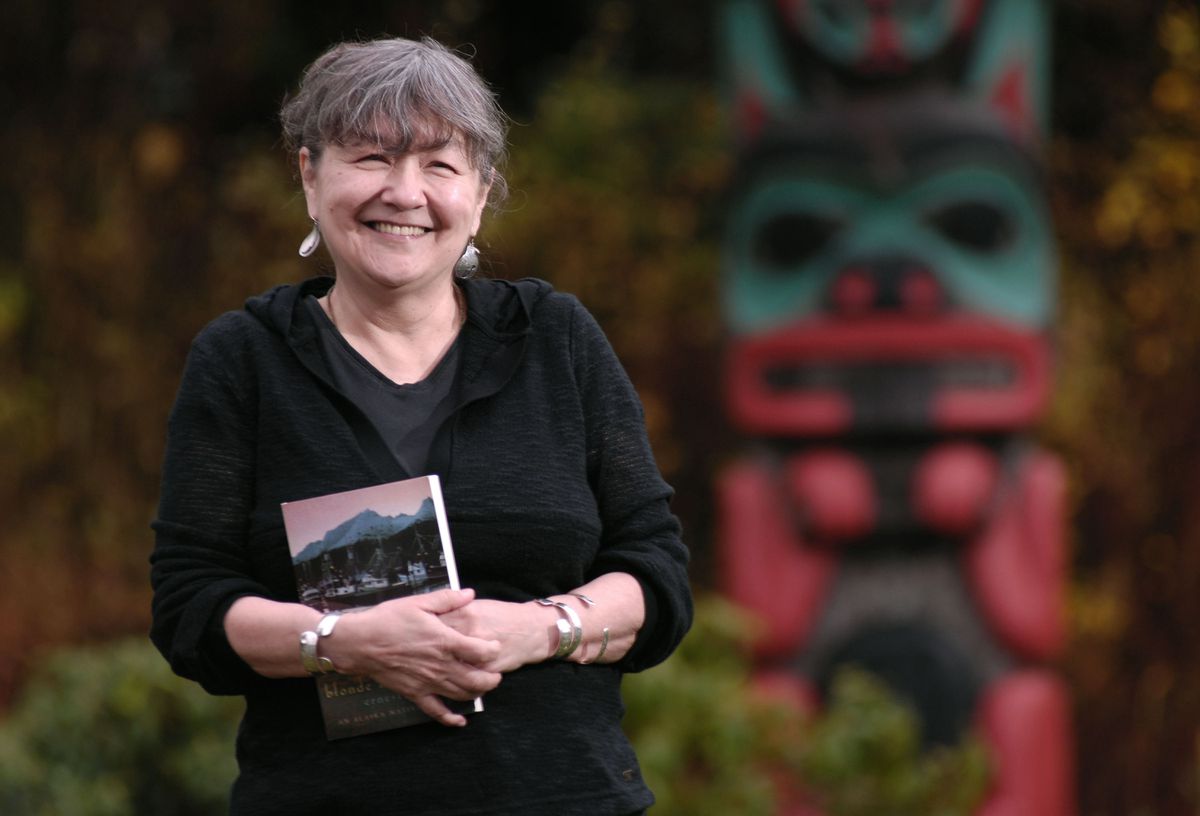 Ernestine Hayes was photographed in 2006 at the University of Alaska Southeast with her book “Blonde Indian, an Alaska Native Memoir,” about growing up in Southeast Alaska. (Photo by Michael Penn)

Ernestine Hayes was photographed in 2006 at the University of Alaska Southeast with her book “Blonde Indian, an Alaska Native Memoir,” about growing up in Southeast Alaska. (Photo by Michael Penn)

Ernestine Hayes of Juneau has been selected as the next Alaska State Writer Laureate. She will be introduced at the Governor's Awards for the Arts and Humanities presentations on Jan. 26 and will serve through 2018.

Hayes, who was born into the Kaagwaantaan clan in Juneau in 1945, is best known as the author of "Blonde Indian, an Alaska Native Memoir," published in 2006. The book recounted how she left Alaska at age 15, lived in California and returned to her Tlingit home 25 years later. Among other honors, it received an American Book Award and was a finalist for the PEN Non-fiction Award in 2007.

She recently completed a follow-up book, "The Tao of Raven, an Alaska Native Memoir," to be released this fall by the University of Washington Press. In it, she recounts how she completed college in her 50s and has gone on to become a professional writer and university professor. The book also considers prejudice faced by Alaska Natives.

In addition to her memoirs, Hayes has published poetry, children's books, creative nonfiction, short stories and essays. Her work has appeared in Studies in American Indian Literature, Tipton Poetry Review, Alaska Quarterly Review, Cambridge History of Western American Literature and other publications. She is a member of the board of the Alaska Humanities Forum, which sponsors and manages the writer laureate program along with the Alaska State Council on the Arts.

Andrea Noble-Pelant, the executive director of the arts council, said nominations from the public were reviewed by a committee consisting of former state laureates, literary administrators and agency partners. This is the first year that the Alaska Humanities Forum has participated in the process, she said, and one of its staff members was on the committee.

"When Ernestine's name came up, the forum's representative recused herself," she said.

The rest of the committee settled on Hayes, who had been nominated for the post in previous years, based on her resume, Noble-Pelant said: "Ernestine's experience as a writer and as a committed literary advocate tops everything."

Hayes succeeds Fairbanks writer Frank Soos, who was named to the post of Alaska State Writer Laureate in 2014.