'The Snow Child' musical will premiere next spring in Washington, DC 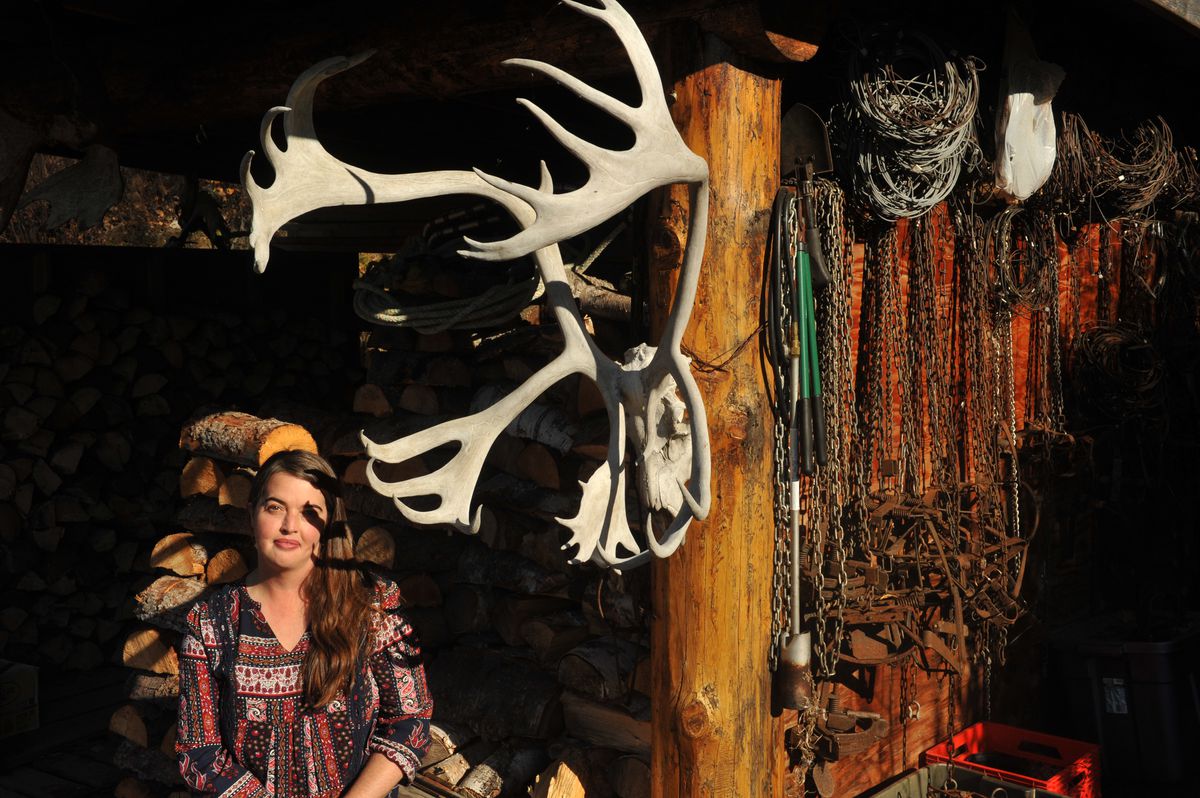 Author Eowyn Ivey’s first novel, “The Snow Child,” was a finalist for the Pulitzer Prize. It’s now being made into a stage musical. Ivey makes her home in Chickaloon, Alaska, on Thursday, September 29, 2016. (Bob Hallinen / Alaska Dispatch News)

Author Eowyn Ivey’s first novel, “The Snow Child,” was a finalist for the Pulitzer Prize. It’s now being made into a stage musical. Ivey makes her home in Chickaloon, Alaska, on Thursday, September 29, 2016. (Bob Hallinen / Alaska Dispatch News)

The tale of struggling 1920s Alaska homesteaders Mabel and Jack and their enchanted wild child has been transformed into a musical melding bluegrass, Americana and traditional musical theater songs.

The show will premiere at Washington, D.C.'s Arena Stage in April 2018, and the people behind it want to bring it to Alaska at some point.

The musical is a co-production with Juneau-based Perseverance Theatre. The idea for "The Snow Child" musical was born from a powerful Alaska theater community connection.

The director of the show, Arena Stage Artistic Director Molly Smith, founded Perseverance Theatre in 1979 and ran the company until 1998, when she joined Arena.

"Because of my passion for Alaska I've been looking for the right project to bring to Arena. Alaska begs to be musicalized because it's larger than life. Alaska itself is a character in 'The Snow Child' musical," Smith said. "What I love about the story is it's about the imagination; about how we create what we don't have in our lives. It's also about the nature of Alaska. (Ivey) really captured that elusive quality of what living in Alaska is about."

Perseverance commissioned the production. In 2013, Rotch first spoke to Ivey about the possibility of a stage adaptation. In August 2014, Perseverance licensed the stage rights to the book.

Ivey said she is honored that her novel was chosen. She added she has total confidence in Arena and Perseverance and feels no need to inject herself into the project.

"I'm a writer and that's how I think, so I can't imagine creating a visual image that represents 'The Snow Child' and I can't imagine what the music is going to be like. It's outside my realm of creativity," she said. It will be "as if I'm just another person going to see it. This is like some new reincarnation of the book. It doesn't really feel like it's my doing."

The first time Rotch told Smith that "The Snow Child" could be the collaboration they were seeking, Smith said her immediate response was "I'm in."

To evoke the sound of 1920s Alaska, Smith enlisted Alaska roots music veteran Bob Banghart to co-write the music and lyrics with Georgia Stitt, an award-winning composer, lyricist and music supervisor who has recorded with many Broadway stars, had her work performed at venues including The Kennedy Center and was a vocal coach on NBC's "America's Got Talent." The shows' book is by former Arena Playwright-in-Residence John Strand.

"Because this takes place in the 1920s, it made sense that the music would be bluegrass inspired," Smith said. "That's the music of cabin life."

The  time period of "The Snow Child" is one of the elements that made Rotch think it would make a meaningful stage production. Rotch said he's interested in shedding light on moments in Alaska history that don't get much attention.